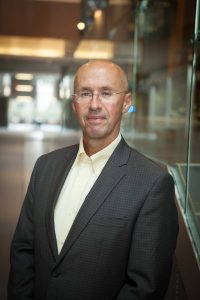 Kevin Page is the former Parliamentary Budget Officer of Canada. For readers unfamiliar with the Parliamentary Budget Office (PBO), according to its website the PBO’s mandate is “to provide independent analysis to Parliament on the state of the nation’s finances, the government’s estimates and trends in the Canadian economy; and upon request from a committee or parliamentarian, to estimate the financial cost of any proposal for matters over which Parliament has jurisdiction.” Now at the University of Ottawa, Kevin set aside time to communicate with readers of Open Shelf.

Q: What is the relationship between the PBO and the Library of Parliament (LoP)? How much interaction did you have with the library and its librarians when you were there?

A: The PBO was created by an Act of Parliament (Accountability Act) in December of 2006. Canada was not ready to make the PBO an independent office of Parliament, so administratively, it reports to the LoP. There are similarities in the things that both the PBO and the LoP do: They both provide research services to Parliament for instance, so there is symmetry there. But it is not always a natural fit. Although research support is common to both, LoP has a confidential model—if a Member of Parliament (MP) needs information for a private member’s bill or needs to prepare for a committee, librarians provide confidential support. The PBO is more of an accountability model and provides independent opinion. If the PBO continues to exist, it should be outside of the LoP.

Q: Can you elaborate on why they should be separate?

A: The PBO needs freedom from interference. For example, the Librarian of Parliament can override personnel decisions, prohibit the PBO from contracting with certain individuals or groups that could provide needed analysis and prevent the PBO from even having a website, all of which happened during my tenure.

Q: How does Canada’s PBO compare to equivalent offices in other countries?

A: Since 2008 and the financial crisis, there has been a proliferation of financial accountability offices around the world. In Canada the PBO was created because there was a perception by the (then) opposition government that we needed a way to keep the Minister of Finance accountable; in order to achieve that, Parliament needed more support on financial issues. We needed to arm our parliamentarians with enough information that they could go toe to toe with cabinet ministers and hold the Executive (branch of government) to account. Our PBO is modelled on the Congressional Budget Office in the U.S. which has existed since the 1970’s. But more than a dozen offices have been created in the last five years. Ours has a very broad mandate (similar to the US) but the resources to support the Canadian mandate are very small.

Q: Can you compare the resourcing of our PBO to that of other countries?

A: The US office has around 250 people. South Korea’s has 175. The UK and Australia, whose budget offices have half the mandate of ours, have around 30 employees each. Canada has 12-15 employees and twice the mandate. But, in some ways, having a small budget made us creative. We weren’t experts in costing fighter planes for example, but we learned who the experts on fighter planes were and made use of this expertise so that we released very high quality products relative to the resources we were allocated.

Q: When I think of the work that you did, it seems broader than financial forecasting and accountability. It seems that the PBO advocated for access to information more widely, which is a value at the core of librarianship. Is an expanded mandate possible for the PBO? And could you see librarians continuing your work to encourage increased access to government information.

A: In the context of Parliament, the PBO saw its role as two-pronged. The first part was to hold the Executive to account because the financial implications were huge. The second part was transparency. Taking the Crime bill as an example, the Minister proposed major changes to the Criminal Code which could have had a huge impact on Canadians, but provided almost no information to parliamentarians. MPs were asked to vote without knowing any details. The Cabinet Minister first said he couldn’t reveal the cost. Then he said that it was too difficult to cost out.

When changes are going to cost millions of dollars, it creates space for debate. That’s where librarians have a role. They can provide research on the options. They, like the PBO, can stimulate a policy debate. For example, why shouldn’t aboriginal kids have the same funding infrastructure for schools that kids in my neighbourhood have? Finance was the inroad into this broader conversation about whether Parliament is working. Once you open that debate, it’s a door for researchers and librarians to enter.

Q: Given that the government appears to be avoiding accountability, do you think scrapping the Accountability Act and the PBO is possible?

A: Since passing the Accountability Act in 2006, most Canadians would probably agree that accountability in government has decreased. The PBO’s role however, is not to force anyone to be accountable. If we had an impact, it was because there was a void in getting information out that enabled some degree of accountability. We tried to close some of the gaps.

Q: How can we teach people about their rights to access government information, how can Access to Information (ATI) issues be brought to the fore for average Canadians?

A: The very fact of writing this column will inspire people to act. But there is a cynicism now about government which is probably the biggest problem. People need to know that they can have impact. Encourage citizens to contact their MPs and put pressure on them.

Q: Information Managers in the government – they are typically librarians by training – what can they do to further ATI?

A: They are vital to the overall system and the proper functioning of government. They need to see themselves as part of the bigger picture and should be supported. When people take these positions, they have to see themselves as on a mission – they have to know that it’s going to be tough. My first boss was Munir Sheikh – he rose right to the very top as Statistician of Canada – and he walked away from it (over the cancellation of the long form census in 2010). When we have that type of leadership we’re in good hands.

Q: Something I’ve been thinking about lately is the psychological value of access to information and in particular the Indian residential schools records, and the government’s refusal to hand over the records to the Truth and Reconciliation Commission. What do you think about that?

A: It’s wrong. And it’s amazing in Canada, where there’s been so much attention on Nelson Mandela lately, even in this morning’s newspaper. Mandela’s commitment was to openness first. He was willing to learn from mistakes and move on. We haven’t had that Mandela moment. I was in South Africa in the spring, and there is a sense of progression there which we don’t have here.

Q: Do you have any thoughts on the cuts to Library and Archives Canada (LAC) made in the last year and half?

A: I think we have a self-made crisis. Canada was operating a surplus so the government cut taxes in 2006-2007. They cut the GST, corporate income taxes, and personal income taxes. We then went into the recession and starting running deficits. Government doesn’t like deficits and decided to cut funding to LAC and other federal libraries as well as funding to institutions of higher education. The LoP is underfunded. In the US, a single senator can have dozens and dozens of people working on one bill; that’s basically as many people as the LoP employs altogether.

Government manufactured the policies that led to this. There will be a price to pay. Will another government want strong libraries and restore the funding? If you’re in opposition today, everything the government has done is a gift. We can restore budgets and rebuild the federal library system, but it will require courage in terms of appropriate taxation to preserve our heritage. But we want public servants and government leaders who have that courage.

Q: Some believe that the cuts to libraries are not about fiscal responsibility but are an attack on science. What do you think?

A: Barak Obama said that a country that out-educates will out-compete in the future. Why cut institutions of knowledge and information? It’s pulling the rug from under us.

This article is based on an interview Jennifer Dekker conducted with Kevin Page on January 10, 2014 at the University of Ottawa. Jennifer Dekker is a Subject Specialist Librarian at the University of Ottawa serving the Faculty of Arts. She can be reached at jdekker  [at] uottawa.ca. For more information about the Parliamentary Budget Officer see their new website which now includes full text copies of publications and research resources.

The Interview column features prominent individuals in the field discussing current issues and presenting their own perspectives.

Colin Ellard & the Meanings of Space

Colin Ellard is a professor of psychology at the University of Waterloo. His obsession is…