2015 has been a fantastic year for diverse and difficult topics in the young adult sphere. Part of why On the Edge exists as a monthly column devoted to these topics is to help recommend books of potential interest to teens who may wish to explore these more difficult topics further.

My goal has always been to lend a helping hand when it comes to helping library staff find diverse reads that are both as realistic as they are challenging. I thought for the end of the year I’d share three of my favourite books that focus on sensitive issues, and why they need to be shared with our patrons. 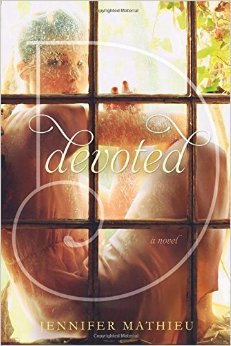 Devoted by Jennifer Mathieu: Devoted is a novel rooted in religious traditions, particularly that of those of smaller Christian faiths, such as the Quiverfull. It features Rachel, a young woman who is devoted to God, but according to her religious congregation is not allowed to leave the confines of their camp.

When Rachel discovers that one girl managed to leave the compound, so she begins to dream of what she believes is in the world outside. Can she be both devoted to God and her faith, but also be her own self? This novel looks at religion in a very powerful way, allowing the reader to understand both sides of Rachel’s dilemma.

It also allows the reader to understand and sympathize with her in terms of religious faith versus organized religion. Mathieu shares Rachel’s story in a way that is both heartfelt and challenging, never demeaning either point of view. Gorgeously written and thought provoking, Devoted leaves the reader with some powerful messages. 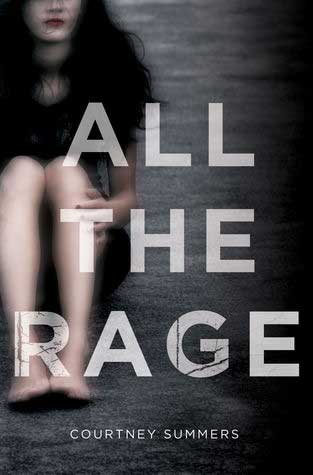 All the Rage by Courtney Summers: Nominated for the 2016 White Pine Award, All the Rage is an exploration of rape, rape culture, and the way in which institutions have failed victims of sexual assault. Romy is raped at a party, and her attacker is the town’s golden boy. No one believes she has been raped, and if she opens her mouth it will cost her family and friends.

Examining bullying, shame and silence, All the Rage is a book that will have the reader going through a variety of emotions, but most of all, it leave them  angry and disappointed in society. Sexual assault is a topic that has become more prevalent, and All the Rage reminds us that we need to be open and vocal on the subject. All lives matter, all voices matter, no one should ever feel like a victim. 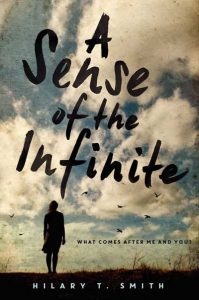 A Sense of Infinite by Hilary T. Smith: Much like All the Rage, this book is also nominated for the 2016 White Pine Award. Hilary T. Smith has this magical ability to write quiet novels with powerful punches. A Sense of Infinite is one of the best novels I read in 2015, mainly because it’s one of the few books that focuses on the power of friendship. How friendships change, how they evolve, how they pick up when time has passed.

Both Annabeth and Noe have secrets they are afraid to share with each other, afraid of how the other will respond, and yet despite their distance, they still manage to be there for each other in times of crisis. This is also an interesting novel in that it looks at sex, teen pregnancy, and even abortions, but does all three topics justice in a way that respects the level of sensitivity that each possess.

This book will open your eyes to how important strong friendships are, regardless of whether that person is by your side physically. It reminds us how loved and blessed we can be in a time of crisis, and how we often need others as a means to survive in tough ordeals. Major hats off to Hilary T. Smith for pulling all of these subjects off in a novel without a hitch.

I’d love to know from Open Shelf readers what some of the best, tough or more sensitive reads you’ve discovered in 2015 are. I hope you’ve been enjoying On the Edge, and I look forward to what topics will be highlighted in young adult for 2016.

Libraries are outspoken advocates for information accessibility and accommodations. As a society we want every person to…