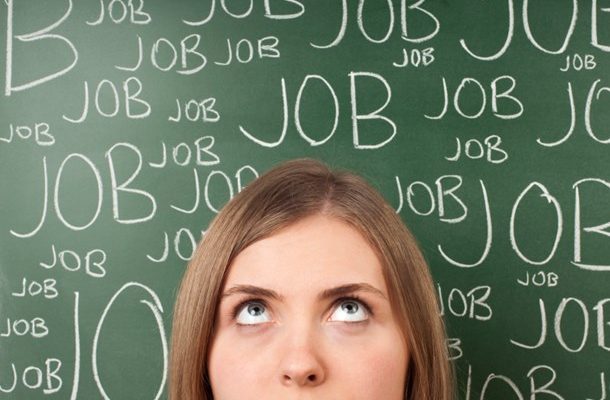 With the exception of a lucky few, most recent library school grads enter the job hunt only to learn that it’s pretty rough out there. There is no way around the fact that our LIS programs generate more graduates than the job market demands. Much has been written about the consequences of this oversupply of labour on the profession as a whole. What I want to focus on, however, is the perspective of the job seeker.

In preparing this article I visited a library job board and examined the first ten postings. I eliminated the senior positions, but included management positions (as many LIS grads enter the job market with management experience). I averaged the number of years of experience these ten positions demanded. It was 3.1 years. So take my small sample for what it’s worth, but many find that the climate is not friendly to the new MLIS grad. Some of these positions were one-year contracts, which is ironic if you consider that while they require three years’ experience, they themselves are putting far less on the table. Most perplexing are the positions that have a very specific number, like six or seven years. How did they decide five was not enough? Are they trying to cut down on applications? Regardless of the reason, it is clear what they are communicating: they are not interested, or able, to develop young talent on the job. They want a candidate to arrive fully formed and experienced.

Library blogs are rife with stories of MLIS graduates’ mental health strain, fear of failure, and pivoting to other types of careers in the face of the struggle.  To quote Jean-Luc Picard from Star Trek: “It’s possible to do everything right, make no mistakes, and still fail.”

So what do you do?

It’s true that the dynamic of supply and demand sucks, but you know what else is true? The LIS community is full of nice people who want to help you succeed.

One way to find guidance and support is through mentorship. The OLA provides this in spades. Every year at the OLA Super Conference they run a career centre. Job seekers and students can sign up for career coaching, mock interviews, resume critiquing, or speed networking with no OLA registration fee required.

Some programs have built-in mentoring too. When I was on co-op I was assigned a mentor, separate from my supervisor. The role of the mentor was to meet with me regularly and be available to offer advice and answer questions. The opportunity to ask questions without the fear of seeming like too much of a newbie in front of your supervisor was a tremendous asset. And I had a lot of silly questions. This experience helped demystify the world of conferences, student poster competitions, and lightning talks — of which I took full advantage.

In addition to mentoring opportunities, Ontario has a unique program aimed at recent graduates. In 2009, OCULA launched a three-year pilot residency program in Ontario for new librarians, the first of its kind in Canada. Colleges and universities apply to receive $20,000 in seed funding toward a one-year contract position for a new librarian. The best feature: for candidates to be considered for an New Librarian Residency (NLR) position, it has to be their first job.

While one new librarian per year will not address the disparity between volume of graduates and positions available, it does even the playing field. It demonstrates that even without half a decade of experience, new candidates can launch vibrant careers. I’ve heard that every NLR participant has been hired by their institution after their residency. Hopefully this sends a message to hiring committees elsewhere that experience is not everything.

My position as Scholarly Communications Librarian at OCAD University is a New Librarian Residency that has been a chance to develop my career. It has allowed me to participate in OCULA events such as co-planning the spring conference. It has given me a chance to take the lead on meaningful projects such as Open Access Week, policy initiatives, and collection building. What OCULA does to launch new careers and nurture graduates is a marvellous gesture in an otherwise harsh climate.

The NLR is changing its funding structure and as a result will not be offered this year. It is my understanding, however, that it will return next year, which is great news for recent LIS graduates everywhere.

Chris Landry is the Scholarly Communications Librarian/Digital Projects Curator at OCAD University and recipient of OCULA’s 2015 New Librarian Residency Award.  Chris can be reached  at clandry [at] ocadu.ca