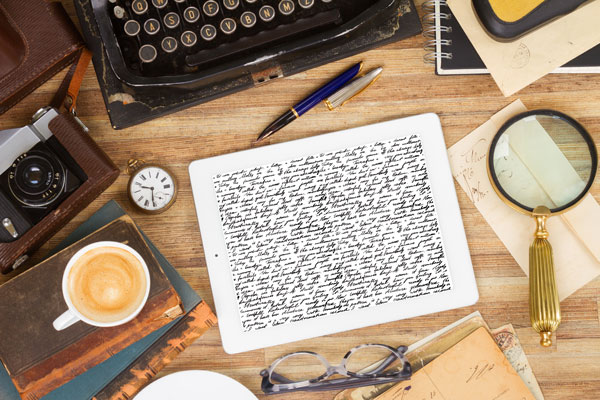 As part of NLS’s registration process we invited attendees to choose a few topics that they would be interested in discussing during the Birds of a Feather conversation. The topic “issues in the profession” was overwhelmingly the topic of choice. We thought this was fodder for a deeper probe. Are the issues that new information professionals identify the same as more experienced professionals? How do these perspectives differ when we consider the future of the profession?

What is the biggest issue currently facing the profession?

Early Career Information Professional (EC): I think that a major issue is the fact that a lot of people in the profession are constantly trying to justify why we exist. It’s almost like they are fearing our impending demise. The issue is that they aren’t thinking in terms of ‘we are relevant.’ They are always trying to justify that we aren’t irrelevant.

EC: A lot of great people are having a very difficult time getting employment. So yeah, the job climate is not amazing.

Mid-Career Information Professional (MC): To me the biggest challenge is really understanding how I can be the most valuable and feel like I’m making the most difference to people. It’s not always a clear line between what I’m doing and how it’s useful.

MC: The issue that I’m grappling with in public librarianship is how we are integrating technology, especially for kids. And more broadly what our role is in terms of our technology services and whether that fits with our modern concept of ourselves.

MC: The main issue is the question of hierarchy. I’ve noticed that while we talk about transparency and collegiality a lot, the decisions are still made at the top and basically left to be implemented by the people below that. That top down decision making structure, I think leads to all sorts of other issues around diversity, technological utopianism, funding, sustainability, service provision.

Late Career Information Professional (LC): There is so much going on in academic libraries that we are not sure what we should be focusing on. On one hand that is great, but it means that our attention is like “should we be learning bibliometrics? New metadata standards? Learning assessment? Digital scholarship?” There is a growing awareness of all of these things that we could do better and the question is which one of those things should we actually take the time to learn and do?

LC: We do have a crisis in librarians not wanting to be managers and it’s a concern. Someone else will step up who doesn’t share our values. And what does that mean to us a profession? We need excellence everywhere and the place I’m seeing the least interest in is running the library.

What do you think will be the biggest issue in the future?

EC: The ability to speak about your skill set. That is a profession-wide problem and I think will continue to be one. People have no idea what we do. I think the challenge is being able to actually speak to what you have done, what you know, or what you have learned in a way that you’re able to connect with other kinds of positions and professions.

MC: I think that the current university model is likely unsustainable. We’re soaking up more and more students and we’re increasingly treating them like consumers, with increasing adjunctification of the university, increasing de-professionalization of the library, as well as the cutting of labour forces and replacing them with technology or outsourcing. I have a feeling that that’s going to hit a crunch point in the next five-10 years.

LC:  I think there is a misunderstanding that libraries don’t actually need space. I’m not sure that the senior executives understand that because I hear them say “well you don’t need that space anymore because it’s all electronic.” So keeping the academic space for students is likely an issue moving forward.

What conversation do you wish would die?

EC: I remember reading this conversation on Twitter about how new librarians with jobs are just luckier than others. It was a bit offensive. The reason I got my job was certainly not luck, in my opinion. I spent a lot of time making applications and applying and I did a co-op and I worked hard. I don’t like this conversation about the fact that there aren’t jobs and that nobody is hiring, that’s false, and that those who are getting jobs were just lucky.

MC: A trend that I have become completely exasperated with (which is particularly painful in public libraries) is this constant desperate burning need to prove our relevance. It is so tired and old.

LC: The conversation about how we, as a profession, talk about how busy we are all the time as either a badge of honour or a way to deflect more work or use it instead of saying “that’s not my priority at this time,” which is a perfectly valid thing to say. Busyness pervades our culture and it impedes progress on important things. It doesn’t let us move as fast as we collectively should be and need to be.

LC: When I hear librarians say “oh we are faculty.” This whole status thing is a conversation that I wish would end. Why isn’t it enough to be a librarian? It’s like there isn’t enough pride in being a librarian. I find it a very odd inaccuracy and it is only for other librarians because no faculty member would say that librarians are faculty. So it actually diminishes our role in a way and I don’t understand it.

NLS: By the Numbers