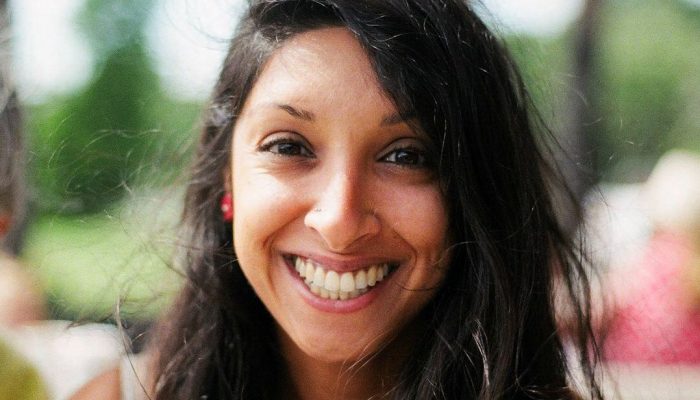 In the previous issue, I wrote about getting your first break as an academic librarian. While working in college and university libraries, we can sometimes feel like we work in isolation — many of us can relate to that feeling of working in silos. Yet, perhaps more often than not, it is collaborative efforts that are the key to successful services, programs, and outreach initiatives. I want to celebrate these collaborations: successes, failures, achievements, and contributions.

Over the past year, Ontario college libraries have been celebrating their 50th anniversary. To celebrate, five Greater Toronto Area (GTA) colleges came together for the 2nd annual Connect5 Conference. Connect5 is a one-day grassroots “library conference that seeks to strengthen the network between libraries, librarians, library technicians and staff in the GTA college libraries” (Connect5, 2017). The Connect5 Conference brings together the Seneca, George Brown, Centennial, Sheridan, and Humber College Libraries.

The conference originated from an idea sparked by Aliya Dalfen, a librarian from Humber College, and Shanna Pearson at Seneca College Libraries, after discussions at the 2015 OLA SuperConference. They realized that if they had questions about what other GTA college libraries were doing and how they were doing it, they likely were not the only ones. Thus, Connect5 was formed from a need to learn and share ideas and resources between GTA colleges. Current planners include Aliya, Junhui Zhang from George Brown College, Kathryn Klages from Seneca College, Karen Lints from Sheridan College, and myself representing Centennial College.

This year’s conference theme was “Celebrating Collaborations” — it was about celebrating the achievements and contributions of the GTA college libraries to student success. We asked our colleagues: what does celebration mean to you? How do we celebrate each other? What are some examples of collaborations between your colleagues, students, and faculty, or between the colleges? What success did you have in engaging the libraries in 50th anniversary celebrations? To learn more about how our colleagues answered, you can view the Conference PechaKucha presentations that celebrated “our successful projects, failed endeavours, future goals, and efforts to strengthen our libraries, students and college-wide communities” (Connect5, 2017).

Connect5 is a wonderful example of a collaborative effort that benefits librarians and library technicians. The conference helps keep college libraries relevant through new ideas, programs, and networks. It is an opportunity for us to learn from each other about successes and failures, ask questions, make contacts, and get inspired to try new projects at our libraries to improve student success.

For example, Connect5 includes a marketing table that gives an opportunity for college libraries to share communication and outreach resources. Centennial College shared their board game collection with colleagues at lunchtime: a fun, interactive, and hands-on way to learn about gaming librarianship. We also heard from Sheridan’s “material girls”, a group of librarians that helped launch Canada’s first materials library, Material ConneXion. Seneca discussed their failures communicating with faculty about open educational resources (OERs), and how they developed an effective strategy that used faculty-speak. Humber uses a combination of a daily planner at the circulation desk and walkie talkies to improve communications between full-time and part-time library technicians. Finally, George Brown collaborated with various college departments to integrate three new library services offered through the college learning management system (LMS).

I should mention some other notable collaborations. The development of Centennial College’s board game collection relied heavily on the expertise of colleagues at Carleton University Libraries. Centennial has also promoted this collection within the College and beyond, including most recently at OCULA’s Spring Social. This year, the Social was a joint venture with OLITA to host an evening of food, cheap drinks, laughter, and friendly competition where everyone left a winner. Keep your eye out for a save the date announcement about the OCULA Fall Conference, another collaborative initiative being organized by colleagues across Ontario.

The next time you are struck by a brilliant idea, write it down and find someone within your library, or outside it, to consider the idea from a different angle and strengthen your creativity. It is the collaborations we thrive on that keep us motivated, and for my part I am inspired to do better when I see the amazing work my colleagues at other institutions are doing. Whether you ask a colleague for advice, serve on a library committee, help with organizing an event, respond to a survey, or go to a conference and engage in group work, you work collaboratively — so do we really work in silos after all?

Thanks to our collaborations, the future looks bright. So “let’s all celebrate and have a good time” (Bell et al, 1980).

Sarah Shujah is a Librarian at Centennial College in Toronto and the President of OCULA for 2017. You can get in touch with her at sshujah [at] centennialcollege.ca.