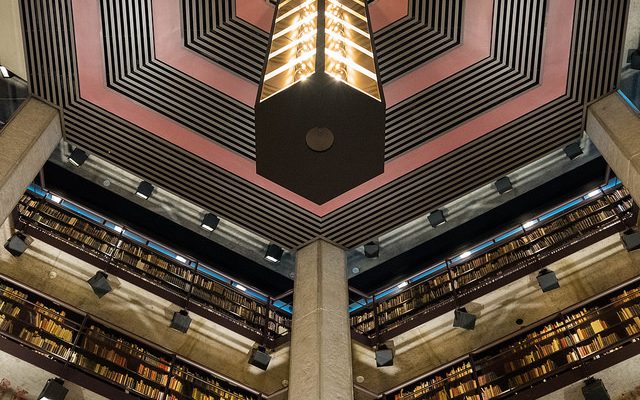 The recent re-launch of the digital special collections of the University of Toronto Libraries ensures continued free and open access to a wealth of material for a worldwide audience. The re-launch marks the completion of a total migration of the digital collections to a new ColdFusion platform. Designed to improve functionality and preserve the data so painstakingly prepared, the migration also allows for improved design and navigation of the sites. The range and depth of expertise involved in the development of these sites, as well as the technical expertise, the thousands of hours of preparation and meticulous description demand a continued investment of time and resources in order that these invaluable collections do not languish or disappear.

Digital special collections are an excellent tool for highlighting important, unique material held by institutions. These sites allow for the possibility of connecting with scholars, specialists and the curious in new and exciting ways.

For example, the discovery of insulin at the University of Toronto meant the difference between life and a terrible death for millions of people due to the ravages of diabetes. The more than 7,000 pages of photographs, letters, notes and charts related to the discovery of insulin and the early treatment of patients contained in the Discovery and Development of Insulin site are freely available to anyone with access to the internet.

This means that diabetics, parents of diabetic children, doctors, researchers and others can explore this incredible story from anywhere in the world. Digital collections often increase the desire for researchers to see the original documents, and to do further research. The Discovery of Insulin collections at the University of Toronto have been inscribed on the UNESCO Memory of the World register. The photograph shows Teddy Ryder and his sister, Margaret, “one of Lilly’s best customers”. Teddy began taking insulin under Dr. Banting in the 1920s as one of the first child patients and lived until 1993.

The 190 vellum pieces of Greek and Latin handwriting examples illustrate the development of handwriting over time from the 4th century to the Middle Ages.  Coptic in origin, the first several items illustrate the development of uncial writing from the beginning up to its decline in Egypt in the 9th century. The image below shows a 9th century Greek fragment describing the acts of an unidentified saint and Coptic homily.

You can see more examples in the Collection of Manuscript Fragments.

The illustration below is one of ten painted by Chamberlin to illustrate her very successful Canadian Wild Flowers.

Images and detailed notes of the North West of Canada taken by members of the Geological Survey of Canada represent an important record of traditional indigenous communities as demonstrated by the archival collections of J.B. Tyrrell. You can browse some of this material in The Barren Lands Collection.

This provides just a sample of the extensive collections available at the Thomas Fisher Rare Book Library and the many other libraries at the University of Toronto.

Jennifer Toews has been a librarian at the Thomas Fisher Rare Book Library since 2000. She can be reached at jennifer.toews [at] utoronto.ca.