This summer, I took the LivingWorks Start program for suicide intervention,  which is now available to Carleton University employees (Carleton is my home institution). I took the online workshop even though I have been a LivingWorks master trainer in the past. I decided it would be a good “refresher,” especially as our current institutional messaging places an emphasis on being attentive to students’ mental well-being. I think this introductory training is worth doing. If nothing else, a greater societal awareness of suicidal ideation and how to support someone who is thinking of completing suicide might help save one more life. 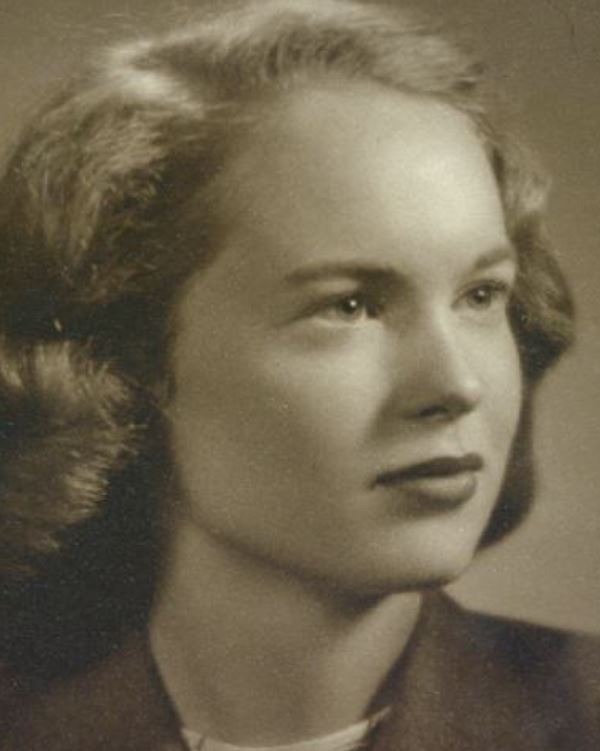 Why LivingWorks?
This is a photo of my mother, taken I think when she was in her late teens/early twenties.

She finished high school at 16, graduated from normal school at 17, and was teaching at Hopewell Avenue School by the time she was 18. She went on to do a first-class degree in Psychology at Queen’s, marry, teach school and finish her career as a school librarian. She was kind, smart, creative.

Mom completed suicide when she was 62 and it was like a sudden death to me. Afterwards, as I learned to live without her, I volunteered for Bereaved Families of Ontario-Ottawa Region as a peer facilitator of suicide survivor groups.

And then I took the LivingWorks two-day suicide intervention training and went on to be a master trainer for several years.

What is LivingWorks?
The “History” tab on the LivingWorks site is a good introduction to the inspiration and mission of the organization. In a nutshell, at a time when the suicide rate in Alberta was high (perhaps the highest in Canada), four mental health practitioners developed a model for suicide intervention that could be taught to anyone—like CPR and first aid is taught widely to many different people. Almost 40 years later, the LivingWorks training programs are recognized nationally and internationally as being effective in strengthening to capacity of communities to help those living with thoughts of suicide.

LivingWorks has several programs including LivingWorks ASIST (which I have taught on campus) and LivingWorks Start, the introductory online training that is now offered in our workplace.

Central to the training is a model which has evolved over time but is still grounded in a belief that by making space for people to talk about their difficult thoughts and feelings, by treating these experiences with respect and kindness, and by willing to intervene with help to find appropriate professional support, we can all support someone in deep distress.

Certainly, I have found that by having an effective strategy (a model) for having these types of conversations, I have more courage and confidence to talk with others about their thoughts of suicide.

How can LivingWorks help?
This training is critical to healthy communities for a couple of reasons.

One, the training enables community members to offer a safe space in which anyone can share what they are thinking and feeling. Research shows that often people who are thinking of suicide don’t always share their thoughts and feelings with professionals. Instead, they may open up to a friend, a colleague, or even someone who is just being friendly and seems to be listening.

By sharing, those who are thinking of suicide have an opportunity to unburden themselves, make space for alternative ways of seeing themselves, the world, and find other solutions to their problems. Perhaps make space to live one more day. However, for this kind of conversation to happen, there have to be folks in a community who know how to start, hold and finish such a dialogue.

Using this conversational skillset is like being able to give CPR and first aid: We don’t have to be the medical experts, we just have to be good-enough first responders, able to help someone connect with the people and resources that can support them longer term.

Two hours is not enough
I have long thought that we should be able to take the two-day training on campus—that this program should be core to our healthy workplace programming. The Start program is . . . a good place to start but two hours of education is not enough to significantly increase the capacity of community to respond well when someone is in mental and emotional distress. The two-day training is where we should be headed. There’s a lot to learn about being in a support role and, in this case, learning online, by one’s self, is not nearly as effective as being part of a supportive group where it is possible to ask questions, do role plays, and process a lot of information and feelings with appropriate support.

With any luck, enough Carleton employees will start with LivingWorks Start and ask for more training. Sure, suicide can be an uncomfortable, if not frightening topic, but in my experience, sitting with this discomfort can be better than sitting with the feelings and thoughts that come after someone has died.

This training isn’t for everyone, but I think it can be helpful to many of us. I encourage staff in other libraries to consider advocating for this program at their institutions—if it isn’t already available. And it is valuable training, whether we are coping with a pandemic or just the ups and downs of “normal” living.

Introductions are in order
While I have been formally introduced to the readership of Open Shelf since I began my stint as Deputy Editor, I recently realized I have yet to properly introduce myself (Hello, how are you?) and put a face and personality to the name you see in email responses from the Open Shelf email address.
From the editor: Time for a 1% change
1% daily improvement or, have big dreams, set big goals, and then do a little bit everyday to make these dreams and goals a reality”. Chris Nikic’s approach to athletic training is clearly a good one, for triathletes as well as editorial teams.
To volunteer
April 19-15, 2020 was National Volunteer Week in Canada. OLA recognized the many members of the library sector in Ontario that contribute to the strength and success of the association, including those who produce Open Shelf.
793.73: Quotable creeps