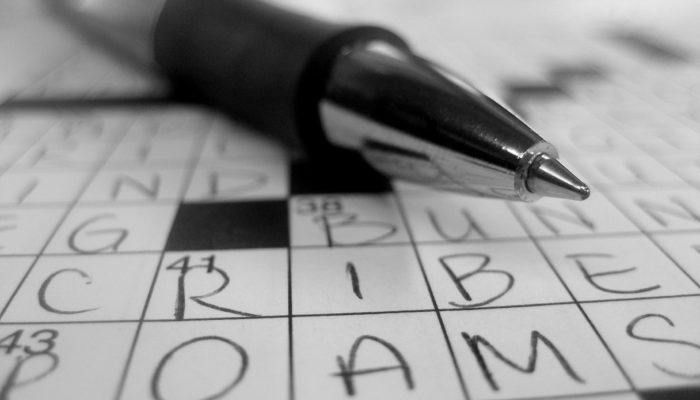 Douglas Davey is our cryptic crossword, puzzle, and now quiz creator. For this second installation of his monthly column, 793.73, Douglas brings us a collection of revealing trivia questions in order to celebrate women at the Oscars and challenge disparities in recognition of achievement based on sex and gender. Harness your inner cinephile and try to get as many answers correct as you can!

Follow the link above the questions to find a printable version and the one below them to find the answers.

When #OscarsSoWhite trended in 2015, the membership of the Academy of Motion Pictures Arts and Sciences (the group that chooses the Oscar winners) was an unsurprising 92 percent white. The hashtag was a call to action, encouraging the Academy to embrace and celebrate a greater diversity of films and filmmakers. Race isn’t the only place where these awards come up short; the Oscars also have a sex and gender problem. In 2020, no woman was nominated for Best Director, and only one Best Picture nominee focused on a female cast. Historically, a film nominated for Best Actor is 75 percent more likely to get a Best Picture nomination than one nominated for Best Actress. The Academy has made some strides, but clearly still has a long way to go.

Here are some trivia questions designed to elevate female filmmakers and actors. Give yourself 2 points for every correct answer and 1 point for every bonus.

BONUS: In winning Best Picture, the director in question defeated her ex-husband who was also in contention. Who is he AND what movie was he up for?

Q2: In 2020, Natalie Portman arrived on the red carpet with a long black coat embroidered with what?

BONUS: Natalie won Best Actress for her role in what 2011 film?

Q3: Meryl Streep holds the record for most Oscar nominations. How many nominations has she received?

BONUS: Name one of the two movies for which she won Best Actress.

Q4: At what age did Tatum O’Neal become the youngest person ever to win a competitive Academy Award? (It was 1973)

BONUS: For what movie did she receive the award?

BONUS: For which film did she win?

Q6: In 1968, Katharine Hepburn and Barbra Streisand tied for Best Actress. How was it resolved?

BONUS: Name one of the movies for which they were nominated.

Q7: In 1981, Katharine Hepburn won an Oscar that led her to become the first actor to achieve which feat?

Q8: Who broke barriers as both the first Black and first female solo host of the Oscars?

BONUS: In what year did she achieve this feat?

Q9: Who is credited with creating the #OscarsSoWhite hashtag and movement?

BONUS: What is the name of the similar hashtag and movement begun by celebrities in 2018 with a mission to stop sexual harassment?

Q10: The word “actress” has a complicated (and not always pleasant) history. Some have called for the elimination of gendered awards, but the Oscars continue to present “Best Actress” and “Best Supporting Actress” trophies. The SAG Awards are also gendered, but use different phrases. What are they?

BONUS: What does SAG stand for?