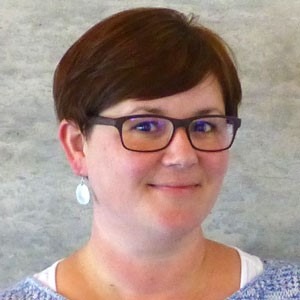 Nathalie Soini is Head of Information Services and liaison librarian for French Studies and Languages, Literatures, and Culture (LLCU) at Queen’s University. She has been ABO-Franco president (2005-2006), OCULA Vice-President (2008), OCULA President (2009), member of the OLA Mentoring Committee (2015-2016), and French editor for the journal Partnership (2016-2018).  Nathalie has a B.A. (Hons) in German and Spanish, (Brock University) an M.A. in Spanish (University of Toronto) and an MLIS (Western University).  She can be reached at soinin [at] queensu.ca.