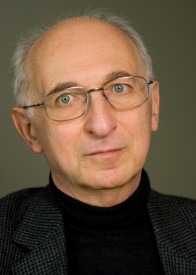 Peter Hajnal is a Fellow of Senior College and Research Associate, Munk School of Global Affairs & Public Policy, University of Toronto. He has been a member of the G7/G8/G20 Research Groups since 1988 and attended fourteen G7/G8/G20 summits as a media correspondent. He is also a member of the Academic Council on the United Nations System, the Union of International Associations, the Association of Former International Civil Servants and the American Library Association.

In addition to a number of articles, book chapters and conference presentations, he is author or editor of eleven books, including: Guide to Unesco (Oceana, 1983); International Information: Documents, Publications and Electronic Information of International Governmental Organizations, vol. 1, 2nd, rev. and enl. edition (ed.)  2 vols. (Libraries Unlimited, 1997 and 2001); Civil Society in the Information Age (Ashgate, 2002); Sustainability, Civil Society and International Governance: Local, North American and Global Perspectives (Ashgate, 2006; co-edited with John Kirton); and The G8 System and the G20: Evolution, Role and Documentation (Ashgate, 2007; also published in Russian and Chinese editions). His latest book is the second, revised edition of The G20: Evolution, Interrelationships, Documentation (Routledge, 2019; an updated Chinese version of the first edition was also published).