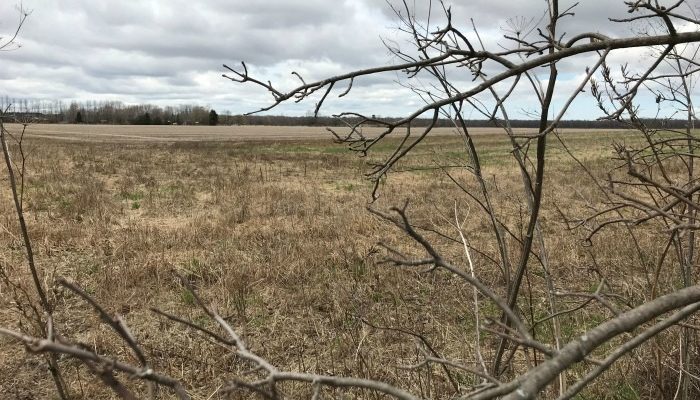 I pass acres and acres of farmers’ fields on my way to and from work. I think of these patches of land in terms of the corn and soybeans that will be produced each year, not as sources of greenhouse gases. But they are. And when Erin Turnbull had the chance to build a tool for measuring the daily greenhouse gas output of agricultural soil, she seized the opportunity, using one of the laser cutters at the Ottawa Public Library to do so.

Erin Turnbull is a fourth-year student at Carleton University doing a combined honours B.Sc. in physical geography and earth sciences. She has a long-standing interest in numeric modelling—representing phenomena using mathematical equations—but was ready to do “something more scientific and hands-on.” Through her program advisor, Prof. Richard Amos, Erin learned of an agricultural greenhouse gas project that seemed like a good fit.

“Greenhouse gases are influenced by agricultural soils,” explains Richard, whose research includes groundwater flow modelling. “Nitrous oxide and carbon dioxide are released in the production of crops, and the purpose of this project is to understand how farming practices influence this process.”

Sounds potentially stinky, but not so says Richard. “We wouldn’t notice the release of gases while farming, but we can link this cycle to climate change.”

Erin, along with M.Sc. student Oliver Blume, joined the research team. Her job has been to build and test a tool that researchers could use to measure soil gases every hour; i.e., an autosmapler. She recently presented her project (Automated soil gas sampling and analysis) at an undergraduate research conference held in the Carleton University Library. What really caught my eye was the full-scale model of the testing device that she has built. The device is a combination of circuits and wires mounted in an acrylic box, all hooked up to a laptop. Probes are inserted into the soil and connected to the autosampler. The data is then captured and transferred to the computer for analysis.

“Emission of greenhouse gases from soils change over short time scales; i.e., hourly,” Erin tells me. “Typically, we take measurements once a week, but with this device, we can test gas emissions several times a day. Our hypothesis is that these daily readings will be more representative of emission levels than weekly ones.”

Because we were standing in Carleton’s Discovery Centre, I assumed that Erin was able to use our 3-D printer to make some of the parts for her device, but no. “Carleton doesn’t have a laser cutter, which I needed,” she says. “But the Ottawa Public Library does.”

The initial prototype of the measurement device was a collection of components that functioned but were mounted on a piece of cardboard. The team wanted a more stable way to house these components, and Erin decided to try building an acrylic box. She already knew about the laser cutters, which are just one type of equipment available to library patrons in the Ottawa Public Library (OPL) Imagine Space.

“My wife has made board-game pieces using this tool at the OPL,” she remembers. “The pieces were etched beautifully, and I knew that I wanted to use the cutter at some point.” This project was the perfect opportunity.

Erin designed the box using Inkscape, an open-source vector-drawing program. She spent approximately five hours working up the design and then went to Staples to make a foam-core printout, which she tested, adjusted and then reprinted. With design in hand, she then booked a laser cutter at the OPL Nepean Centrepointe Branch, which is where the Imagine Space is located.

Using the OPL laser cutter meant that Erin could try to custom-build a box at the cost of the materials alone.

The Imagine Space offers multiple resources that range from take-home Arduino kits, to 3-D scanning technologies and 3-D printers. Laser cutters have been available in the space since April 2014 and, according to Mary Jane O’Neill, are very popular—particularly the Epilog Helix and Mini laser cutters. Mary Jane is the Public Service Supervisor at the Nepean Centrepointe Branch and oversees the Imagine Space. She has found that “these lasers cutters allow OPL customers to engrave and cut in a variety of materials such as paper, wood, acrylic and glass and have been the stepping stone to a multitude of creative projects.”

Using the OPL laser cutter meant that Erin could try to custom-build a box at the cost of the materials alone. “This service is free and open to everyone who completes the free one-hour certification course.” She’s very happy with the results. “It turned out great. It’s a bit smokey, but the acrylic is lovely, and the hardest part was finding a glue for acrylic.”

The next step in Erin’s project is to test the device out in the field (pun intended) this summer. Testing will take place at the Watershed Evaluation of Beneficial Management Practices (WEBS) research site, located near St. Albert, Ontario.

According to Richard, this kind of research is critical to understanding the relationship among soil, farming and climate change. “We’re experiencing changes in our climate: More floods, more forest fires, more severe weather,” he says. “And these changes are just not a weather problem but affect us immediately, drastically.” Richard (who has presented his own research at the OPL through Carleton’s Science Café series) believes that if we have the opportunity to learn something that can help people make a change, “then that’s worth doing. And in many cases, these changes aren’t necessarily costly to farmers. They can just be relatively simple changes to best practices that can help.”