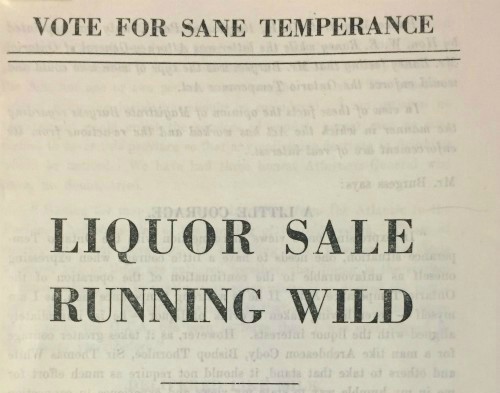 A political paper trail of sorts will start this spring. Candidates hoping to win a seat in the Ontario legislature will hit the campaign trail for the 2018 general election and with them will come what we at the Legislative Library lovingly call “campaign literature.”

Either at your front door, on the street or elsewhere in your riding, candidates and their campaigners will be handing out leaflets, pens and buttons.

But these artefacts are more than just paper, plastic or metal—they are evidence of our political process at work. And staff at the Legislative Library need the help of their colleagues at Ontario’s public libraries to collect this evidence.

Election process 101
To understand why it’s important for libraries to preserve such materials, let’s back up a little bit and review our election process.

At least 28 days before the polls open on June 7, a few things need to happen for the election process to unfold properly:

Here is where the campaign literature comes into the process. Candidates use all the pamphlets, leaflets and other materials to share their ideas and policies. Thus, these documents have a primary value: to help voters decide which candidate to vote for.

But these artefacts also have an important secondary value. 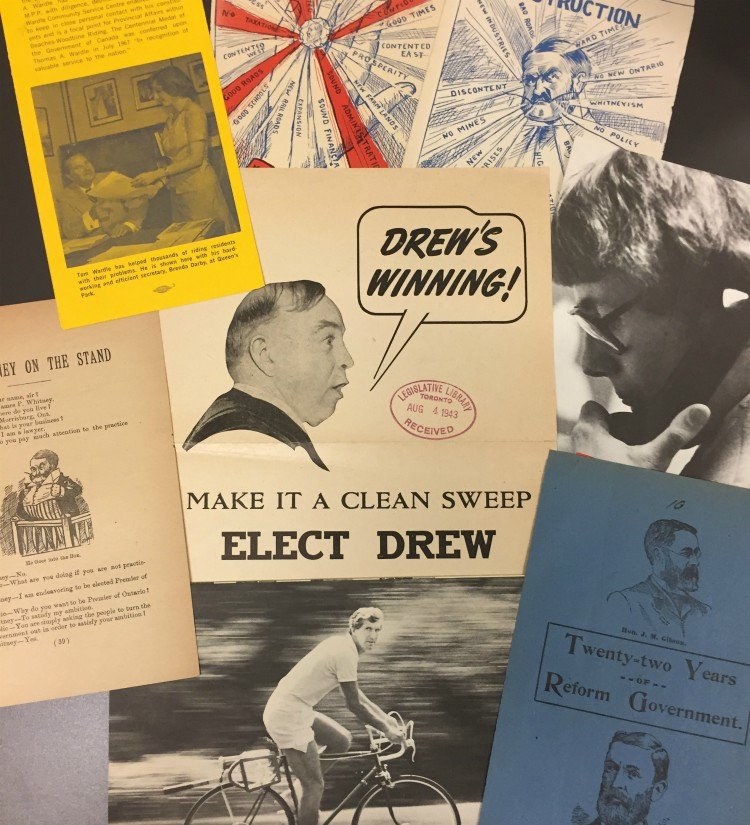 Campaign materials as historical evidence
When the next general election is called in four years, or many years after that, campaign literature will become valuable to the historical record of our political process.

As a collection, campaign literature will become a time capsule that capture the issues of the day and what concerns were at the forefront of Ontarian’s needs, hopes and worries. The literature records what ideas and policies were proposed, by which candidate and which political party.

Beyond capturing political priorities, such a collection will also record how candidates communicated with voters, what the design styles were, and even what the trends of hair and dress were! <

Also of future or historical value is what candidates chose to hand out besides paper. From pens to snacks to various other swag, this “literature” (for lack of a better term!) captures what items were selected to hand out to the voting public. And these artefacts represent our “material culture”—the physical objects that help define our society at a moment in time.<

The more things change, the more they stay the same
The Legislative Library maintains a collection of campaign literature going back over 150 years. The earlier pieces represent parties rather than individual candidates and are text-heavy, with multiple pages outlining the party’s successes, the failures of other parties and why their party should win the election.

The items in this collection reveal that not much has changed in political messaging over the past century and a half! The issues highlighted by such literature are familiar because the embedded themes have been used before. Here are a sample of quotes from the turn of the century: 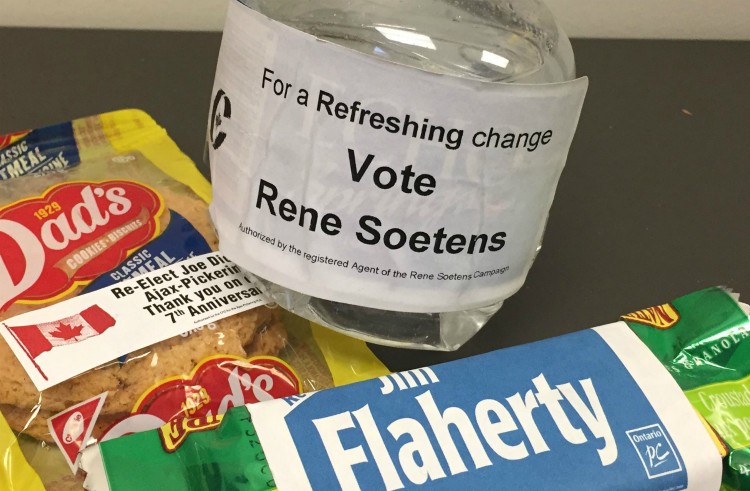 I wonder what may be handed out this election?

We need your help
The Ontario Legislative Library has endeavored to collect as much campaign literature as possible from each general election. But the collection has never been complete and, in recent years, has been skewed towards literature distributed within the Greater Toronto Area (GTA). Our current goal is to compile a more comprehensive sample from across the province, especially as elections will be held in 17 new ridings.

How will we achieve this goal?

We are asking staff in public libraries to reach out to your patrons to drop off at your library any literature (including swag!) that they receive. We are in the process of planning the collection and delivery process and more information will be available shortly.

Elections can be fascinating, frustrating, and fun to watch. With a deep and rich collection of campaign materials, the Legislative Library can ensure that there is a good election “paper trail” for us to follow in the future.

Julie Anderson, Manager, Content Management, Legislative Assembly of Ontario, can be reached at julie.anderson [at] ola.org.