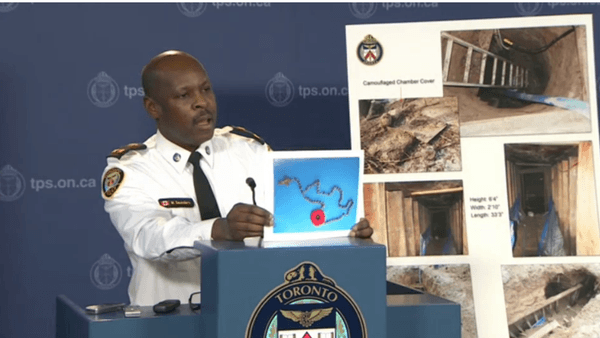 The story of the mysterious tunnel in Toronto went viral. Who did it? What was it for? And most importantly … why would anyone do this? Speculation was rampant.

We are now told it was simply a dude project; something a few guys did for the lulz.

Don’t you believe it! 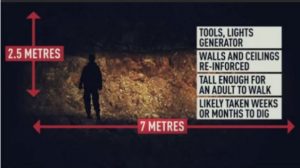 Open Shelf’s crack investigative reporters have uncovered the surprising truth! The “official” explanation is a cover up; it’s story to keep you from discovering the real purpose.

Because it’s not a tunnel at all!

Yes, the Ontario Council of University Libraries (OCUL), the innovative bunch that they are, needed a cost effective means to store their dated monographs and journal back runs.

However, the scheme was much more ambitious than this one dig.

We anticipate that our intrepid investigators will soon uncover similar places throughout the province. Yes, a network of bunkers is envisioned by OCUL, connected by tunnels and providing providence-wide access to key research materials. Dubbed the OCUL Underground Collection Hub, OUCH for short, this project breaking new ground with its creative use of subterranean locations. Clearly OCUL sees this as a new part of the deep web.

With funding for this project from the Ontario Ministry of Northern Development and Mines, OCUL has once again dug into alternative capital sources to support its work. As part of the agreement with the Ministry, “books” will now be referred to as “aggregates.”