When I was in the sixth grade, I began to receive anonymous letters in my desk, stating that my best friend “hated me.” It felt strange to receive letters stating that my best friend hated me given that things seemed fine on the surface. I remember how much those notes took a toll on myself self-esteem. One day, I was confronted by my best friend’s little sister who stole her diary and read out an entry that changed our relationship forever. Well, whatever forever was in the sixth grade (we’ve actually been friends again for well over ten years).

It was the first time I had contemplated committing suicide – because the person who I thought validated me, had in fact at the time back stabbed me in a way that made me feel worthless, low, and unimportant. It was the first time I had ever truly been bullied, and something I’ve never forgotten. The same year after that falling out, I made friends with a girl who turned out to be our school’s actual bully. Oddly, I felt protected being in her presence – she seemed normal, almost a good person when she wasn’t tormenting those who she deemed lower her. We had a strange relationship, but the day she asked me to bully someone else, I ended up walking away.

After being bullied, I refused to become a bully myself. The idea of harming others with words was nauseating. Instead I took to a new tribe during those dark years, a group of boys who liked to play video games. They didn’t judge me and I felt in debt to them.

Bullying is an important topic in young adult literature because it’s one that anyone can relate to, whether you’ve been bullied or the bully. In some situations even, there are people like myself who have crossed into both territories and have seen the results. When you’re young and impressionable you often feel the peer pressure. However, I feel compared to when I was in school that children and teens in this generation have it much rougher than I did. 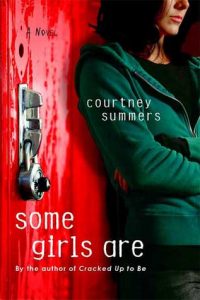 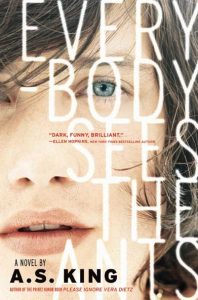 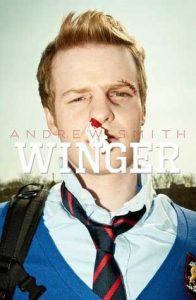 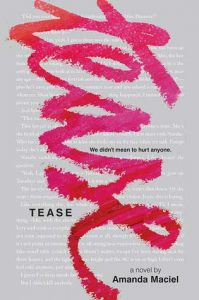 Courtney Summers explores the topic of bullying in one of the most raw and disturbing ways with her novel Some Girls Are. In the story former popular girl Regina is displaced by her former group of friends after a rumour goes viral. It’s one thing if Regina was guilty of the crime her clique thinks she committed, but she is never given the opportunity to testify for herself. Instead, Regina suffers what she used to do to other students in Hallowell High – a former bully becomes the bullied. This story is ruthless in its approach, reflecting on the cruelty of high school life, especially for those who were once on top and have hit rock bottom. It’s novel that once you finish reading it, it leaves you angry, frustrated, and quite contemplative.

In A.S King’s Everybody Sees the Ants and in Andrew Smith’s Winger, the level of bullying goes into some dangerous territories, most notable through the use of humiliation. In King’s novel, the protagonist Lucky Linderman is relentlessly bullied by a senior named Nader McMillan, who goes so far as taking explicit photographs that he threatens to make public. In Andrew Smith’s Winger, the story is about a fourteen year old boy who is bullied by his boarding school roommate and is considered the school loser. However, Ryan Dean West, the hero in Winger is not without faults, as he can be just as bad of a bully as his roommate, determining that there are others who could be more worse off them him.

Being a victim of bullying comes in a variety of forms, as we know through stories such as Amanda Todd, a young girl who posted her plight through YouTube and days later was found dead. In Amanda Maciel’s Tease, we are given the perspective of two teens who are being charged for the suicide of their classmate because they bullied her. By using this perspective we see how Sara and Breille, bully the victim, Emma, through the creation of a fake Facebook profile which they leave open for the entire school to see and abuse. Everyone in this school devalues Emma, calling her “a slut,” “bitch,” and every other word imaginable.

However, we don’t even see Emma in the story, even during the flashbacks, we simply see the horrific side that Sara and Brielle attempt to deny throughout. Much like Amanda Todd, or even the other heroes listed above, there’s no good reason or this, and it’s amazing how the power of words is able to stranglehold people into thinking they don’t matter, belong or aren’t worthy of love and attention.

With school beginning again, it’s important that we assist teens who may be curious in this topic, be it through reader’s advisory or even displays. Bullying is a topic that never seems to go away, and has intensified in a way over the years that makes it both horrific and sad. Teens have it rougher now than they ever did, as technology can play such a larger role in how verbal wounds can be inflicted.

What all these texts have in common is that they teach the reader what happens when we are too late in catching the problem. What we need to do going forward to combat bullying as a whole.