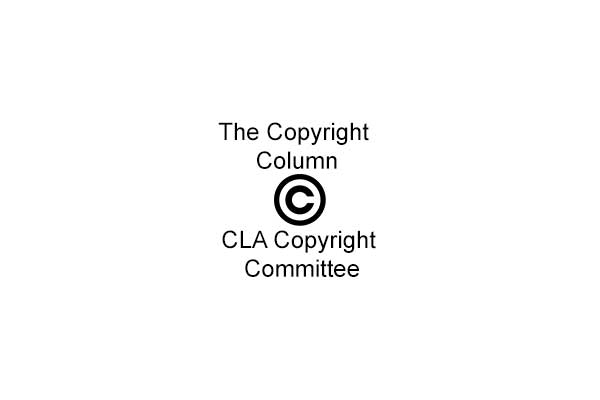 In 2014, the Newfoundland and Labrador Department of Education decided that it would like to use the Katy Perry song “Roar” as background music in a video to be created showing how to perform a dance choreographed to “Roar.” The plan was to distribute a link to the video to all schools in the province a month before “violence awareness week” and students would learn the dance in physical education class. The song “Roar”, which is about being your own best champion (“I went from zero to my own hero…”), was carefully chosen by the Department (in consultation with the proposed choreographer).

Margaret Ann Wilkinson (mawilk [at] uwo.ca) is Canadian Library Association Copyright Advisory Committee editor for The Copyright Column. These copyright columns are authored or co-authored by members of CLA’s Copyright Advisory Committee and are published after peer-review by the rest of the Committee. The opinions expressed in these columns are those of the authors and do not represent the position of the Committee, of CLA or of OLA on any given topic. No column is intended to provide legal advice. 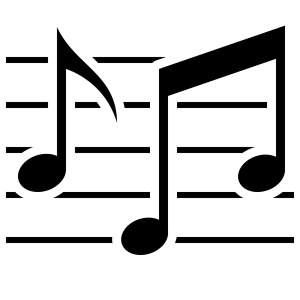 It was selected not just for its popularity, but for its message of self-empowerment and standing up for yourself to combat bullying. These sentiments fit perfectly within the violence awareness week’s theme of “Find Your Voice, Not Violence.” The culmination of the idea was that, during violence awareness week, all K-12 students across the province would perform the dance at the same time, flash-mob style, and thereby be united in a message to stop bullying.

The Department was willing to pay to secure the necessary copyright permissions, but, after all copyright holders were identified and contacted, it was unable to create the initial video (setting the proposed choreography to “Roar”) as it could not secure permission from Katy Perry’s record label, Capitol Records.  A year later, the Department is still unable to move forward with its choreographed “flash-mob style” idea, hampered by copyright.

While the topic of copyright, in general, tends to be one that raises a lot of confusion and uncertainty, when the issue involves music, a whole new level of complexity is often introduced. Couple the intricacies of copyright in music with the notion that music is meant to be enjoyed and shared, it is not surprising that a large number of copyright infringement cases reported in the media center on popular music. From the American Napster lawsuit to the recent American suit in which Pharrell Williams and Robin Thicke’s “Blurred Lines” was found to infringe on Marvin Gaye’s “Got to Give It Up”, there have been no shortage of examples of high-profile copyright infringement cases involving music.

Even where there is no infringement, the complexity of music copyright is evident: a New Yorker article about the streaming music service Spotify reported that CEO Daniel Ek grossly under-estimated the amount of time and expertise needed to obtain global licenses from the major music companies: he thought it would take six weeks; it took two years. If the complexities of music licensing and copyright are enough to boggle the mind of a technologist and music company CEO, what about the rest of us?

In November 2012, the Copyright Modernization Act amended s 29 of the Copyright Act to include “education” as an allowable fair dealing purpose. With the addition of “education,” much has been written about the interpretation of fair dealing for educational institutions. However, little guidance has been provided on non-text formats, particularly music. A review of copyright guidelines from the Association of Universities and Colleges of Canada (AUCC) reveals little information on the treatment of music (and what little it does say is discussed further within this column).

The Association of Canadian Community Colleges (ACCC) did have a policy similar to that of the AUCC but, now known as Colleges and Institutes Canada (CICan), it no longer appears to post such a policy on its website. However, in 2012, the Council of Ministers of Education, Canada (CMEC) released a 3rd edition of Copyright Matters!, which does address questions about the reproduction of musical scores, and the performance of musical works. In general, however, one might expect that the best sources of music copyright information would tend to be from specialized organizations such as the Music Library Association (MLA), which features a “Copyright for Music Librarians” resource on its website. However, this resource is U.S.-focused, and is of limited value to educators working with music in Canada, as the copyright laws of the two countries differ. The Canadian Association of Music Libraries, Archives and Documentation Centres (CAML), the Canadian equivalent to MLA, does not provide any resources relating to copyright on its website, although copyright issues are addressed within its membership, either by direct correspondence between members, or via its Listserv.

This column, recognizing a gap in information regarding the treatment of music, will address some of the common issues that arise with music copyright in an educational setting.

[Editor’s Note: Open Shelf is collaborating with the CLA Copyright Advisory Committee to publish their authoritative and insightful articles regarding copyright issues in Canada. These contributions are longer than typical Open Shelf articles, and contain the appropriate references and footnotes necessary to fully discuss issues regarding copyright. As a result, only the “Introduction” to this article is published here. The full article is available as a PDF via the link below.]

Becky Smith is the Music Librarian at Memorial University of Newfoundland. She also acts as a liaison for copyright matters for the Music Resource Centre and is a member of the Senate Committee on Copyright.

Jeannie Bail is an Information Services Librarian at Memorial University of Newfoundland. She is a member of the CLA Copyright Advisory Committee, the CAUL-CBUA Copyright Committee, and Chairs the Senate Committee on Copyright at Memorial.

Copyright in Photographs in Canada Since 2012

The Public Lending Right in Canada: a Librarian’s Perspective