The October 19th election will soon be complete and a new parliament will be determined. Whatever their political stripe, the library community will want to influence these politicians. Not an easy task. 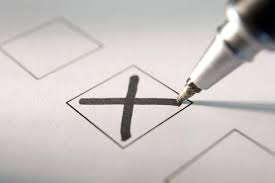 It was good to see the Canadian Library Association’s #VoteLibraries2015 campaign active during September and October. It helped promote a few key issues (stable LAC funding, long form census, copyright) and raised the profile of libraries (at least somewhat).

The tool created for this campaign was designed to be reused for future federal and provincial campaigns. CLA hopes provincial and territorial associations will adopt and adapt it for their own use.

Some other library related issues received attention: Bill C-51, closing of science libraries, muzzling of scientists. Some didn’t get any attention at all: broadband, literacy, equitable access, and a litany of others.

But “voting libraries” probably isn’t really a thing. We almost never appear as a specific platform item and all the parties have some vague elements that support our work or advance our aspirations. However, keeping libraries in the minds of politicians, influencers, and the general public is never a bad idea.

And that’s where the proposed new Canadian Federation of Library Associations comes in. Yes, yet another library association. But wait, this one’s different. Really.

Toward a Federation of Library Associations in Canada: Strengthening the National Voice for Canadian Libraries (2015)

[Disclaimer: I’m the current Treasurer & member of the Executive Committee of the Canadian Library Association; I’m also a member of the Working Group that authored the report on the proposed new Federation]

This is not a revitalized or reinvented Canadian Library Association. Part of the proposal (fully supported by the CLA Executive Committee) is to dissolve CLA. The Federation is the result of the library associations across Canada coming together to create an entirely new organization. Assuming CLA member approve, the assets of the former CLA will go to the new Federation.

While the end of CLA is bittersweet (I’ve been a continuous member since the late 1970s), it was clear the association was no longer fulfilling its function. Membership has declined and its effectiveness has been muted.

While libraries and librarianship are often focused on ideas (as they should be), it is ideas coupled with actions that truly change the world. In this spirit I’d like to acknowledge the extraordinary role played by Sandra Singh (Chief Librarian, Vancouver Public Library & current CLA President) in the development of the proposed Federation.

With the approval of the Working Group (a committee representing 13 different library associations), Sandra has chaired this group and provided the exceptional facilitation that identified key priorities, bridged differences, and nurtured a powerful report. It was an honour and a privilege to work with Sandra.

There are many hurdles yet to overcome in order to bring the new Canadian Federation of Library Associations / Fédération canadienne des associations de bibliothèques (CFLA/FCAB) into existence. It is not a forgone conclusion that the Federation will be supported by the library community.

The many library associations across the country have worked long and hard to craft the best option for a renewed and strong national voice for Canadian libraries. It’s now up to you.