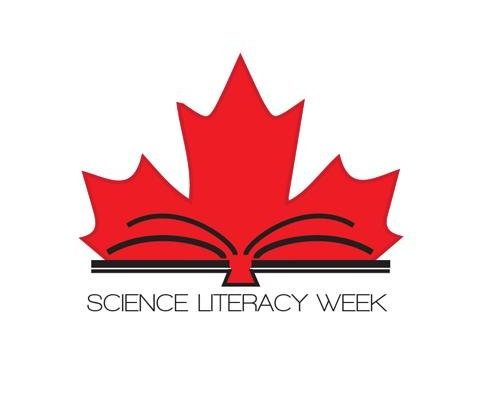 Science Literacy Week is an upcoming nationwide celebration of science scheduled for September 19th-25th.  The week is above all a chance for great science outreach organizations (libraries, museums, science centres and more) to join together and showcase their work in bringing science to the public in a big way.  In its first year (2014), the week had 5 events in Toronto, in its second it had 300 events in 40 cities by 110+ participants.

Libraries form the heart of the event – and it all starts with prominently displayed selections of popular, accessible science books.  Rather than hiding in the back of libraries, the week gives these engaging, exciting reads a chance to see the light of day.  Over 250 individual branch libraries participated last year coast to coast with such displays.

Furthermore, the week provides not only a chance for libraries to create excellent science programs of their own, but also partner as venues for local science groups.  Last year there was a bit of everything involved – nature hikes, astronomy nights, science demos, public lectures – all hosted by libraries.

For 2016, there are already 125 partners and counting, as well as more coordination within cities and more prominent groups helping to spread the word.  This has the potential to become the pre-eminent event in Canada for highlighting just how spectacular our science outreach can be.

Want to know what collections to highlight? The following are some books to consider from a variety of categories. For more ideas, visit our website.

Jesse Hildebrand is the founder of Science Literacy Week. He can be reached at jessehhildebrand [at] gmail.com.