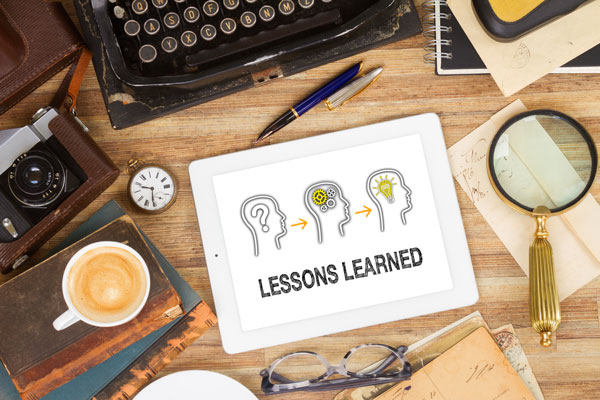 As to be expected with organizing an event for the first time, there was much for us to reflect upon and take forward.

First, we realize that we need to draw upon a richer pool of participants for programming. Since the event was brand new, we had to rely on having a pool of invited speakers. Though we did our best to attract folks representing the breadth of the information science field, the reality is that most of them were still librarians. This was unavoidable in some ways: since both of us work in an academic library, the majority of folks we know also work in this sector.

Ideally, once the event becomes more established, we will be able to issue a call for participants. Hopefully that will result in a broader representation of the diverse occupations within the information science field.

Likewise, we will have to reconsider the ways in which the event is advertised. We relied largely on word-of-mouth, Twitter, and OLA listservs. This wholly unscientific approach attracted a large number of (you guessed it) academic librarians. While we recognize that it is easier for academic librarians to access professional development opportunities, we believe that it is imperative for new professionals from all settings to participate, not only to foster better and more interesting dialogues, but also to keep with the ethos of inclusivity.

While we were able to award a number of travel bursaries, we would like to expand this offering in a way that could attract more public/special librarians, information specialists, and individuals who live further away.

Second, we would like to incorporate more participatory programming. Although approximately one third of the program was devoted to Q&A and Birds of a Feather discussions, it was clear that participants wanted more opportunities to interact. There are a number of different ways this could be facilitated: devoted networking time, lunch-arounds, participant-initiated lightning talks, so long as attendees are given the opportunity to shape the programming in some way.

All things considered, it is clear that the event resonated with attendees.

When we think back to the day of, there are a number of words that come to mind.

Although these words and feelings were expressed by participants, by no means are they exclusive to them. As organizers, we felt inspired by the generosity of all the attendees. They gave their time and energy to a largely unknown event. They brought patience and respect to collaborative conversations. They created the space and the conditions for difficult dialogue. We can only hope that next year is every bit as amazing.