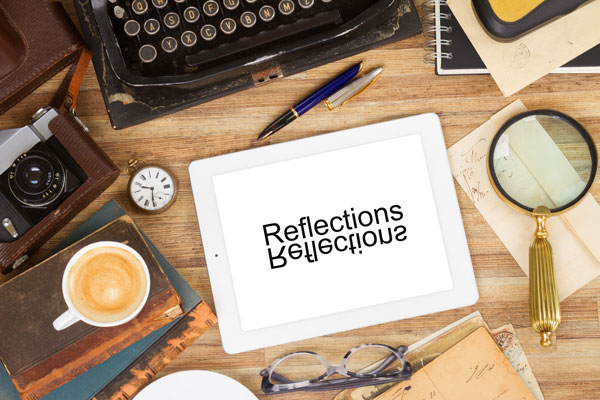 We asked three NLS attendees to reflect on their day. Here is some of what they said:

What was the biggest surprise of NLS?

A. For me it really was seeing how people have ended up in positions that they didn’t expect to be in and how that will probably continue to happen in the years to come. It seems to me that it is a really good idea to be open to those sorts of opportunities as we head farther into our careers.

B. The Leadership Panel discussion was surprising in that it was honest and relatable in a sincere way. I didn’t feel as though anybody was not telling their honest feelings. You often see people in positions that you aspire to and you just assume that they woke up one day and knew exactly how to do that job but it was very inspiring to hear that they actually struggled with those additional responsibilities.

C. We had a good conversation around the complicated relationship with imposter syndrome. Is it helpful to acknowledge and talk about these feelings or by talking about it are we just furthering this narrative? That to me was surprising because I expected a lot of people to come down on the side of ‘we should talk about it’ but there was a strong push for the need to stop talking about this because we know what we are doing. And we should be confident about that.

What was your biggest takeaway from NLS?

A. The one thing that stuck with me was that it is that it may be worthwhile to explore having a mentor who is outside of your workplace. Someone who still has experience, who could understand where you are coming from, someone who at least understands the profession and would be able to provide support from a distance without being emotionally involved in the ways that someone at your work might be. I thought that was actually a good point and really valuable.

B. The value I took away first and foremost was this feeling of community that I haven’t experienced before. At NLS the takeaway was like ‘you are doing okay. Keep at it. Ask questions. There is a community out there that is accessible.’

C. I really loved when everyone was talking about leadership and everyone said like “I’m a leader because I’m on this panel.” I think that goes to show that leadership comes in many different forms in the library world and maybe we are all not comfortable describing ourselves as leaders. The second takeaway would be that it seems like your career is going to take you in unexpected directions. It’s not always going to be on a straight path but there are awesome opportunities out there just maybe not what you expected.

What was your favourite part of the day?

A. The Leadership Panel was inspirational. It’s good to hear people being very honest about their career struggles. It was such a good group of people because they were willing to be vulnerable with us. I think that was instructive.

B. I really liked the Lightning Talks. I love hearing people’s stories. I realized that timing is everything for many things in life, not just for jobs. I definitely got the sense that some people are where they are because certain things fell into place in a certain series of timed events.

C. I appreciated the Leadership Panel because it was frank and honest and I love hearing someone drop the f-bomb once in a while. I thought the Panel did a really good job of complicating the idea of leadership and not only focusing on the leader, but focusing on the team or the network and all of the people that help facilitate whatever we decide leadership is.

Did your perspective change on anything?

A. There were some attendees who were not employed and I think it made me very aware of the current climate. I was impressed they came because I think that imposter syndrome can sometimes feel even worse when you feel like you are still not quite there. It was really cool to see that there was comradery amongst people despite that gap. I think that gap was kind of bridged at NLS in an important way.

B. I had no idea how diverse the career opportunities were. You can take an undergrad degree that you never really thought was super applicable and then apply it in some new context that is so exciting and fresh.

C. It is kind of neat to hear mid-career libraries talk about how they started to build networks. It was nice to hear that this is something that happens throughout your career.