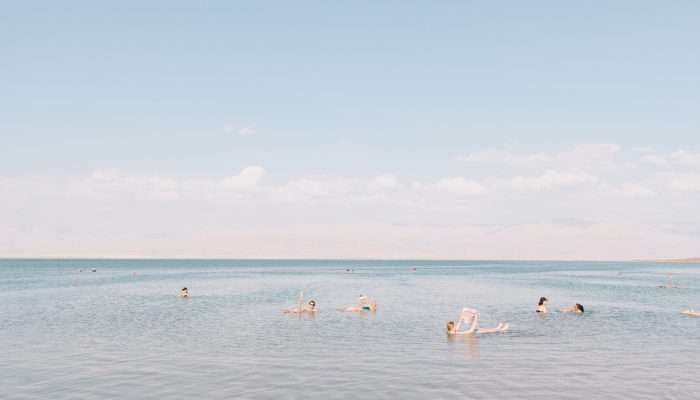 Summer is often when we allow ourselves extra time for reading, so the Open Shelf editing team thought you might like a few suggestions for books to take on vacation with you, or even just out into your backyard, balcony, or local park.

Talk to each other

Do you remember the tune from Harold Wilson’s musical The Music Man?

Pick a little, talk a little? Well, if American researcher Sherry Turkle could rewrite the lyrics to the chorus for this song, she might substitute text for pick: Text a little, talk a little. Turkel has spent a career studying communication and technology and I am spending my summer finishing her latest book Reclaiming conversation: The power of talk in a digital age.

And it’s almost enough to make me regret my new cell phone.

Turkle is concerned that, in an age when we take our cell phones to bed with us (and not just those of us in our teens), that we are losing out on one of the most important forms of conversation: Face-to-face communication with each other. Drawing on her research with various populations, including the 20 somethings who belong to the first cohort to text, she makes the case that at a time when we have greater access than ever before to digital devices that are supposed to connect us to each other, we are less connected to family, friends and colleagues than ever before. Are we really with each other if we are texting while talking to someone who sitting at the dinner table?  Moreover, we are less empathetic with each other, which has serious social implications.

Whether you agree with her or not, Turkle’s work is thought provoking, well written and also practical. Her solution is that we reclaim time and space for one, two and three chair conversations i.e., time for self-reflection as well as meaningful conversation with one other individual or a group. Without conversation, she is afraid that we won’t be able to nurture our capacity to empathize, and therefore co-exist relatively peacefully.

I highly recommend curling up in a big, comfy chair and reading  Reclaiming conversation—and then talking about it with someone while your cell phone, tablet or laptop is in some other room. Asleep or off.

Reclaiming conversation: The power of talk in a digital age was published in 2015 by Penguin Books. 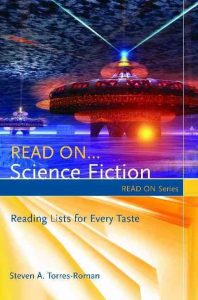 The annual summer reading list is on stand-by this summer as I complete an essay for publication. I could recommend the books, articles and essays I’ve been reading for research–a list that includes The Handmaid’s Tale by Margaret Atwood, The Hunger Games book and movie series and Little Brother by Cory Doctorow–but I’d rather pass on knowledge of a different find.

As I was browsing through the stacks of the literary theory section(-ish) in my local public library, I found a great reader’s advisory book useful to anyone wanting to expand on their reading in, or explore, the Science Fiction genre. It’s called Science Fiction: Reading Lists for Every Taste by Steven A. Torres-Roman, and from what I can see it has a wide assortment of lists with titles like, “Telepaths, Psychics, and Psionics, Oh My!” and “Smarter Than the Average Alien: Cunning Characters and Rakish Rogues.” Give it a whirl and let us know what you think!

Science Fiction: Reading Lists for Every Taste was published in 2010 by Libraries Unlimited

Prepare for the future 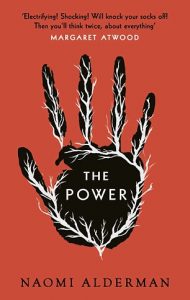 The recent (re)discovery of The Handmaid’s Tale by people outside Canada got me thinking about all the other speculative fiction that I have read and continue to read. Memories of my dad reading The Chrysalids to me as a (rather unusual) bedtime story, and my own teenage explorations of the dystopias and utopias of Aldous Huxley and George Orwell. These books were all written in the 1930s and 40s, but a desire to imagine the future never seems to go away. In 1992, P.D. James, who is most well known for her crime fiction, wrote Children of Men imagining a world in which mass infertility is causing the slow depopulation of the world. Sarah Hall also explored reproductive control as a result of economic and environmental collapse in her 2007 novel Daughters of the North (also called The Carhullan Army). Hall is a beautiful writer and I highly recommend all of her books (she has a new collection of short stories just about to come out). Last year, Naomi Alderman flipped all of this over and instead imagined a world in which women develop the power to electrocute people and as a result become physically dominant over men. She asks questions about what women would do with this power, and I don’t think it would be classed as a spoiler to let you know that they do not always make good choices. This is a perfect summer read full of ideas, humour, and excitement. If you don’t believe me, just ask the judges for this year’s Bailey’s prize for women’s fiction.

The Power by Naomi Alderman was published in 2016 by Viking (published in Canada October 10, 2017)