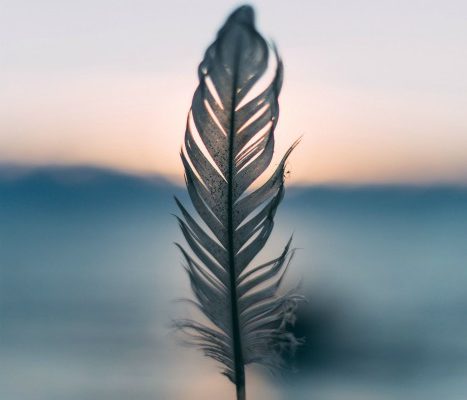 Have a strong feeling about something you read in Open Shelf? Want to share your thoughts? This “letters to the editor” space is a forum for Ontario Library Association (OLA) members to debate, converse, and comment. Your contributions are welcome: We’re “hear” to listen.

I like to think that this is an old fashioned “Letter to the editor” and I do hope this is going to be treated as such and read by the Editor-in-Chief/editorial board of this publication.

With regards to the latest iteration of the Safe Spaces column, I am writing to implore the Open Shelf Editorial Board to consider discontinuing this series in its current form. In the inaugural column, I made a comment suggesting that perhaps diverse voices would be considered and offered a platform as these incredibly difficult topics were explored. With the most recent Race and Privilege piece that was published, I am dismayed to see that this suggestion was not taken under advisement and given the response to it that I have seen, hope that it will now be seriously considered.

Race and privilege are difficult topics. The author, as well intentioned as he may be, has shown that he does not have a solid grasp of the nuance of this subject. The column seems like an unfinished outline with half formed thoughts, quotes dropped without context or analysis, and a random assortment of events from the past, present and the author’s own life thrown together without a coherent argument being made about any of it. Furthermore, the overall tone is one of incredulity and condescension:  the use of quotes around certain terms suggest disbelief, the misinterpretation of microaggressions is curious given that there is a definition of it linked in the document itself, and the inclusion of a poll on the usefulness of white fragility as a concept on the website as this was published—suggesting that the author felt that its utility is, indeed, in question. In short, this column was poorly written, lacked a coherent argument/analysis, betrayed a lack of understanding of the concepts by the author and really should not have been published in the state that it was. It read as though it was written for a white audience, assuming that these concepts were up for debate or used simply as provocations to get white people thinking. And we sit by and wonder why our profession is so white.

I urge the editorial board to give serious consideration to this critique, and those that were voiced on Twitter. Words matter. And columns written about race and privilege have enormous potential to cause harm if not written carefully, thoughtfully and – crucially – by those whose very lives are effected by them every day. If a person does not rely on or require safe spaces, they should really consider whether or not they are the right ones to write about them.

An open Letter to the editor re: Safe Spaces: Race and privilege

I’m writing to express concerns about your problematic public exploration of white privilege, in which you have used your own position of professional privilege to express damaging, regressive attitudes about racism.

To position white privilege as matter for theoretical debate invalidates the lived experiences of people of colour—and, ironically, is actually a crystal clear demonstration of white privilege. So is your implicit framing of the column as if racism is somehow an external, intellectual matter for us to ponder, thus further othering any readers who are not white.

One of the few privileges that white people do not have is the prerogative to decide what is racist. Instead, we must educate ourselves, listen and learn and affirm people of colour when they describe the racism they experience in Canadian culture.

While other critics of your column have been generous in crediting you for at least trying to understand issues of race, discrimination and privilege, I do not feel so charitable. Instead, I find it particularly objectionable that someone who leads a library organization and, as past-president of the OLA, has been a leader in our profession, has used his position to express such harmful opinions.

Whiteness and white privilege within librarianship has long been a major barrier preventing us from enacting the values of diversity and inclusion we so proudly espouse. As a leader, you had the opportunity to take a strong, progressive stance by encouraging library employees to work harder to address our “unbearable whiteness.” Instead, you have perpetuated negative attitudes, and distressed people of colour and their allies.

You wrote that “openness is what our profession is all about”. With that perspective in mind, I hope you are able to open-mindedly use this as a learning opportunity.

Similarly, I acknowledge that my own grasp of these issues is limited. While I’m trying my best to be an ally with this letter, I am happy to learn from readers’ comments and corrections.