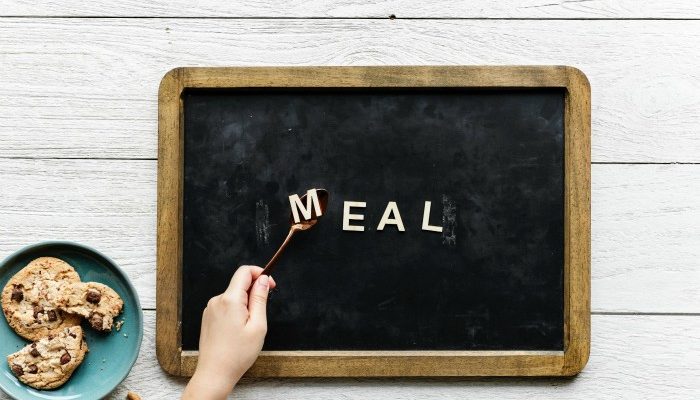 It all started in the fall of 2017. Teens from the nearby high school mysteriously started appearing at one of our small  branch library locations over the lunch hour. Week by week, the group grew, and so did the noise and food … and the sidelong looks from adult customers.

Noticing the pattern, branch staff reached out to the Community Development & Programming Department to see if, together, we could better accommodate the teens. The result? A new teen program that is much more than a free lunch—it’s about building trusting relationships and a safe community for our young people.

Refuge in a safe space: A need for food
One of our programmers immediately understood that the teens were leaving school to seek refuge in a safe space. We didn’t want to lose our teens, so we quickly decided that programming staff would open the community room (unused during this hour) and welcome the students in for lunch.

Our Lunch Bunch has blossomed out of this one small idea. Every day, anywhere from 15-25 teens came (and come) in. As the program began to gain a following, we realized that many of these teens never ate an actual lunch, and were hungry. Always keeping granola bars on hand for any needed after-school snacks, we offered those but realized they were filling the need but were not a healthy long-term solution.

A new partnership: Meeting mental health needs
In addition to needing a lunchtime meal, we also realized that the teens’ had other needs. In particular, as they began to trust the programming team, many teens revealed struggles with mental health and LGBTQ related situations.

Our solution has been to partner with the Niagara Falls Community Health Centre (NFCHC) which is newly relocated to a building adjacent to the main branch of our library. The NFCHC offers teen and food programs plus social services such as mental health support. A partnership between the library and the NFHCH just made sense for at least two reasons:

Staff at the NFHC greeted our inquiry with excitement and enthusiasm. Now, six months later, the Lunch Bunch is in full swing. The NFCHC supplies food and snacks, and also offers an amazing support system for them. As the teens began to feel more comfortable in the library and with staff, they started to open up and now have started accessing social services, resources and support at the NFCHC, including mental health and LGBTQ resources. The increase in their self-esteem and self-confidence, as well as the access to social workers, is a celebrated bonus.

More trust, fewer barriers, greater access & engagement
Building trust has been critical to creating positive relationships with our lunchtime teens. We wanted to build on our initial success so we took a number of key steps to further reduce barriers to trust and foster engagement on the part of our teens.

Lunch Bunch: A new, supportive community
The teens really started this program and, thanks to them, it’s taken on a life of its own and we’ve been witness to so many positive changes for this special group of patrons. In particular, Lunch Bunch has become a great way for students who never interact with each other in school to have a safe space to meet and talk. Originally, the students stayed in their own groups, but as the year went on we got to watch teens from different backgrounds begin to trust one another, and become friends. We’ve watched a community develop before our eyes.

So far, the program has grown via word-of-mouth. Next year, we will include it in our programming schedule and we hope that our numbers get even bigger through in-school promotion. Our goal continues to be, to offer a safe space for teens to eat lunch, take a break from their day and feel welcome to be themselves.  We can’t wait to see where the Lunch Bunch takes us next!

Laura Martin is the Manager of Community Development & Programming at the Niagara Falls Public Library. She can be contacted at LMartin [at] nflibrary.ca.