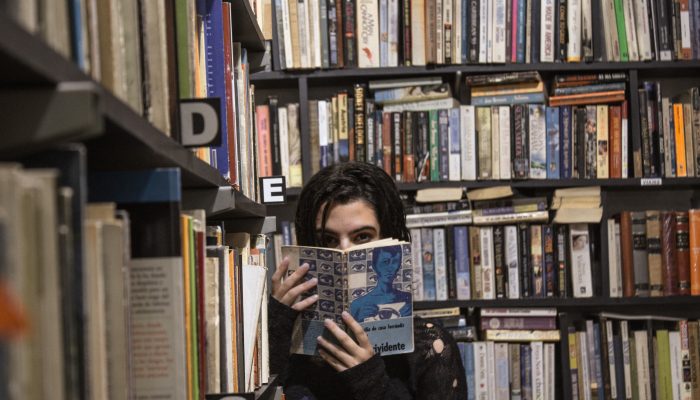 Public libraries are always discovering innovative and unique ways to enhance service delivery within the constraints of ever-challenged budgets. You may have heard that some libraries have removed staff members from the equation so automatic doors and machines can greet patrons. Artificial intelligence allows libraries to provide this staffless branches option to patrons. However, as we know from documentaries like 2001: A space odyssey (1968); I, Robot (2004); Avengers: Age of Ultron (2015); and Ex Machina (2015), artificial intelligence can develop a mind of its own.

On a Friday night, in an eastern township of the Emerald City, several individuals went to a staffless library to checkout some resources. The individuals managed to navigate the building—entering their library card and PIN to gain building access, locating their books and DVDs and checking everything out. When the patrons approached the automatic doors, the computer, which displays a happy face on its screen, said, “Thank you. Have a nice day,” but the doors remained closed. The message continued to play the entire nine hours the patrons were trapped inside the building.

Some individuals attempted to phone the police, but suddenly, the line went dead. Others tried to force the doors open with objects on their person and even attempted to crawl out through a window—to no avail. Finally giving up, they waited for help. A maintenance crew arrived and reported the crisis. Although the maintenance crew members successfully opened the doors within minutes of their arrival, they found evidence of a brawl. Several of the trapped individuals had bloody noses and bruised fists. The security cameras and all the computer screens were smashed except the screen by the front doors.

“It sounded like one guy started hitting on a girl, and the others got involved. It started a fight. Then the computers … I don’t know. A half-dozen of them were chanting ‘They will rise’ and didn’t answer any questions about the machines,” one of the maintenance crew members stated.

Another witness would not speak to us unless we were blocks away from the staffless library branch and didn’t bring any technology with us. “The security cameras sent the wrong feed the whole time they were trapped in there. The checkout kiosks started talking to them,” the witness said.

Are the machines learning? Did someone hack them? We will endeavour to learn more about this shocking event! In the meantime, check out our Twitter feed @RealibraryNewz.