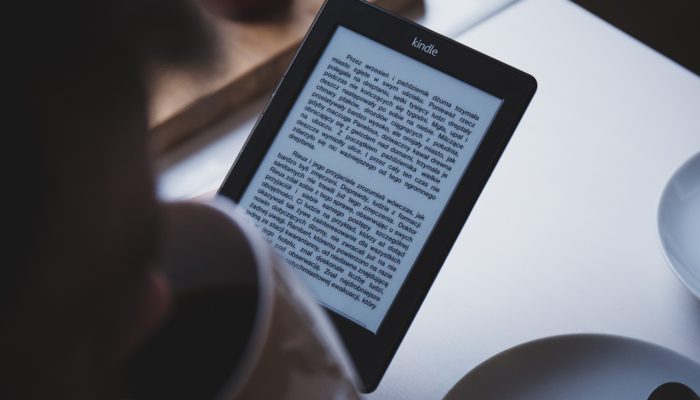 The last several months have brought something of a climax to the years-long saga of ebooks in libraries. Before Kindle and Kobo Readers brought digital reading into the mainstream, public and academic libraries had already been building up collections of e-content from vendors like EBSCO and ProQuest. These collections included mostly academic titles, with a few classics available through open-source projects such as Project Gutenberg. Famously, E. L. James’s Fifty Shades of Grey crested the wave of emerging ebook popularity, with readers not only recognizing the benefits of anonymous reading choices but also finding a fast and convenient way to read a book.

Initial reports that ebooks would herald the death of the printed word have now been found to have been mostly exaggerated. With a decade’s worth of e-reading behind us, we recognize that ebooks have cemented their role as part of most public libraries’ collections. While patrons continue to eagerly borrow print versions of the latest bestsellers, an increasing number of readers now regularly turn to apps like Libby by OverDrive, cloudLibrary and Hoopla to read the digital versions. Famously, the shift to e-reading is where the latest challenge lies for libraries.

All of the “Big Five” North American publishers have been testing out strategies to continue to deliver ebook content to libraries without losing money on book sales. One strategy includes drastically increasing library pricing and enforcing strict expiry dates to instigate repurchasing of popular titles. As outlined on the #eContentForLibraries page, this strategy means that public libraries aren’t able to offer as many ebooks as they would like or that are required to meet patron demand. In the wake of this already challenging situation, Macmillan announced in July 2019 its plans to embargo all of its ebooks. These items are not to be embargoed forever, but they may as well be, given the convoluted scheme of pricing involved in this plan. The impetus for this decision is the belief that the availability of library ebooks has been affecting Macmillan’s bottom line. This line of reasoning has been thoroughly debunked by both the Canadian Urban Libraries Council (CULC) and the American Library Association (ALA) and by Rakuten OverDrive’s Panorama Project. Suffice it to say: Library ebook holdings do not demonstrably reduce reader purchasing of ebooks from publishers; in fact, library ebooks seem to encourage readers to read—and therefore to purchase—more books.

For those of us working in libraries, the question becomes about how best to offer our patrons the services they seek. And at the moment, the best approach is to provide patrons with a mixture of bestsellers and lesser-known works in ebook format and to do our best to work with the increasing constrictions coming from major publishers.

Amazon’s Kindle marketplace has brought indie publishing (previously known as self-publishing) more into the mainstream—as did the aforementioned Fifty Shades of Grey, which was initially self-published fan fiction. Writers who publish through Amazon’s CreateSpace imprint can choose the price of their works, and many writers are choosing to provide works for free. In turn, readers who just want to read something are often able to fulfill this desire at no cost by turning not to their local library but to Kindle’s free or low-cost options. This choice drives Kindle’s creators to push out more content more regularly, a fact which itself has brought up at least two recent notable instances of plagiarism: Authors farm out the writing itself to freelancers who, faced with a series of too-tight deadlines, may copy the work of others.

So, while ebooks themselves seem to have settled into a niche to provide both instant access to bestsellers as well as a low-cost alternative for genre fiction, the battle between libraries and publishers shows no sign of calming down. Patrons have been conditioned to expect the latest bestsellers on library ebook-lending platforms, meaning that a move toward offering more indie publications and lesser-known titles will not be sufficient to fulfill this expectation. So, how do we work within these new and ever-changing restrictions? To accept Macmillan’s option means providing fewer copies than will likely be needed for new bestsellers. To boycott titles means providing no copies of in-demand titles. And we cannot prove Macmillan’s idea that these dissatisfied library patrons will then choose to purchase the ebooks; none of us can predict human behaviour. Even if some of these patrons have access to disposable income, are they going to choose to pay for an ebook when it’s also available free from illegal book-pirating websites?

Making customers unhappy in order to turn them away from libraries is a net loss for publishers. Libraries have been repeatedly shown to increase readership among users, making a larger pool of people who may choose to purchase books in addition to borrowing library items. Prospective readers turned away from library ebook borrowing may not find another way to read a book; they may watch TV or play a video game or cook dinner instead. Macmillan is responsible for the lack of ebook availability, but patrons aren’t likely to recognize or to realize this fact, when they are confronted with a months-long ebook waiting list. These embargoes will serve only to make libraries look unresponsive to patron interests and needs.

Ann Foster (MLIS) is a Selection Librarian at Saskatoon Public Library. She has previously worked at Halifax Public Libraries. She can be reached at a (dot) foster (at) saskatoon library (dot) com