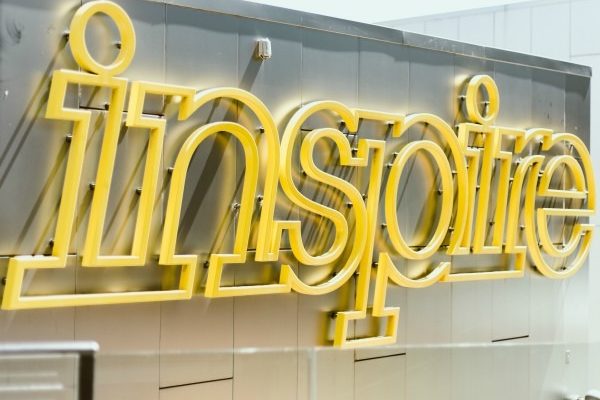 Many conversations at the 2019 World Library and Information Congress (WLIC) came back to the conference theme: Dialogue for change. Some exchanges were high level and related to the new organizational strategy that encourages those of us in the library sector to inspire, engage, connect and enable.

Some conversations, though, were more intimate and happened in places like the poster area, where we can find out about the work that inspired, engaged, connected and enabled our colleagues in other parts of the world to facilitate change. And our colleagues are doing very cool things like creating 3-D posters that make their projects come alive in a whole new way.

As I suspect many of us do, I enjoy the poster sessions because I can meet and talk with folks whom I might not otherwise encounter about work they are doing in their own communities. This year, I learned about many interesting local projects, but what really captivated me was a trio of posters from colleagues in Malaysia. Why? Because their projects were literally coming off the page.

A case in point is the poster entitled Conquer languages. Conquer the world. In this presentation, the world is definitely not flat but round and three-dimensional (while still staying attached to a poster). You could say that the world comes right off the page.

As Aini Nur Farrah Hani bt Md Nor (Farra) explains, this project reflects our understanding that language learning enriches our lives in many ways. In particular, language helps us to communicate and integrate with our local communities. However, in many communities around the world, language acquisition can be challenging.

Farra is the assistant manager of the Terengganu Language Centre (TLC). The TLC is located in Terengganu, a state on the eastern coast of peninsular Malaysia. According to Farra, staff at the Terengganu Public Library (PPAT) understand that for many members of the Terengganu society, the lack of language communication skills, especially of skills in the English language, cause social and other barriers. Library staff have introduced the TLC to help children and adults learn English and, more generally, to open up the world of language to young learners.

The TLC is subsidized by the state government so many people, regardless of their social status, can benefit from language programs. According to Farra, the program “feeds the education needs not only for the rich but also for the poor and persons with disabilities.” Staff at the TLC offer a variety of programs in a number of languages such as English, Arabic, Mandarin, Korean, French and Japanese. Between 500 and 1,000 participants visit the centre per year, and some of these visitors can master a language in just two months.

The idea for a 3-D poster emerged from team member discussions and brainstorming sessions. Given the range of world languages spoken in Terengganu, the team started with a picture of a globe—a picture that quickly went from one-dimensional to three-dimensional.

“Since it’s a globe picture, we thought, ‘Why not put the real globe on the poster?’ ” says Farra. Then the team decided to play the sounds of the languages, so they included a tablet so that visitors could hear the languages as well as read about them on the poster.

They made the 3-D objects “from scratch! We cut the globe into half, put round glass on the bottom and then printed out the flags.” It took the team a lot of time to prepare the poster (which they did on top of their daily duties at the library), but the results (along with the globe giveaways) were captivating. Farra is not surprised that those of us who visited the team’s poster had to stop, take a look and listen to the languages on the tablet. “My team is really do their best in making this work.”

Conquer language. Conquer the world was just one of three 3-D posters presented by Malaysian teams. The other two posters included electric circuitry and a flip-down component that provided more details about a library located in a repurposed container. I am certainly inspired to reimagine how my next poster could be designed in a multi-dimensional and an engaging way.