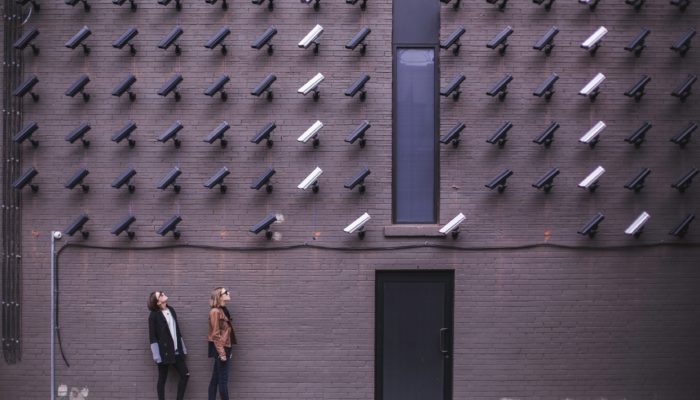 Earlier this fall, Lynda.com announced to North American libraries that it would be postponing its migration to LinkedIn Learning. A collective sigh of relief was heard across the librarian profession as librarians would not have to choose between a popular service and core values. Surprising, yet an affirming example of a profession holding fast to its core values and demanding change on behalf of its users.

To jog our collective memories: Lynda.com, the top-rated online learning app offered through numerous public libraries in North America, was acquired by LinkedIn in 2015. On September 25th, 2019, it was scheduled to convert its Lynda.com users to a new platform. There would be an original sign-in method on the LinkedIn Learning site. Patrons would be asked to sign in with their library card barcode number and PIN code, just like for Lynda.com. Further, patrons would then be asked to create a LinkedIn account, if they do not have one already, to be able to access the video courses. A LinkedIn account means that patrons would need to supply a name, email address, and agree to LinkedIn’s privacy policy and user agreement.

LinkedIn has over 260 million active users. The majority of users who migrate to the platform do so to connect professionally. To further their network and enhance their personal brand. Lynda.com has been a widely popular learning hub. On the surface, it sounded like a natural coupling. So why were libraries planning on discontinuing the well-used service despite there being no equivalent substitute on the market?

Libraries are hubs for connecting and sharing knowledge. Libraries promote open access to the web and encourage their users to make use of library technology to “stay connected.” To many individuals, this means social networks, which, by in large, have been under scrutiny for targeted advertising and data breaches. So, users are clicking to share their privacy all of the time, including when they’re using the Libraries’ WiFi and devices to connect. Libraries frequently even help people learn how to sign up for the social network of their choosing.

If libraries permit these vulnerabilities, what is their concern surrounding LinkedIn?

Further, what is the role of the library when it comes to the risks of vulnerabilities posed by services such as LinkedIn Learning? Would efforts be better allocated to educating patrons on the risks of social media – professional or otherwise – and help people truly understand the risks of having their data exposed so that they can make their own informed decisions?

The role of the library was articulated best by ALA President Wanda Kay Brown, who clearly illustrated the fault in LinkedIn Learnings business model. In an announcement issued after the company announced their new terms, Brown stated: “the requirement for users of LinkedIn Learning to disclose personally

identifiable information is completely contrary to ALA policies addressing library users’ privacy, and it may violate some states’ library confidentiality laws. It also violates the librarian’s ethical obligation to keep a person’s use of library resources confidential.”

Yes, libraries share all types of knowledge, but they make every effort to keep the identity of the individual accessing knowledge secure. To keep patron information safe, libraries install technology to wipe the public computers as soon as patron sessions are complete. They erase reading histories on Integrated Library Systems. Libraries have iron-clad privacy policies. Libraries use sophisticated proxy servers to link patrons with databases. Libraries take all these measurements and more to guarantee that patron information is not shared with anyone else, including the information supplier.

The discussions leading up to the proposed changes to Lynda.com suggested workarounds for the patrons: Using an alias or a pseudonym, or upgrading to a paid account to “buy” their privacy. However, these options are not equally viable for everyone, for example, if you cannot afford to pay or are not technically savvy.

Another layer of the controversy lies with the suggested age restrictions. While Lynda.com allowed anyone with a library card to access videos and grow their skill set, LinkedIn Learning requires the user to be over the age of 16. Yet, there is no verification system to confirm the age of a user and the content in these videos is by no means graphic in nature. In fact, many learning sessions could be useful for students middle school aged or older. In order to continue to provide the access that our patrons are accustomed to, libraries would be faced with more workarounds with this age restriction.

The requirement to have a LinkedIn account in order to use the learning service opens issues around the legalities of minors and social media. One that the library cannot promote, possibly leaving a generation of library users at a disadvantage and leaving a gap in service to younger patrons.

It is still undetermined how and if this migration will unfold. In the meantime, this is a strong example of a professional body holding to its values and seeing positive results for that stance. Librarians need to continue advocating and educating vendors and the public about our unique business, whether it be the freedom of expression or the freedom of privacy, we cannot allow these pillars to fall.

Laura Warner, MLIS, MPA, is the Director of Corporate Services and Facilities at Saskatoon Public Library. After graduating from Dalhousie University, she built her career as a corporate librarian in Toronto, before making the long-anticipated leap to the public sector. She is a “future-curious” professional with a passion for connecting citizens to knowledge, innovation and their fullest potential.

“Sliding” into a new approach to storytime
In the time of the coronavirus, library workers are having to learn new technologies. A good example of this need to adapt is storytime. I often lead storytimes in my work as a library technician at the Milton Public Library (MPL) and I’ve found by learning to “slide” (i.e., use slides) as part of my storytimes. I’ve not only improved my interactions with children and parents, I’ve also become more comfortable with adapting to new ways of doing my work.
A library tech perspective on job hunting, story time & more
Each of us probably has a system we use to help us prepare for and participate in the interview process. Although there may be an art to doing an interview, having a strategy for preparing for the process can help us practice a bit of science as well.
The joys of job hunting
My journey to a library technician position began five months before graduation. Starting so early helped me relax gave me the time to do the necessary research, refine and alter my approach, and face rejections.
793.73: Quotable creeps