The COVID-19 pandemic has exposed many things, not least of which is the inherent fragility of the capitalist economic system which is predicated on ever increasing growth. In Library Land, the pandemic has also exposed a number of inherent fragilities including discriminatory class and race based practices. In turn, these praxis reveal that rather than being agents of social inclusion, public libraries have a history of being agents of social control and exclusion.

Late fees as social penalty
Public libraries like to position themselves as champions of the poor, disadvantaged, marginalised and vulnerable—yet it has taken COVID-19 to remove the greatest barrier to library use, which is late return fees. Whoever thought that penalizing people for reading—particularly the poor—was a good idea? And yet, public libraries continued to do this from their inception in 1850 until the pandemic of 2020. This represents 170 years of penalizing those on low and no incomes. Fines income became such a big income generator that it took on a life of its own and the pro-poor roots of public libraries were forgotten. Unfortunately, this fundamental shift in policy is long overdue and yet, ironically, the reason for getting rid of fines has not been that they are regressive but instead that they make sense in terms of health and safety (i.e., it is no longer safe to handle money because of potential virus transmission).

I think that this powerfully reveals the true origins of public libraries, which were supposedly to act as agencies of social change, but were actually designed to be institutions of social control. Only the deserving poor were invited through their door and, over time, they were taken over by the middle classes who could afford to pay the fines, while continuing to exclude the undeserving poor. Fines are not the only barrier of course—there are many other overt and covert public library policies and practices that tend to exclude—but late fees were the major obstacle that has now been removed.

Systemic racism in the library
And then there is racism. Now, systemic racism in libraries cannot be blamed on COVID-19, but there is no doubt that George Floyd’s death and the Black Lives Matter movement were amplified by the pandemic. Once again, the racist practices of many public libraries were exposed, and staff had to rush out hastily worded anti-racism statements, some of which offered little more than platitudes. From the flurry of professional listserv emails, it was clear that no policies, procedures, staff training or systems were in place at many public libraries for addressing institutional racism. 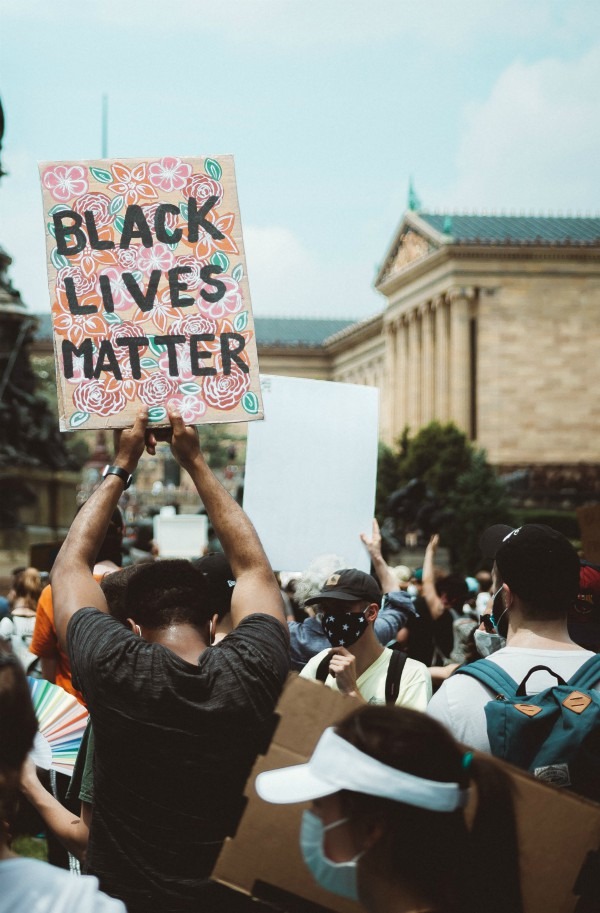 Without these uncomfortable truths being surfaced and expressed, any attempts to tackle racism in public libraries are doomed to failure. Racism isn’t something that a training course can resolve. It is structural and it is built into the white power hierarchies that manage and operate most public libraries in Canada.

“Public library” is an inherently problematic concept
So public libraries are inherently classist and racist. From a Marxist perspective, the term “public library” is problematic because it is a deliberately and misleadingly ambiguous and ambivalent concept; the intention is for the concept to suggest one thing—the library is public and therefore democratic—but actually mean another. The purpose of putting the word “public” before “library” was to signal that, not only is the public library a public service paid for by the tax payer, but that it is also in some way “owned” by the public (the people).

This suggests that it is inherently a “democratic” institution. A Marxist historical analysis can make it clear that the various interpretations of the public library can be typified, and that the typical standpoints have always reflected those of definite classes and served the efforts of given classes. 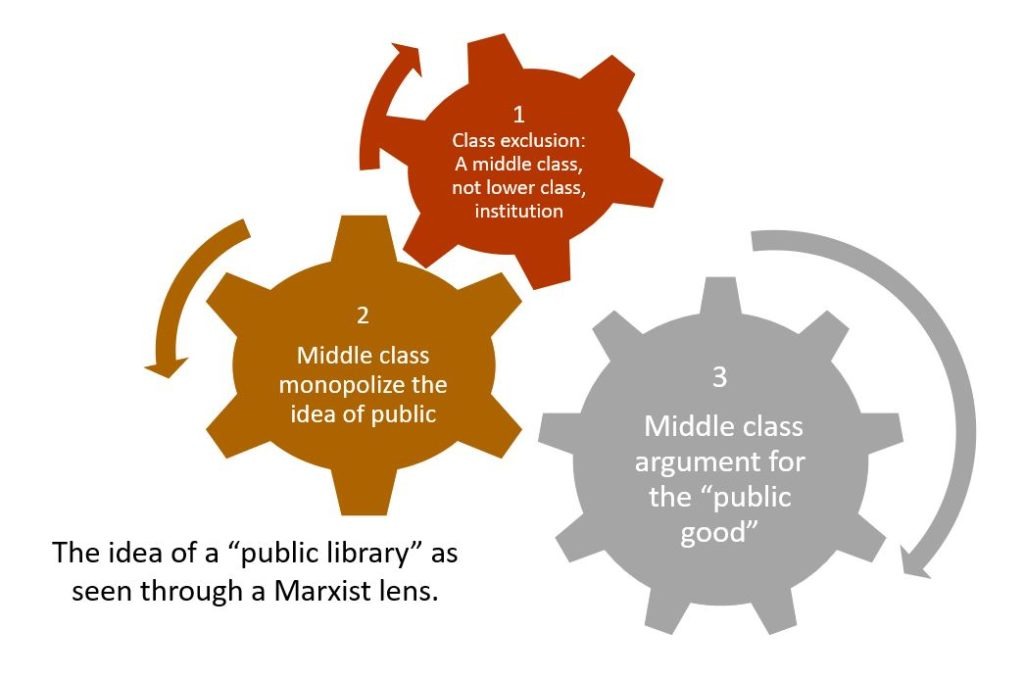 By drawing upon Marxism, we can see that the second and third interpretations offer incomplete views of the public library. These ideas were promoted primarily to conceal from the masses the class domination of the exploiting classes. Nevertheless, this typology is useful for understanding the historical development of the public library as a concept.

Photo by Chris Henry on Unsplash

Needs-based public libraries
The thinking of Comrade F. Dobler from the early 20th century remains relevant and even prescient: those who need open access to information may be those who are fundamentally excluded from public libraries.
The new model public library
Someone will have to pay for all the government money being used to get us through the COVID-19 crisis. This will usher in a newer, longer and deeper era of austerity and a new understanding of what defines a “model public library.”
Intersectionality
Call-outs, shaming, and other forms of “weaponized” communication shut down conversation and political debate, and more importantly, limit the number of social spaces where differing points of view can be heard and respected.
793.73: Quotable creeps