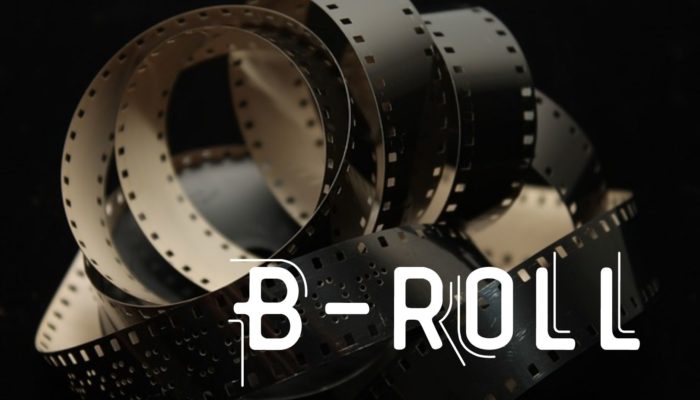 In this quarterly column, Douglas Davey will excavate the hidden (and not so hidden) corners of the film world to unearth collection development opportunities.

Whether it’s Nicole Kidman’s inhuman clapping style (look it up), John Travolta’s cruel and unusual mispronunciation of Idina Menzel’s name, or 1989’s soul-destroying opening number (for your sanity’s sake DON’T look it up), the Oscars have had their share of scary moments. Yet, horror pictures rarely make the cut at Hollywood’s big night. Only one has ever won Best Picture: Silence of the Lambs, and quite deservedly so.

Despite the rise of artful “elevated horror,” the trend continues. The fact that Lupita Nyong’o wasn’t even nominated for a Best Actress award for her dual role in the criminally unappreciated Us is one recent and infuriating example. Toni Collette’s unforgettable and unsettling performance in Hereditary was similarly snubbed, as was Anna Taylor-Joy in The Witch aka The VVitch. All three actresses and films did garner other prizes, especially at the Saturn Awards and Fangoria’s “Chainsaw” Awards. (Hot tip: their winners’ lists are a great place to go for horror collection development.)

Even critically and commercially successful horror movies such as Ari Aster’s “daylight horror” pic Midsommar, John Carpenter’s unpleasant but genre-defining Halloween, and Stanley Kubrick’s brilliant The Shining have received no love from The Academy, despite their long-lasting cultural impact. Case in point: in 1981, which would have been The Shining’s Oscar year, Ordinary People swept all of the film awards. As good as that movie is, when was the last time you heard anyone talking about it?

All of that being said, not every horror movie has gone so tragically overlooked. Here is a list of Oscar winners and notable nominees that span the high-brow to the bloodthirsty, and are sure to please your fans of the genre. Note that I‘ve listed the awards which each film has won, but will not state nominations unless they are notable in some way.

The Gimmees – they need no introduction!

The Exorcist (1973) – 10 nominations (the first horror film to be nominated for Best Picture), Best Screenplay Based on Material from Another Medium, Best Sound

Dr. Jekyll and Mister Hyde (1931) – Best Actor in a Leading Role for Fredric March, who tied with Wallace Beery in The Champ.

In the fleeting, “pre-Code” period between the introduction of the “talkies” and the puritanical strictures of the “Hay’s Code,” Hollywood produced some fabulous films, such as this adaptation of Robert Louis Stevenson’s classic tale. After the code, such “offensive” content as gay men, interracial romance and sexually-liberated woman were verboten.

Frederic March won the Oscar for his dual role as the kind (but overly curious) Dr. Jekyll and his unleashed alter ego: the brutish, amoral Mr. Hyde. One of the coolest things about this movie is the transformation sequence, the secrets of which were kept hidden for many, many years. The make-up was applied in red and green patches that weren’t detectable in a black and white film. Then, by adding and subtracting red and green filters over the camera, the make-up was made to appear!

While this film is an absolute must-see for any self-respecting horror and sci-fi fan, the only thing that remains from Wells’ original book is the presence of the antagonistic invaders from Mars. The setting moves from England to the U.S.; the anti-colonial approach of the novel—without which, the climactic death by lack of disease immunity loses its punch—becomes a Cold War-era battle of good vs. evil; and, most tragically, the famous tripods become a combination manta ray, helium balloon, and mood lighting.

P.S. Star Trek fans may hear some very familiar sound effects in this one…

I was too young to see Alien in the theatre, despite what I’m sure were my constant and annoying pleas to the contrary. (Perhaps my parents learned their lesson after taking me to see Jaws when I was four years old…) And yet, I do have very clear memories of Alien’s eerie TV ad and a figurine of the disturbing “xenomorph” monster in a store display. They were so strange, so intriguing, so…alien. The subsequent sequels, spin-offs, and crossovers with the Predator series have failed or succeeded to differing degrees, but this film remains the first and best: a true landmark of horror sci-fi whose visual effects remain disturbing, astounding and grounded even to this day

Director John Landis brings his particular brand of comedy to this horror piece, giving it an odd (and not always successful) mix of scares and laughs. But forget all of that—Rick Baker’s incredible, practical (i.e. not computer generated) effects are the real star of this show. I’m still amazed by them!

In this Cronenberg classic, Jeff Goldblum’s DNA is mixed with that of a fly, transforming him from nerd, to Alpha Male sex machine, to quivering heap of gooey limbs. You might wonder how a movie so disturbing, so downright nauseating could win an Oscar. It’s simple: be so good at being gross that no one can ignore you.

Rarely have actor and character been so wholly, so flawlessly matched as Kathy Bates and Annie Wilkes. And the Academy took notice, handing her the Best Actress Oscar. (This movie also features my all-time, #1 girl crush, Lauren Bacall.) If you haven’t seen it, do so, and prepare to laugh, cry, and cringe as two seemingly average people wage a quiet, life-or-death war in an isolated farm house. It’s so good, but it will stay with you…I can’t even look at a sledgehammer without shivering!

We all love you Keanu, but a Victorian-era lawyer from Merry Olde England, y’aint. Apart from the future John Wick’s cringey performance, there’s lots to love here. Francis Ford Coppolla tapped the A-list, showing once again that with the right people on board, horror can be elevated beyond schlock. For me, the real beauty of the film is the complete lack of computer effects, choosing instead to rely on old school camera trickery and human ingenuity.

Ok, so it’s not really a horror movie, but it certainly is scary. Who else but the supremely weird Darren Aronofsky (The Fountain, Requiem for a Dream) would reimagine Swan Lake as a werewolf-style animal transformation? (If you’ve ever had to face down an irate swan, you’ll know that they’ve earned their reputation as the jerks of the avian kingdom.) Natalie Portman and Mila Kunis get a chance to show off their acting chops in this bizarre psychodrama. As with The Exorcist, some of the most unsettling moments are less about the supernatural than the real world trauma that the characters undergo; in this case, it’s the bodily punishment that ballet so infamously demands which is on full, unnerving, display. (Toenails! Ack!)

Who knew that eating cereal could be done so wrong, and look so creepy? Get Out is not just an amazing film, it’s also a devastating political statement. Daniel Kaluuya stars as Chris, a successful black photographer who is headed to the inevitably awkward “Guess Who’s Coming to Dinner?” first meeting with his white girlfriend’s family. Even before they arrive, you get the feeling that something isn’t quite right. A police officer pulls them over for no apparent reason, forcing Rose (Girls alum Allison Williams) to push back against what looks like racial profiling. Is it all just business as usual amongst the white and wealthy, or is there a greater evil at work? The answer to the mystery has much to say about race, oppression, and self-delusion. It’s also genuinely funny, especially comedian Lil Rey Howery, whose TSA agent character inverts the “sassy black friend” trope to great effect.

Like Misery, this period piece shows just how much tension can be wrung from isolating two figures and placing them in conflict. Robert Pattinson and Willem Defoe star as a pair of taciturn lighthouse keepers and both actors are at the very top of their game. As the rations begin to run short and the alcohol starts to flow, their relationship morphs, being at first tense, moving to paternal, then becoming confrontational and even sexual, before careening toward an unstoppable, tragic conclusion. Hallucinations of mermaids (some entrancing, some much, much, much less so) haunt the younger man as reality melds with fantasy and myth. Shot in black and white and framed in a claustrophobic aspect ratio, The Lighthouse is not an easy watch. But, for fans of psychological horror and/or art film, it’s certainly memorable.

Douglas Davey has been a professional librarian for over 20 years and is currently the manager of Library Services at Whitchurch-Stouffville Hills Public Library. Currently, he is the vice president of the Ontario Public Library Association and the OPLA Children’s or Youth Librarian of the Year. He is also an author of fiction for teens, and a total nerd for horror, fantasy, and sci-fi. He lives in Guelph with his family.

Becoming the University of Toronto Music Library: Wrapping Up our 100th Anniversary Year
In 1921, the Faculty of Music at the University of Toronto (which had been established in 1918) took over the operation of what was then the Toronto Conservatory of Music’s library. This month, we wrap up the series by looking back at the ways we celebrated this year.
Describing Music Materials So They Can Be Found
Music materials are unique items in the library world and must be approached in ways that consider the many different formats and content types. James Mason provides an examination of the considerations that factor into describing music materials so they can be found.
Access points: 4 Steps to gain metadata experience in academic libraries
Metadata helps us organize our collections and empowers users to find information—but how do new library and information science professionals access these skills for themselves?
793.73: Quotable creeps