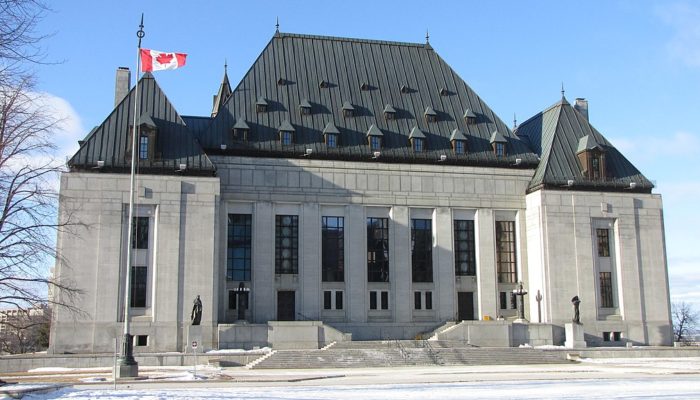 On July 30, 2021, the Supreme Court of Canada brought an end to one of the longest-running copyright sagas in recent memory when it rendered its judgement in the York University v. Access Copyright case. The case capped an often-contentious debate around the rights and limits of educational institutions who are reproducing copyrighted material for student use using the “fair dealing” exception as outlined in the Canadian Copyright Act and Supreme Court cases such as CCH v. LSUC.

Whether this culmination is a positive or negative result depends on where you stand on the deep divide that this case only further exacerbated, but what is beyond dispute is that it was a clear win for York University (and the many post-secondary institutions who have been watching these proceedings with bated breath) and a major loss for Access Copyright. While Access Copyright has in the past shown themselves to be a remarkably resilient organization, barring a significant reinvention it is difficult to see how they will be able to continue with their current business model. This decision has made it very clear that the tariffs that they were seeking to make mandatory were anything but, and without a reliable revenue stream they will need to innovate or fold.

To understand the significance of the decision and what it means for the future of copyright in education – including libraries – it is important to understand some of the background. The relationship between educational institutions and Access Copyright was not always contentious, and for many years most (if not all) English Canadian institutions subscribed to a blanket license with Access Copyright that governed all copying on campus. While the extent of Access’ repertoire was (and remains) vague, paying $3.38 per full time student to (theoretically) cover copyright costs for the institution made sense. When it came time to negotiate a new license in 2010, instead of looking for $3.38 per FTE, Access Copyright sought  $35 per FTE, citing digital copying.

Suddenly, relying on the fair dealing provisions in the Copyright Act seemed worth the risk, despite education not being explicitly mentioned as a purpose (instead having to rely on “private study”). This newfound boldness of the education community was rewarded in 2012 with the so-called “copyright pentalogy” of Supreme Court decisions and the Copyright Modernization Act. The latter included “education” as an explicit fair dealing purpose, and the former was a same-day release of five copyright-related Supreme Court decisions. Among these was Alberta (Education) v. Access Copyright case, which included the now-legendary (at least in copyright circles) statement:

Teachers have no ulterior motive when providing copies to students.  Nor can teachers be characterized as having the completely separate purpose of “instruction”; they are there to facilitate the students’ research and private study. It seems to me to be axiomatic that most students lack the expertise to find or request the materials required for their own research and private study, and rely on the guidance of their teachers. They study what they are told to study, and the teacher’s purpose in providing copies is to enable the students to have the material they need for the purpose of studying. The teacher/copier therefore shares a symbiotic purpose with the student/user who is engaging in research or private study.  Instruction and research/private study are, in the school context, tautological. [Alberta (Education) v. Canadian Copyright Licensing Agency (Access Copyright), 2012 SCC 37, [2012] 2 S.C.R 345, para 23]

Although it was clear that Access Copyright was in a diminished (and, to many eyes, impossible) position, it was equally clear that fighting this was existential for them. If they did not, their model was definitely unsustainable. If they did, they might get a swing-for-the-fences win.

Initially it seemed that their bold approach might be successful. The Federal Court decision in July 2017 was a win for them. The judge held that not only was the proposed $35 tariff mandatory, but that York’s interpretation of fair dealing was flawed. Almost three years later in April 2020 the Federal Court of Appeal reversed the mandatory tariff finding, but upheld the fair dealing finding. All eyes were then on the Supreme Court, which heard the appeal in May 2021.

If the decision was released by the end of the year, it would have been considered a relatively quick decision. Instead, it was released two months later on July 30, 2021 and was an (almost) decisive win for York University and by extension educational institutions. It held that the tariff was not mandatory, with the devastating (to Access Copyright) statement that “[i]n light of the conclusion on Access Copyright’s appeal that the interim tariff is not mandatory and is therefore unenforceable against York, there is no live dispute between the parties” [York University v. Canadian Copyright Licensing Agency (Access Copyright), 2021 SCC 32, para 83].

The findings with respect to fair dealing were less of a slam-dunk win for York, but were nevertheless favourable. The court found that “the character of the dealing factor must be carefully applied in the university context, where dealings conducted by larger universities on behalf of their students could lead to findings of unfairness when compared to smaller universities. This would be discordant with the nature of fair dealing as a user’s right” [York v. Access Copyright, para. 105]. The subsequent paragraph stated that “since we are not deciding the merits of the fair dealing appeal brought by York, there is no reason to answer the question in this case” [York v. Access Copyright, para. 106].

The impact of the decision remains to be seen. It settles what has been a long-standing dispute between Access Copyright and educational institutions, and allows for institutions to move ahead more confidently with respect to their policies and practices regarding fair dealing. Hopefully institutions will feel emboldened and confident in foregrounding fair dealing as a legislative right that they are exercising for the benefit of their users. Rather than being some illicit loophole, it is a capital “R” Right that is enshrined in the Copyright Act, and seconded by the Supreme Court of Canada. After eleven years, it is time that institutions recognize this and act accordingly.

Stephen Spong is the Director of the John and Dotsa Bitove Law Library and Copyright Officer at Western University. He can be reached at sspong@uwo.ca.