Social media’s power to engage and connect people in 140 character bites of text and media is being studied and reported across many research disciplines and contexts. We have been tracking Canadian public library Twitter interactions through an analytics and archive site, Social-biblio.ca since March 2012. What follows are analyses based on several smaller research projects: a survey of public libraries’ use of Twitter, a preliminary public library follower analysis and several related thematic pilot studies of public libraries’ Twitter interactions with their communities.

What’s going on in Canada’s public library Twitterverse?
What difference does it make and to whom, for a public library to have an active Twitter presence? 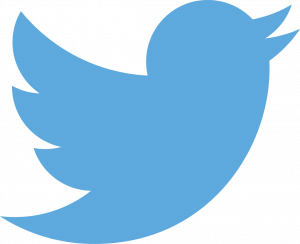 Not unsurprisingly time constraints, staff resources, management issues and the ability to be ensure their micro-blogging is both effective and efficient represented more than 80% of these libraries’ perceived challenges in using Twitter. Several libraries also noted their fear of being caught in any controversy or “challenging interactions” as concerns.

It’s clear however that libraries believe the benefits greatly outweigh these challenges. When the complete list of responses describing what these libraries tweet about was analyzed as a single unit of evidence, a new spin on a traditional public library story emerges.

Secondly, in the Twitter public commons, these libraries are also demonstrating their capacity and expertise as their community’s authoritative arts and culture news source. They are taking their traditional work as readers’ advisors and collection curators, online and beyond the physical walls to a much larger public commons that is simultaneously local and global. With a little more purpose and design, there is an opportunity to brand public libraries as a follower’s first connection to media and culture.

To study the social, informational dimensions of public library tweets, we adapted a framework characterized as Information – Interaction – Action from a similar study of non-profits’ Twitter interactions (Lovejoy & Saxton, 2012). Student researchers coded three sets of sample tweets according to their information and social or conversational structure in several iterations. With further discussion discrepancies were resolved. For each tweet, the discursive tone, syntax and informational structure were considered.

Results show that within each dataset, roughly 80% of the sampled tweets were uni-directional, broadcast-style information tweets where, for example, links to library news, new titles or programs were supplied. In the remaining 20% evidence of conversation, engagement, interaction and calls to action could clearly be observed.

An interesting culture clash of organizing practices between public libraries and the participatory web can be observed in these early results. Library culture and practices have long been associated with information structures, order, routine and rules. Reference interactions or comments in a library’s social catalog can be tightly controlled, for example, by rules for membership, or type of question being asked. By design and best practice, online participation requires organizations become more flexible and spontaneous in tone and content, that they step away from their more polished customer service scripts. Twitter offers public libraries a low-risk opportunity to experiment with and engage their most ‘real’, authentic, online voices.

Mary Cavanagh, is an Assistant Professor at the School of Information Studies, University of Ottawa. She can be reached on Twitter @mfcavanagh and on emmail at mcavanag [at] uottawa.ca.

The Persistence and Problems of Music Genre

Whenever we’re asked what kind of music we like, we typically describe our tastes in…