Meet one of OLA’s 5,000 members. An interview with random OLA member #26: Jeremy Clark.

I spoke with Jeremy while he was at home, where he warned me that his seven month old daughter Greta may start to cry at any moment. We had some phone trouble, and Jeremy said it was because he lived in the country in Peterborough and there was only one cell phone tower near him. We eventually stayed on the line without interference long to enough to squeeze out this interview. 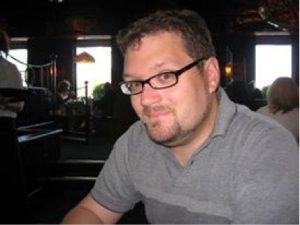 How long have you lived near Peterborough?

We bought the house in April of 2013. I was working up north in Nunavut at the time so I only saw pictures from my wife Dana before we bought it. I figured the cost to fly out to see the house wouldn’t be worth it.

What were you doing in Nunavut?

I was the Community Services Librarian for the Nunavut Public Library Services. There were only 3 of us in the office. We were in Baker Lake which is right smack in the middle of the territory. There was a woman who did all the technical services and processing of the materials, me, and then my manager. There was an unfilled Systems Librarian position that had been vacant for some time. The government jobs up north often come with subsidized housing from the government and you can’t put out a job competition that comes with subsidized housing unless you’ve been allocated housing, so at times you can wait a while to post a vacant position. Although I had specific job responsibilities, I was also responsible for some day-to-day systems work.

Did you know how to do the systems work before you took the job?

Yeah, I’m a Grade A nerd, so I’ve spent most of my life doing this kind of thing. I had actually applied for the Systems Librarian position way back when I was still a student. I figured it may be my only shot to go up north.

What made you want to move up to Nunavut?

A cousin of mine worked for Nunavut’s Department of Health and always spoke really highly of it and really enjoyed it up there. I live in a house in the country now, we don’t have a lot of neighbours; it’s big and open, a little remote. That’s what appeals to me, so the north really appealed to me. Nunavut is just shy of 2 million square kilometers and has 35 thousand people living in it.

So was it everything you had hoped it would be?

Yeah, I really enjoyed my time there. I was there for just short of two years. I miss the blizzard days.

Did you guys call them that? “Blizzard days” instead of “snow days”?

Yeah, it really doesn’t snow all that much up there. It’s too dry – it’s semi-arid, so it’s halfway to being a dessert. But a blizzard is high winds that are blowing the snow around. It’s almost never freshly fallen snow. The snow up there is very, very fine, almost like a dust. So it packs very tightly. These blizzards form these massive drifts you can walk over. About a month ago my boss was saying they had a blizzard that roared on for about 4 days. Our office was designed to look nice but in a way it’s impractical because the front acts like a snow catcher, so you wouldn’t be able to get into work, you’d have to wait for someone to come excavate the building. 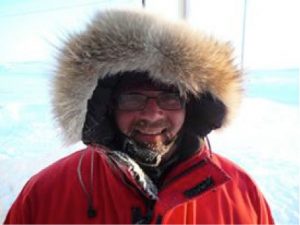 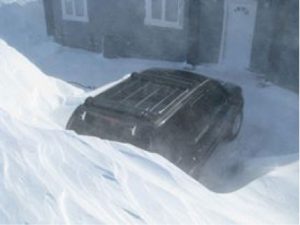 Was it refreshing to be away from all Toronto news all the time? I feel like that may be a nice change.

Yes, although I did live out there during the bulk of the Rob Ford reign so I couldn’t really escape.

Did you have to fly around in your job?

Ideally the person in my position would fly to each community library twice a year. I love flying, probably more than anyone I know. Since no two communities in Nunavut are connected by road, you have to fly to get anywhere. Not much in the way of airport security, either, which can be a nice break after being in the South.

So what brought you back to Ontario?

My wife was pregnant so I moved back home as the magical day grew nearer. We actually got married after I moved to Nunavut. We got married in Windsor but I wouldn’t have minded a northern wedding. They’re followed by a huge community feast. And people will bring almost an entire caribou carcass in and you hack off what you want. Caribou and muskox are pretty good. Beluga wasn’t my thing, though, as it turned out.

What’s your next dream job?

Well my wife’s been on maternity leave and will be headed back to work in June. Right now I’m a stay at home dad. I never thought I’d have an interest in it but now I can’t help myself, I really like it.

Everyone should go up north. It’s super expensive but everyone should go. It’s a different world. I always tell people that walking home after work while watching the Northern Lights is super cool.

Well we’ll see if maybe we can convince a few people reading this column to visit!