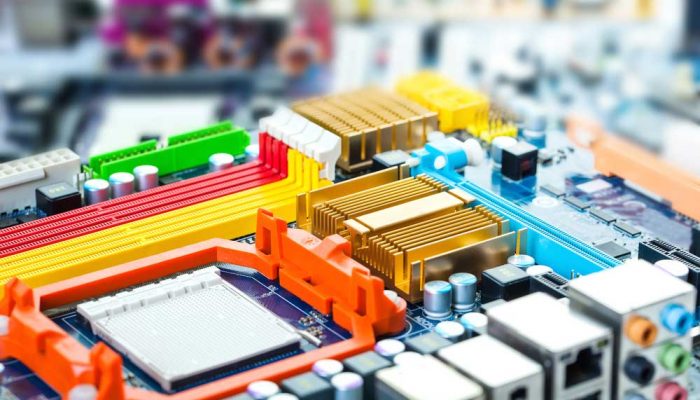 My library doesn’t have a makerspace. We don’t have a 3d printer, a CNC router, or a laser cutter. We don’t have piles of Arduinos with the latest shields, Beaglebones with their capes, Raspberry Pis in lovely DIY cases. We don’t have clear Tupperware bins full of circuits, resistors, wires, or soldering stations scattered throughout a space dedicated to teaching and learning how to make.

What we have in our small library IT department is just as valuable: we have a maker culture.

We make. We pull things apart, and we (sometimes) put them back together again. We brainstorm, we pull at the commonly-held conventions, we push against the “right” way, and we break stuff. We ask the hard questions and don’t accept the easy answers. We take on projects that we shouldn’t, sometimes go off in wild directions, adapt, and fail, fail, fail before we succeed.

And we have had some notable successes: we have projects with Arduinos and Raspberry Pis in production. We have written code to accomplish tasks for which there existed commercial software. We’ve contributed to, forked, and created open-source software projects. We have had success in adapting, hacking, fixing, and transforming. We’ve created tools to accomplish what we and our users wanted.

But as is often the case with these types of projects, the homegrown solution sometimes loses out to the popular choice.

But the knowledge gained along the way is never wasted.

In the library world, there is a general feeling that while we should teach others how to find and use the tools they need to research effectively, creating and making our own library tools is a risk-filled initiative that is bound to fail, will cost more money in staff time than the commercial alternative, and will ultimately fail if/when the local developer(s) get hit by public transit. “Someone else will do it,” we often hear, and “why hasn’t anyone else done or thought of this before?” The answer is that no-one went beyond the idea. No one was encouraged to try, to fail, or to start down the path and see where it leads.

Ideas are easy. Making is easy. Getting past the naysayers, the “why bother” choir, and that internal voice that tells you not to, that is the hard part.

What we’ve done in our department isn’t the most perfect, the best written, or even the most effective way. We’re not experts. We’re not trained professionals. We’re not unique. We just have a healthy lack of respect for the status quo, an unwillingness to use something simply because someone else is using it, and the go-ahead and support from the people who matter. We have confidence in our own abilities and the abilities of our colleagues, and a need to question what a transnational, faceless corporation tells us is “the best way.”

It is in the breaking, and the subsequent fixing, where understanding is reached. By making, and adapting, and transforming, you learn about how the thing works, and leads you to ask the right questions of yourself, of your colleagues, of your profession, and of your vendors.

JFK once famously said “We choose to go to the moon. We choose to go to the moon in this decade and do the other things, not because they are easy, but because they are hard.” We don’t have a mission as grand and as noble as a moonshot, but we have a maker culture, talented individuals with common goals, and a willingness to try, to fail, to sometimes succeed, but more importantly a need to make something.

Jonathan Younker is the Acting Associate University Librarian (Collections, Liaison and Systems) at Brock University, where he has worked since 2002 as Electronic Services Librarian and Head, Library Systems and Technologies.  Prior to working at Brock, he worked in public and academic libraries in Illinois.  Jonathan is particularly interested in the intersection of digital scholarship and libraries, and developing creative solutions to ongoing library technology challenges. He can be reached on Twitter @jtyounker and on email at jyounker [at] brocku.ca,