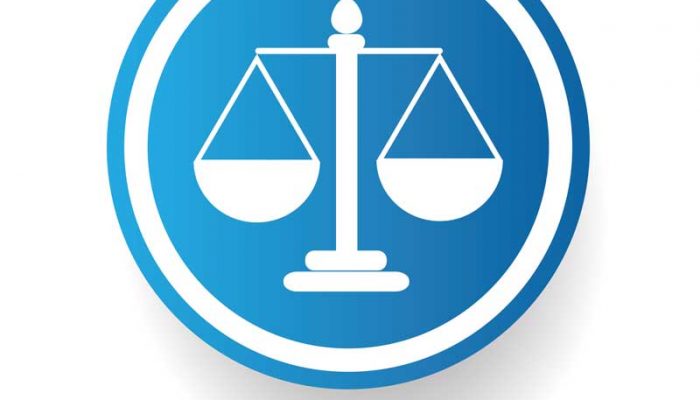 In Ontario, the year 2012 was something of a perfect storm for accessibility and copyright in libraries. The Accessibility for Ontarians with Disabilities Act (AODA) – while passed in 2005 – only started to have its standards come into effect in January 1, 2012.  This was the first date on a march of annually enacted standards (every January 1st) on the way towards a fully-accessible province in 2025.

In copyright, 2012 saw the passage of the Copyright Modernization Act, as well as the so-called “pentalogy” of landmark Supreme Court of Canada decisions that significantly altered (and broadened) the landscape of copyright as it pertains to education. Where it had previously been necessary to deal with copyright collectives such as Access Copyright to ensure that the use of material for teaching, learning, and research complied with Canadian copyright law, the expanded fair dealing provisions that came with the changes in 2012 have significantly altered that relationship.

As with any form of disruption, these changes have had the effect of providing tremendous opportunities, but have also significantly muddied the waters.

Long-established best practices are no longer necessarily best practices, and a cacophony of voices and approaches filled the void, making it extremely difficult to tune out the noise and determine what is best for individual libraries. The spectre of fines for non-compliance in accessibility (with a maximum of $100,000 a day) and a litigious environment in copyright further spurred this sense of urgency. The typical parsing of the two into separate and unrelated issues is understandable, but in fact, they are actually closely inter-related.

While compliance with the AODA could be made easier by publishers ensuring that digitally-born works are made commercially available in file formats that are accessible by assistive technologies, the fact is that many do not (and in my opinion, are missing out on a valuable revenue stream at a time when traditional publishing is supposedly endangered).

A common justification that is cited for this revolves around concerns about intellectual property and the potential abuses that could be conferred upon an accessible text file. The fact is that both the AODA and the Copyright Act state that if it is necessary to convert a file – even one that is protected by a digital lock – to make it accessible, then an individual (or person acting on that individual’s behalf) may do so. This is true not just for digitally-born materials, but for legacy collections as well. The primary exception is a “cinematographic work” exception in the Copyright Act (which probably conflicts with the multimedia conversion requirements in the AODA but, due to the Constitutional division of powers, the Copyright Act wins).

I think that it is a tactical mistake to think of and treat copyright and accessibility as entirely separate discussions, as a harmonized approach would allow for greater clarity and understanding of the relative challenges and opportunities.

By looking at each of copyright and accessibility as a stand-alone entity, it is entirely possible to miss out on or be unaware of the nuances that are visible when viewed together. Indeed, it can be argued that the legitimacy for the accessible text provisions that are set out in the AODA are found not in the AODA itself, but rather in the Copyright Act. Given the reluctance of publishers to accede to requests for the provision of accessible material, it is then necessary to manipulate copyrighted material without the express consent of the rights holders to create accessible materials.

The Copyright Act contains provisions in s. 32 and s. 41.16(1) that provide fair dealing and digital lock exceptions, respectively, that allow for the creation of accessible material by users with perceptual disabilities or those acting on their behalf. While the AODA provides guidelines for the creation of this material, due to the constitutional division of powers, it is up to the Federal government to legislate on issues pertaining to copyright.

If there is a weakness in the Copyright Act’s accessible text provisions – as opposed to the AODA’s – it is that the explicit connection to the creation and provision of accessible material could be strengthened.

The future is likely to be found in the the Marrakesh Treaty to Facilitate Access to Published Works by Visually Impaired Persons and Persons with Print Disabilities. The treaty was signed in Marrakesh, Morocco on June 28th, 2013, and it is intended to address the issue that is a lack of accessible material for users who are not only blind, but who are unable to physically hold or manipulate a book or who have learning disabilities. Given that at the moment it is thought that only seven percent of published books are available in accessible formats, it is necessary that wherever possible a broader definition of accessibility be applied in order to try and close these gaps.

The basic framework of the treaty is to create an exception to copyright in order to allow the creation of works that are accessible to users to require it. It also allows for the import and export of these works.

Although it is a landmark treaty pertaining to accessibility, it is notable (and highlights the relationship) that is part of the World Intellectual Property Organization’s portfolio of copyright treaties. From a copyright point of view, the treaty is significant as it is the first international treaty that focuses on user’s rights, as opposed to creator’s rights. This distinction highlights why there was resistance to the treaty from publishers and the film industry. Unfortunately, the latter was successful in ensuring that audiovisual material such as films do not fall under the definition of “works” under the treaty. In terms of what is covered, there is text, related illustrations, and audio formats – which includes audio books. Furthermore, IFLA was instrumental in lobbying to include libraries as an authorized body to undertake the task of the creation and delivery of this material.

The downside to all of this work, however, is that the treaty, while signed, has not yet gone into effect – and has a way to go in order to cross that threshold. In order for the treaty to come into effect, 20 countries have to ratify it, and the current ratification total stands at ten – and includes Argentina, Uruguay, the United Arab Emirates, Mali, Paraguay, India, Singapore, Mongolia, Mexico and El Salvador.

Canada did not even sign the treaty, which is particularly odd given that it played a significant role in the horse-trading necessary to get a deal. However, the Federal government announced in April that it intended to amend the Copyright Act to fulfil the requirements for ratification. Unfortunately, this would have been achieved through attachment to the spring budget which, of course, died on the order paper when the election was called.

Stephen Spong is the Copyright Services Librarian at Centennial College where he is responsible for copyright and accessibility policy development, advocacy, outreach and licensing. He holds an M.I. from the University of Toronto’s iSchool and a J.D. from Osgoode Hall Law School. Stephen can be contacted at sspong [at] centennialcollege.ca or on Twitter @thelibeerian.