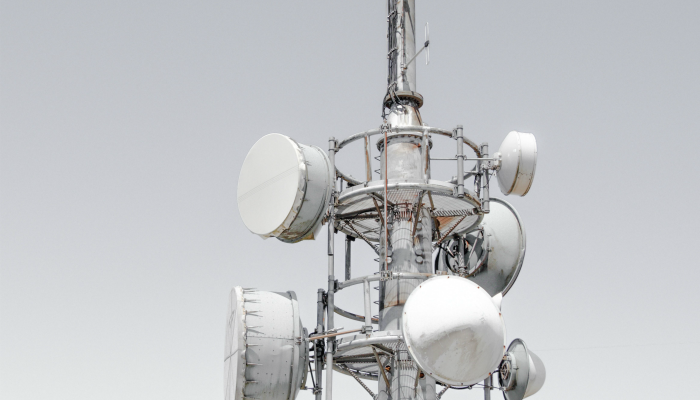 By Michael B. McNally

In 2018, many Canadian librarians, libraries and library associations actively participated in the statutory review of the Copyright Act. And with good reason: Copyright plays an important role in mediating access to information in library contexts. However, it should be asked how involved the library and information science (LIS) community has been in the other major statutory reviews that help govern access to information—the statutory reviews of the Telecommunications, Broadcasting and Radiocommunication Acts [1]. Although the publication of submissions has been curiously delayed [2], the list of 124 stakeholders the Review Panel met with is notably absent of any involvement of the LIS community [3].

While telecommunications policy in particular may not be viewed as a core issue in the LIS field, the policy asserts a primary influence on the digital divides including issues of rural broadband connectivity and of digital literacy, which are central library issues. Despite the importance of telecommunications policy to the field, over the past 25 years, the Canadian library community has evinced declining interest in participating in telecom policy consultations. The result is, to a degree, less emphasis in telecom policy on public libraries serving as a key means to address the digital divides and digital literacy. 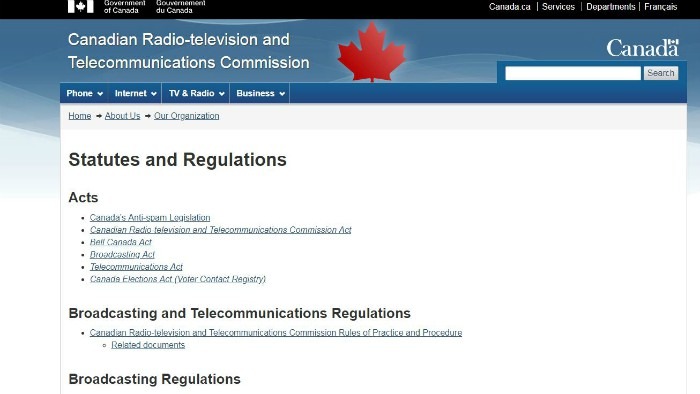 It hasn’t always been this way. Roughly 25 years ago, when internet policy in Canada was first taking shape, the LIS community had a much more prominent role. The Information Highway Advisory Council (IHAC), the 30-member expert panel created by Industry Canada that produced two key early reports (1995 and 1997) on internet policy, included two members of the LIS community:

One result of IHAC’s work was the Community Access Program (CAP), which, at its height, funded public access to the internet at approximately 8,800 sites, most of which were public libraries [5]. In 2001, the contributions of the LIS community to internet policy were reflected in the inclusion of Wendy Newman (CEO of Brantford Public Library) on the National Broadband Task Force [6]. As late as 2010, there was more sustained participation from the LIS community in the digital economy consultation [7].

However, the past few years have resulted in significantly less engagement from the LIS community in policies debates. In 2015–16, the Canadian Radio-television and Telecommunications Commission (CRTC) conducted a major review of what constitutes basic telecommunications services, and the central issue was, should broadband be declared a basic telecommunications service? [8] While Canadians participated actively—there were over 300 written submissions—Canada’s largest libraries and associations were silent. Unsurprisingly, in the CRTC’s policy decision, there was only passing mention of the role libraries could play, and this conclusion was based on comments from the First Mile Connectivity Consortium and the Kativik Regional Government. [9] 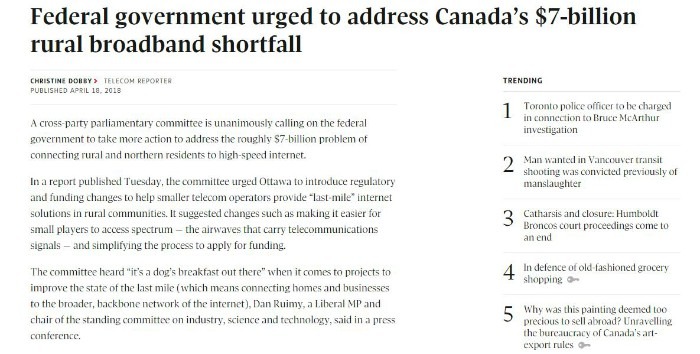 In 2017, the House of Commons Industry, Science and Technology Committee (INDU) undertook a major review of rural broadband connectivity. Again, silence from major library associations, [10] and just a small note in the Committee’s report that funding could go to libraries to provide high-speed access to the communities. [11] The lack of participation in the INDU study is particularly notable because, at the same time, Canadian Federation of Library Associations was busy advocating for more broadband funding. [12] One notable exception to the trend is the participation of the Nunavut Library Association and B.C. Libraries Cooperative in the CRTC’s consultation on a $750-million broadband fund. [13]

The profession’s disengagement from telecom policy consultations has important consequences. Libraries have been almost completely removed from broadband policy decisions. While this decentring occurred with the wind-down of CAP in 2009, to some degree, it appears that the library community has acquiesced to this outcome. Furthermore, library voices, which speak to library values like access to information, are not being sought out by policy-makers, as evinced by the lack of engagement with the LIS community by the Broadcasting and Telecommunications Legislative Review Panel.

Finally, and most importantly, moving out of policy discussions on broadband connectivity may have implications for how policy-makers view libraries with respect to digital literacy. In 2018, Innovation, Science and Economic Development unveiled a $29.5-million competition for funding to deliver digital literacy programs (known as the Digital Literacy Exchange program [DLEP]). While everyone in the library community likely agrees that libraries, particularly public ones, are excellent venues to conduct digital literacy education, as the funding announcements for the DLEP begin in 2019, it will be interesting to see how much money flows to libraries versus other venues.

Given that the consequences of turning a blind eye to telecom policy weigh heavily on libraries, perhaps it is time for the library field to re-evaluate its participation, or lack thereof, in telecom policy consultations and to make its voice heard.

Editor’s note
I initially asked Michael to comment on the controversy surrounding the arrest of Huawei executive Meng Wanzhou and concerns about China’s involvement in the development of fifth generation (5G) cellular mobile communications. He proposed this article instead because he thinks the lack of LIS participation in key policy debates is the larger and overarching issue for our sector. We’re glad he did—especially as some of us live in rural communities.

Michael B. McNally is an associate professor at the School of Library and Information Studies at the University of Alberta, and his research interests include intellectual property and its alternatives, open educational resources, rural broadband policy and government information policy.