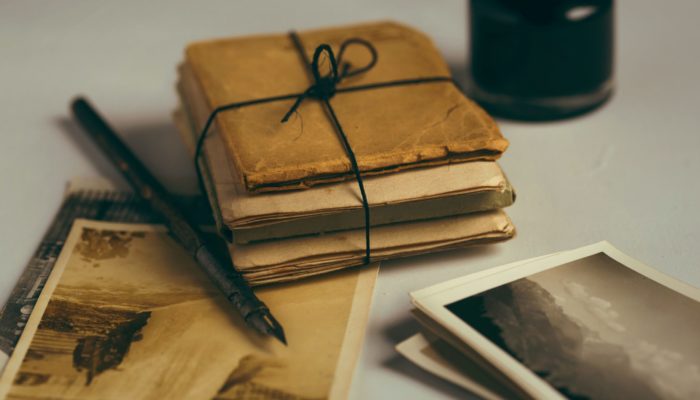 These notes, the sound of the bugle, the snap of the flag, along with my family stories of relatives lost or damaged in World War II, are primary sources of my understanding of the impact of war. Like many of us, I missed the opportunity to attend the Remembrance Day ceremony that is always held on my campus to mark November 11. However, that day my colleague Lloyd Keane sent an email to all library staff that helped to fill the gap. In the email, Lloyd (an archivist) shared part of a letter that a field service officer wrote to his parents during World War II, an officer who knew that war would make him sadder and wiser. While I couldn’t join others in a formal university ceremony at 11:00 a.m., as Lloyd pointed out, this letter (and other first-hand accounts of war-time events) can help us all “apprehend the complexities of the human condition” that are central to our collective memory.

Carleton University is an institutional child of the two 20th century world wars. Henry Marshall Tory, Carleton’s first president, already believed in education for acting members of the military as well as veterans—he had been helped to establish the Khaki University during World War I. And local businessmen, such as William Connor, believed that the young people who had flooded into Ottawa during World War II to support the “war effort” needed opportunities to continue their studies. Through the efforts of Tory, Connor, and other civic leaders, Carleton College was founded in 1942 and began offering courses to students already living in the city and eventually to veterans. While some veterans completed degrees at Carleton, others went there to work.

One of these veterans was Norman Fenn, who started at Carleton as the athletics director in the early 1950s and held a number of roles before he retired in 1980. [1]

Norman Fenn died in 2004 and, in 2018, archival materials were donated to Carleton University through his estate. Lloyd (an archivist and Carleton’s rare book collection coordinator) is in the process of transcribing the letters which form part of this archival collection.

Fenn was an American from Berea, Kentucky, and he wrote to his parents while he was serving as a lieutenant with the American Field Service in India during World War II. On Remembrance Day of this year, Lloyd came across the following section of a letter dated February 28, 1944 and thinks that it provides “an interesting insight into war and how humans can adapt to terrible conditions and experiences”.

Here is the excerpt from that letter, which Lloyd has transcribed “as is,” i.e., with typos and spelling mistakes. All “editorial” comments appear in [square brackets].

Life out here is still going as its interesting, fast pace…everyday something of interest and stimulating occurs. I really get a cross section view of the goings on and am learning lots . . . I’ll be a sadder wiser boy when it’s all over, but I am better prepared that some of my fellows . . . They are now seeing things in a different light . . . many are having their first contacts with death and other situations that aren’t regular things in normal life . . . All these incidents bring about maturity / and different thinking…The psychological changes are most interesting . . . I was in the operating room the other night..an urgent case demanding one of my ambulances. It was an eye injury which would probably means the lose of the sight in that one eye….After the operation and just after the case came out of the anesthetic he asked: “What’s it like Doc?” Major: Pretty bad..probably will lose the sight of that eye.” pause, Patient: Well, I suppose one eye is better than none.” There was another case where a native soldier was on the hunt for a sniper….he couldn’t see well in the jungle so he climbed a tree..about half way he looked up to find that he climbed the same tree as the sniper. He was shot through the shoulder . . . but the idea of climbing the same tree as the sniper was so funny to him that he ran to his fellow soldiers, laughing, and told his story. All of these incidents are most interesting to me from the psychological point of view. There is also humor . . . when enquiring of one of the drivers the other day as to why the rip on the top of his canvas his reply was: “I couldn’t help it..the was a low branch.” To which I replied: Wasn’t that a rather stupid act?” Ans: No, the branch was too well camaflouged (sp.)” Ques: “What do you mean camaflouged?” Ans: “It was covered with leaves.” his seriousness made the thing a whale of a joke. And so goes life . . . I think (if I could write) I could write a book after its all over on just such tales. Really I am always making new contacts and seeing and learning lots.

Believe it or not, I am now in the poultry business . . . that is I possess three chickens and one duck  Poultry products are scarce and expensive so I figure I might as well take up a side line or two. . . Now just so the damn things lay some eggs so as to make them a good investment  . . . then I’ll be satisfied. One cock and two hens . . . may have young ones. The duck is male, but I am hot on the trail of a female so there, also, reproduction (mass I hope) will soon be under way. I lost my heart to a cute pup the other day and almost purchased it from the native owners, but sentimentality ruled and I lost. However, I haven’t admitted defeat . . . I guess all I need now is a cow. 😊 [drawn happy face]

As an historian, I am partial to primary sources. Letters, diaries, photographs, newspaper articles from a period, musical scores, films . . . all of these sources invite us into the lived experience of others and give us the chance to understand something of events, individuals, and communities that we might not otherwise be given. I have no doubt that many of us are holding onto such sources from our own families as ways to remember not just war but the myriad of moments that make up everyday life and contribute to the resilience of the human spirit.

Lloyd Keane is the Archives and Rare Book Coordinator for Archives and Special Collections at the Carleton University Library.

Martha Attridge Bufton (MA, MLIS, Graduate Certificate in TBDL) is the Open Shelf editor-in-chief and a member of Editors Canada. Martha is the Interdisciplinary Studies Librarian in Research Support Services at the Carleton University Library and her research interests include game-based learning and culturally responsive pedagogy. She can be reached at martha.attridgebufton [at] carleton.ca.