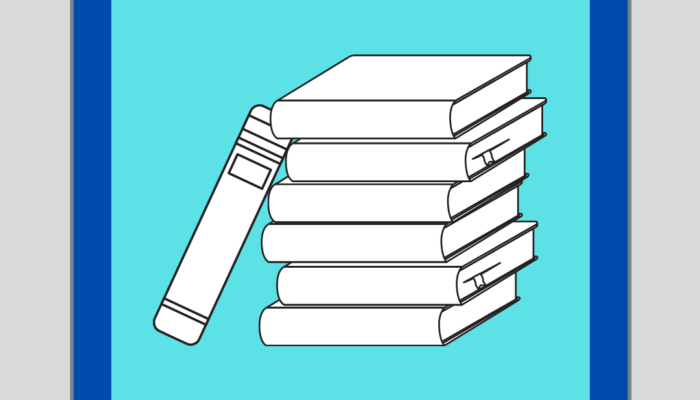 I have the great privilege of being old, and as a Chinese Canadian librarian, I have assembled this reading list of sources that have helped me grapple with questions of my own identity as an Asian Canadian. I hope this reading list helps the next generation with their struggles to be seen.

My parents immigrated from Hong Kong to Canada in 1968 when I was 9 months old, so I consider myself to be a second generation Canadian, even though I was not born in this country. They were both professionals who rejected offers from the United Kingdom, the United States and Australia in favour of Canada, lured specifically to Ontario by an attractive salary and enviable benefits during a time when the provincial government was desperately seeking educated and experienced healthcare workers.

I grew up in northern Ontario and as is typical of BIPOCs in the 1970s and 1980s, throughout public school, me and my siblings were the only Chinese students. Yes, of course we experienced the full spectrum of racism and race hatred from the overt to the subtle and systemic. I was thrilled to leave that region for the promise of inclusion in large multicultural cities.

During graduate school in Baltimore in the early 1990s, legendary Asian American author Frank Chin visited to host a session on Asian American identity. The session was very well attended by young domestic-born Asians like myself but unfortunately, though not surprisingly, the discussion was dominated by a young white American-born man who claimed Polish descent. I left the session disappointed but with the heavy realization that nobody was going to forge an Asian American/Canadian identity for me and that I and others of my generation would have to do the hard work of defining that identity, whatever that meant.

That’s when my lifetime habit of reading about Asian Americans/Canadians and searching for representation started. A lot has changed since the 1990s and I am heartened to see highly visible Asian Americans/Canadians like Ali Wong, Randall Park, Adrian Tomine, Simu Liu, George Takei, David Chang and many, many others unapologetically embracing race and identity issues, but much more work needs to be done.

This is a very personal reading list of only nine titles selected from my own library of Asian American reading material, but these are some of the books that have helped me. Perhaps they will help you too. 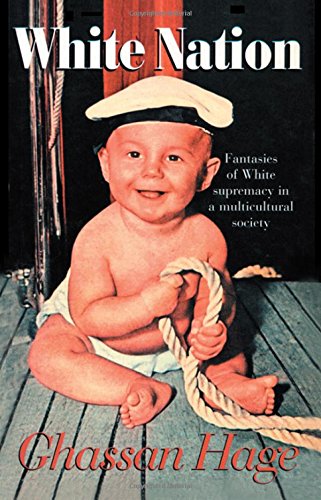 Systemic racism has long been recognized in academic circles ever since the term “institutional racism” was coined during the Civil Rights movement, but the topic never gained traction outside of universities until quite recently. Two decades ago, University of Melbourne professor, Ghassan Hage, authored this book about the complicity of governments and white multiculturalists in protecting and promoting systemic racism. Using Australia as the case study, Hage argues that white multiculturalists and white supremacists share the same framework and worldview that aims to keep white culture in power.

By shining a light on well-meaning white progressives, Hage asks the reader to question their motives and the institutional and governmental structures that promote white supremacy.

This passage turns the official political discourse on its head.

In the face of this destructive white tendency, some questions need to be asked: Are Whites still good for Australia? Have they been living in ghettos for too long? Are they dividing Australia? Do we need to have an assimilation program to help ease them into the multicultural mainstream?

Cathy Park Hong, a poet, uses this autobiography to pinpoint the conflicts of Asian American self-identity, describing with uncomfortable precision the inner panopticon, the mask of assimilation and a pervasive but buried self-hatred.

You hate that there are so many Asians in the room. ‘Who let in all the Asians?’ you rant in your head. Instead of solidarity, you feel that you are less than around other Asians, the boundaries of yourself no longer distinct but congealed into a horde. 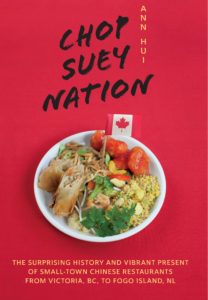 I include this title by Globe & Mail journalist, Ann Hui, for a bit of lighter reading on food and families in the context of identity and authenticity. The history of Chinese Canadian restaurants is a long one and serves as proof that we have always been here, even if we are often made to feel unwelcome or told that we do not belong.

There’s tons of great, authentic Chinese food all over the country… And yet this ‘chop suey’ stuff… is still everywhere. Why?

I am always stunned that this collection of essays was written in the 1970s because the raw and intense rage against all forms of racism which the author experiences seems (sadly) contemporary. I cannot imagine the courage that this racialized female author had to muster in order to produce this work almost a half century ago, only a few years after universities like Princeton, Johns Hopkins and countless others deigned to admit female students.

It’s not just the stupid racists that I have to do something about… To avenge my family, I’d have to storm China to take back our farm from the Communists; I’d have to rage across the United States to take back the laundry in New York and the one in California… Or it may well be that [my ancestors are] resting happily in China, their spirits dispersed among the real Chinese and not nudging me at all… 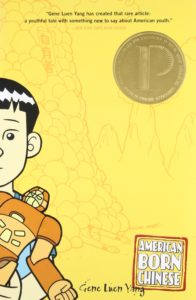 I was already past middle-age when this book was published, and yet this graphic novel helped heal me. It helped me let go of the rage and deep hurt, step back and become more deliberate and measured in my reactions and responses to racism.

This semi-autobiographical work reflects on the author’s experience of growing up in a small town as one of the few BIPOCs, striving hard to be “white” in order to gain acceptance from his classmates and draws parallels to the legend of the Monkey King, an animal deity who strives hard to gain acceptance from the human-like gods. Monkey’s antics in trying to be the equal to the human-like gods earns him the punishment of imprisonment until he is given the chance to redeem himself by helping a monk retrieve the religious Buddhist scriptures from India.

I would have saved myself from five hundred years’ imprisonment beneath a mountain of rock had I only realized how good it is to be a monkey.

This novel in the form of a TV script, written by Charles Yu, a Westworld screenwriter, highlights the marginalization of Asian American characters on television. It explores the cognitive dissonance between the American idea of Asians, whether as refugee immigrants or model minority, and the actual lived experience of Asian Americans.

Who gets to be American? What does an American look like? We’re trapped as guest stars in a small ghetto on a very special episode. Minor characters locked into a story that doesn’t quite know what to do with us. After two centuries here, why are we still not American?

This autobiography was written in 1945 by a woman born to Chinese immigrants and, although her ingratiating tone might enrage you, this book is an important document of the life of Asians in early to mid-twentieth century America. I think of it as the Asian equivalent to Little House on the Prairie.

I wrote with the purpose of creating better understanding of the Chinese culture on the part of Americans. That creed has been my guiding theme through the many turns of my life work. 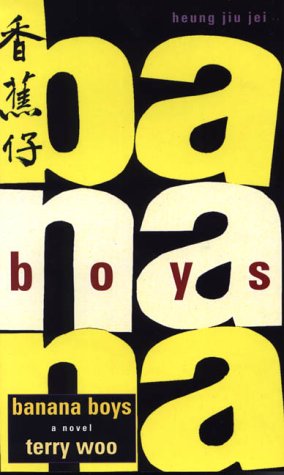 Canadian author Terry Woo wrote this novel in 1998 about a group of ‘Bananas’, twenty-something Asian males, growing up, “yellow on the outside, white on the inside” and struggling with the contradictions in their Chinese heritage and Canadian birthright. The novel was turned into a play and featured, most notably, Simu Liu in one of the lead roles. Readers may recognize themselves represented in this novel.

I know my failure to get into med school and move out of the house like a normal, matured offspring was something of an embarrassment to them. But they put on the face and carried on. As I did. It’s the Chinese way. While Western kids seem to accept the sacrifices made by their parents gracefully, the question in many Banana brains is, “Man, they’ve given me so much, there’s no way I can ever repay them.” Which is why my failures and personal desires were such awful gaping wounds in my life. I am not repaying them very well.

Frank Wu, a law professor at Howard University, writes about the history of Asians in America especially with respect to the law and government policies. He painstakingly describes the systemic racism at work behind both through meticulous case studies and data.

Asian Americans are made, not born… Our race, like anybody else’s, is an accident of birth. We are threatened, unlike most whites, by efforts to use our race against us… Like many Asian Americans, I had to learn what it meant to be Asian American.

Eva McDonald is a Systems & Eresources Librarian at Centennial College. The last racist incident that she experienced was while waiting in line outside of a Chapters bookstore in Scarborough on June 17 in the afternoon, when a white male passerby said, “Fucken chink, fucken chink, fucken chink”. The only other people in line, a white couple, cast their eyes downward. If the words that were quoted make you feel uncomfortable, just imagine how the author felt that day. She can be reached at emcdonald@centennialcollege.ca.