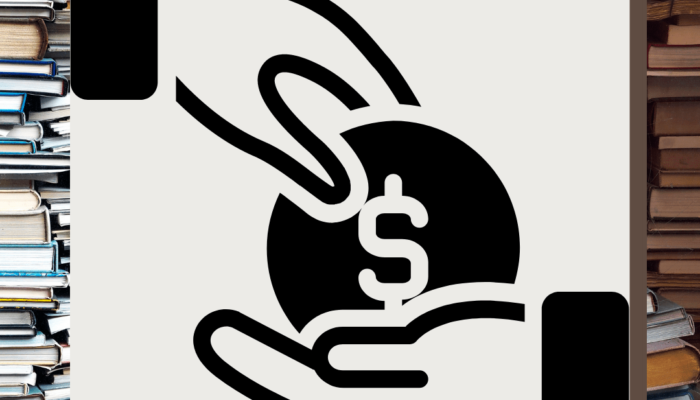 In the past, late fees were seen as a method of ensuring that our books were returned and that people were responsible when borrowing materials. It is, however, more complex than that—fines neither raise funds nor align with public libraries’ purpose. In fact, charging late fees for overdue materials is doing more harm than good.

In 2009 when I became Haliburton County’s library CEO, I made the decision to start charging fines, which is a decision I regret to this day.

At the time, the prevalent thinking was that the fees created a psychological incentive to return library materials, but it has since been proven that the exact opposite occurs. The fear of reprisal from the library not only means losing physical items from the collection, but also losing the vulnerable people in our community. Those people most negatively affected by fines are also the people most in need of our services.

The year I moved to Haliburton, there were two new branches in the midst of construction. Imagine my surprise when I discovered that the budget I inherited did not include the funds required for those moves. I was looking for every way possible to raise revenue, and charging late fees seemed like the perfect solution.

Fast-forward to 2021, when I was interviewing for my position at Orillia Public Library. The hiring panel asked me if I had ever made a decision that proved to be the wrong one and what I had done to correct it; instituting late fees was an easy example for me.

Thankfully, Haliburton went fines-free in March of 2020 and Orillia followed in June of 2021. I started investigating this topic when I was asked by the Orillia Public Library Board to report back on the possible cost savings from not charging fines.

What is our purpose?

There are many reasons why fines are now considered to be a bad thing. As Sabrina Unrein explains in her essay, Overdue Fines: Advantages, Disadvantages, and How Eliminating Them Can Benefit Public Libraries:

There are several cultural images that are pervasive when it comes to public libraries, many unchanging for decades. Unfortunately, one of the most well-known and perpetuated today is that the library is a punitive environment. If you are too loud, you are shushed, and if you don’t bring items back on time, you must pay a fine. Many of us see these as harmful and outdated ideas. However, these preconceptions cause shame to be closely associated with libraries, despite the fact that we know they are meant to be places of equity.

While some may associate this punitive atmosphere with the library space, punishment is not reflective of libraries’ stated goals. In fact, not charging late fees is more aligned with the real mission of public libraries. Orillia Public Library’s purpose is as follows:

We are a gathering place to share expertise, support learning, inspire connections, and create possibilities for everyone.

Libraries are developing a heightened awareness of equity and the impact of various barriers on the people who use our services. How can we claim to be for everyone, when we penalize some sectors of the population we serve? When considering who will be most impacted by paying fines, it’s difficult not to conclude that we are basically punishing people for being poor. There is another outdated notion sometimes offered up that charging overdue fines will somehow teach people responsibility. I don’t see anywhere in public library mandates that we exist to “teach responsibility” and punish people “for being irresponsible.” 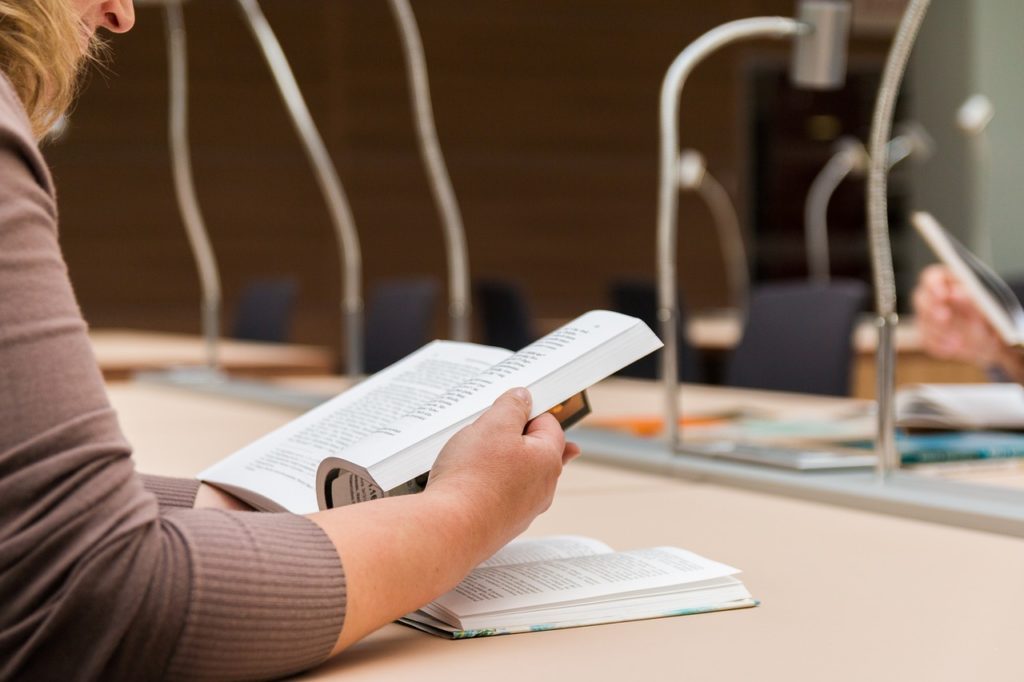 Hamilton Public Library has discovered that it costs slightly more in staff wages to administrate the collection of fines than is realized in revenue from the fines themselves.

Staff time taken up by the collection and administration of fines is always better spent concentrating on actual library service to patrons. In their study, Hamilton Public Library concluded that for every $100.00 taken in fines, it cost the library 5 hours in staff time. The average transaction was $0.95, which means that 105 potentially negative patron/staff interactions are required to bring in $100.00. That’s a lot of bad press and is extremely counterproductive while trying to build relationships and trust with our community.

Further, handling money comes with inherent risks, the most significant being clerical error and theft. If for every 5 hours of staff time we omit 105 transactions, staff are handling a lot less money and have a decreased chance of either making a mistake or being robbed.

When you remove a potentially negative interaction between library staff and library patrons, both staff and the public feel better about the library and the services we offer. Patrons are better able to learn about and take advantage of library resources when they aren’t concerned about negative repercussions.

In terms of replacing revenue from the loss of fines, (although as we have discussed there is clearly no revenue lost) there are some factors already in play:

For all these reasons, the writing was already on the wall that we would have to find other ways of generating revenue.

Eliminating late fees is an opportunity to wipe the slate clean and re-invite patrons to the library who may have been discouraged from coming due to fear of fines. The library can take on a marketing initiative that educates about what a modern library has to offer without there being hidden conditions to accessing those services.

Patrons no longer need to fear racking up extremely high fines for having a large quantity of items past their due date. Having had small children, I know that when borrowing picture books, you need a lot of them. You sure don’t want to be reading the same book over and over again (unless it’s Click, Clack, Moo or maybe The Very Hungry Caterpillar). If you have many titles out, you run the risk of much higher fines. Instead, we must encourage early reading and family interaction. Early child literacy is essential to child development, school readiness and fostering an interest in lifelong learning. For the benefit of everyone involved, we need to break barriers down, not build them up.

There are also library users who view their overdue fines as a donation to the library. These users are actually sad that they are no longer contributing to the library’s wellbeing. Unrein puts it quite well when she says:

Patrons who may have viewed the library fine as an opportunity to donate money to the library will still be able to but without the negative repercussions of punishing those who were unable to make such a ‘donation.’

Obviously, this is a great time to ask for donations. If you have people who are motivated to give, allow them an opportunity to do so. Put some of the staff time you have freed up by not collecting fines into a donation campaign. 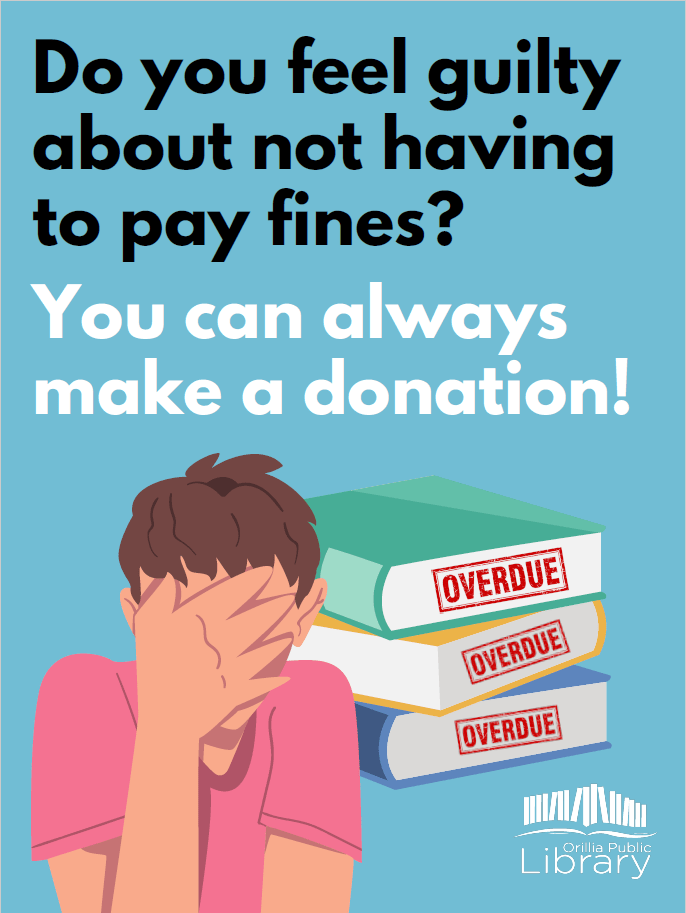 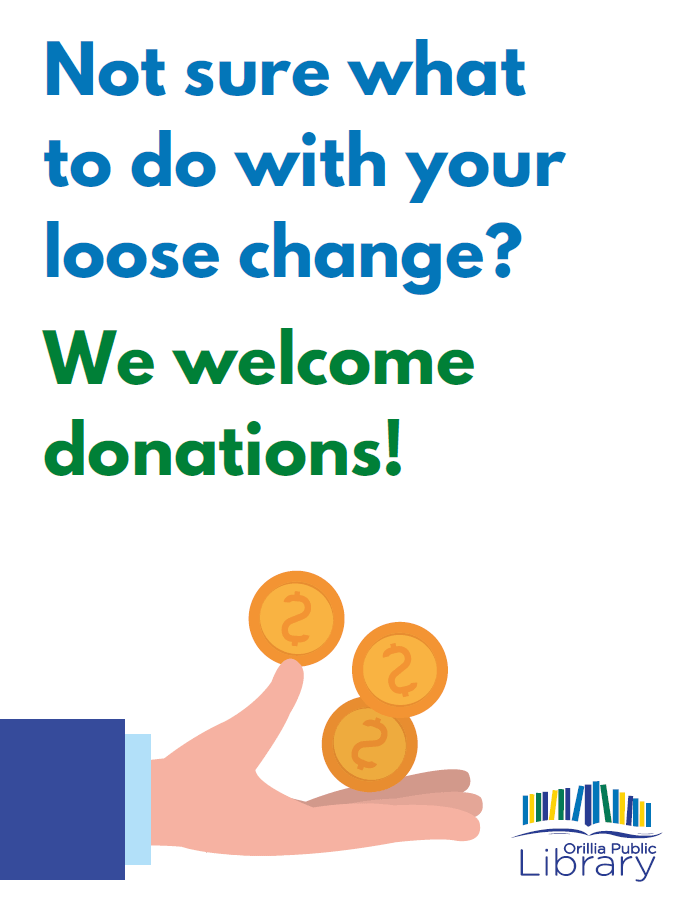 Not charging late fees has a positive effect on collections. Contrary to what we used to believe, library statistics prove that the elimination of fines has increased the number of items returned because people do not fear the negative reprisal from the library. Because the library is getting back so much more of its collection, there is a significant decrease in the amount of replacement books purchased.

Some libraries have also seen an increase in revenue from lost book replacement charges. When not faced with the unrelenting threat of overdue fines, people are more likely and happier to take responsibility for a book they might have dropped in the tub.

Because libraries are institutions of equity, we must not create barriers for our most vulnerable users out of false concepts like generating revenue and teaching responsibility.

Funding needs to come from people and organizations that can afford it so that everyone has equal access to the information, materials and programs we offer.

We need to work hard to win back the trust of those we may have alienated with our formerly punitive practices. We need empathy to discover what barriers we are inadvertently erecting as an institution and how to break those barriers down. We need to stop the incredibly damaging relentless micro punishments and concentrate on what really matters: building an accessible, equitable space that is welcoming to everyone.