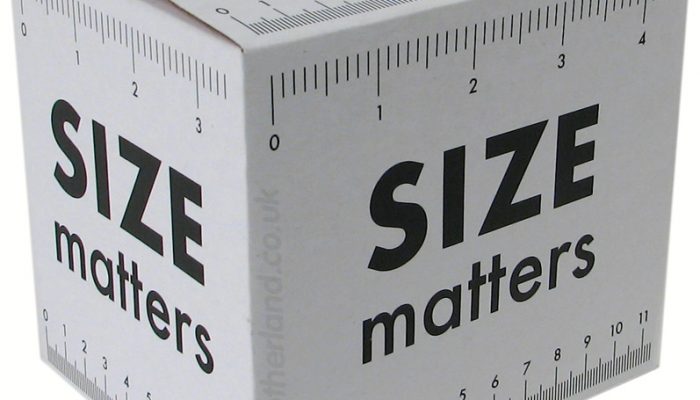 Wilberforce, Ontario is tucked under the southern border of Algonquin Park in the municipality of Highlands East which has a permanent population of 2,700 people over 758 square kilometres. The village proper includes an eclectic collection of residential housing and businesses: a long standing general store; a crossroads with a diner, the municipal office, and arena; a plaza-style assemblage of grocery store, liquor store, and bank; a fairground; and a vacant property for sale by developers, the prices of the lots unattainable for most who live there.

Most of the buildings in town have been hanging on for decades – a ramshackle collection that started out serving this mining town which is no longer a mining town, now repurposed for new needs in a tourism economy that barely serves the population.

But, there is a brand new library branch. 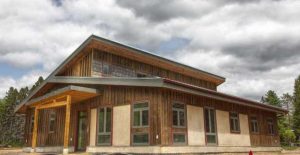 At the 2014 Annual Institute Library as Place, a presentation by library planners Jim Morgenstern and Rebecca Jones argued that no new library build should be less than 5,000 square feet, or be a standalone building. The Association for Rural Urban Public Libraries’ guidelines for service delivery do not address service populations under 1,000 permanent residents, which includes settlements in many municipalities including those in Highlands East.

When you ponder this academically it really is difficult to argue against. Libraries, like anything, are subject to economies of scale, and the library does need to be a cost-effective entity. There are many valid reasons to argue that it makes no sense to build a branch under 5,000 square feet or serve a population of fewer than 1,000.

However, there is one big argument that says a small branch makes perfect sense: the mandate of the library as an institution.

So what is the mandate of the library as an institution? While the words vary, the components remain the same – access to information in all of its forms, a safe public space, and equal services for all to name a few. As librarians we know all of this, as managers however we struggle under budgets and economic realities to make this happen. Evidence based guidelines are a great tool for managing this competition between intrinsic value and practicality, however we need to know when to use that tool appropriately – when perhaps we shouldn’t be trying to force a square peg into a round hole.

The new Wilberforce branch of Haliburton County Public Library had its grand opening on June 21st, 2014 with its bright and airy 2,200 square feet filled wall-to-wall with proud beaming citizens. The old branch was just over 750 square feet and was dark, musty, and completely inaccessible for someone with even minor mobility issues. Prompted largely by the requirements of the Accessibility for Ontarians with Disabilities Act, it was decided that the old branch needed to be closed and that a new branch would need to be built. 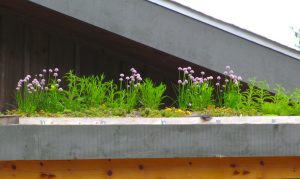 Given the tiny tax base of Highlands East, this was no small decision to make. Again, keeping in mind that no branch should be built standalone less than 5,000 square feet it could easily have been argued that the branch not be replaced and that the citizens of Wilberforce drive to another community in Haliburton County for library services. In a county approximately the size of Prince Edward Island, with no public transportation and where a tank of gas is often a trade-off for rent, groceries, or any number of life’s necessities, it becomes clear that driving to another branch for many is not an option, creating a barrier to equitable library service.

Despite much modern thought about how big library branches should be, and despite being one of the poorest communities in the poorest county in Ontario with a tax base to match, Highlands East saw library services as an essential service, with councillor Joan Barton stating that:

So, what do you do when you do something that the brightest and best experts in the field say you should not, and that you have very little funding to do? You get creative. Wilberforce, Haliburton County Public Library, and the Municipality of Highlands East needed to be creative not to prove anyone wrong, but to stop one of their few pieces of infrastructure from disappearing, amounting to another nail in the coffin for one of Ontario’s rural towns.

Thanks to openness to the unconventional, Wilberforce is now home to one of the most unique library branches in Ontario. Built with sustainable building methods including straw bale construction and passive solar by students in partnership with Fleming College, and on municipal land sitting vacant, the project cost $400,000 – one is hard pressed to build a house for that money.

The residents of Wilberforce rallied around the project making community enthusiasm as integral to this library as the straw bales of its walls, engaging in grassroots fundraising activities such as rummage sales, community theatre, and bake sales. The Wilberforce Library Launchers raised $40,000 toward the new branch. The Friends of the Haliburton County Public Library and Rotary Club of Minden provided funding for additional books. These multilayered partnerships ensured the success of a new library build in a town that, by the numbers, had everything going against it.

So why is there such a disparity between expert opinion on the nature of the modern library, and the reality of providing equitable library service?

At the core of it, there are two diametrically opposed pressures – the value of providing library services to everyone regardless of where they live or their walk of life, and the need to provide those services with limited resources. Unfortunately, and especially in a rural setting, limited resources often trumps equitable library service; while it shouldn’t be the case, living in a rural area often means one is automatically disadvantaged. 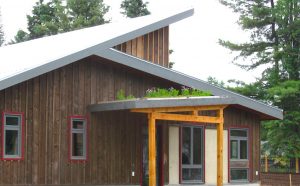 However, the story of the Wilberforce branch shows that this does not always have to be the case. It is a success story, and continues to be as both circulation and patron registrations are on the rise. It is also a success story that did not come easily – the need to replace Wilberforce branch came many years before the plan actually unfolded, it needed the rationale, political appetite, community buy-in, and financial opportunities to become a reality.

The Wilberforce branch does not completely defy the position argued by Morgenstern and Jones – who, it should be noted, enthusiastically encouraged debate and discussion around the topic. While falling under their stated 5,000 feet, the Wilberforce branch was not designed to be standalone forever. It was designed to be expanded in the future to create space for community use.

Already a community garden of fruit trees grows on the property, and enough property exists to build other multiuse spaces. Instead of the library being added onto an existing community service, in Wilberforce the library is leading the charge creating a seed of new infrastructure that will create future growth for a little community that deserves library services as much as any other.

As a footnote to this story – the old Wilberforce library branch building is now the temporary home of the Wilberforce Food Bank, its shelves now filled with food instead of books, feeding another need for the community. It couldn’t be a more fitting use.

*Please join me at the OLA SuperConference 2015 to learn more about the Wilberforce branch of the Haliburton County Public Library. Session 401L: It takes a village to raise a library: Building a community centred rural library will be held on Wednesday, January 28 at 2:15 pm.

Erin Kernohan-Berning is the Branch Services Librarian at Haliburton County Public Library. She is also the host of Haliburton County Reads on 100.9 CANOE FM. She can be reached at ekernohan [at] haliburtonlibrary.ca.