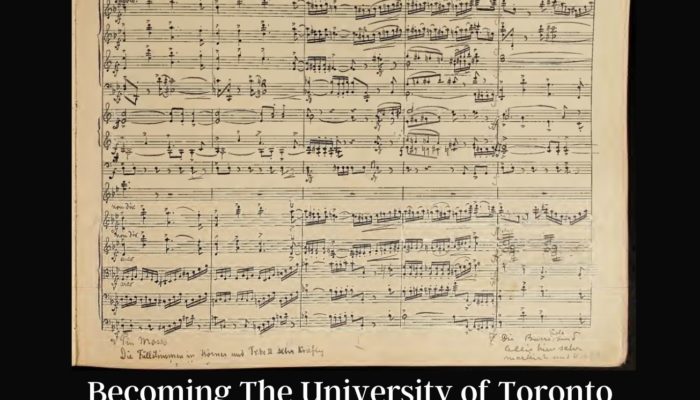 In 1921, the Faculty of Music at the University of Toronto (which had been established in 1918) took over the operation of what was then the Toronto Conservatory of Music’s library. This year marks our 100th anniversary, and we are grateful to the editors of Open Shelf and InsideOCULA for the opportunity to document our history, current state and special collections in a series of articles over the coming months. This month, Karen Wiseman walks us through the decision-making and process of rehoming the library’s performance collection.

What do you do with over 50 padlocked and chained filing cabinets full of ensemble music? In September 1991, the University of Toronto started the Performance Collection within the existing Music Library. For many years the music for large ensembles (4 choirs, 2 concert bands and 2 orchestras) was stored in a small room underneath our large concert hall. Under the initiative of the Dean, an Ad Hoc Committee was established to discuss a plan of action to relocate and to hire someone to manage and circulate these musical scores.  No more could a student slip away with a piccolo or trombone part never to be seen again—and what better place to store this music than in the newly built Faculty of Music Library?

In discussion with the Music Library Head Librarian Kathleen McMorrow, an agreement was made to take the ensemble music under the wings of the library. The Music Library had moved to a new location in June 1991, a spacious 2 floor area in the Edward Johnson Building’s new addition. A space was found on the lower level, Rm. E016, to house the new Performance Collection. The windowless location was an afterthought since the decision came only after the new library had been designed and the move completed. The Performance Collection would share its space 50-50 with the LP collection in an 828 square foot room. 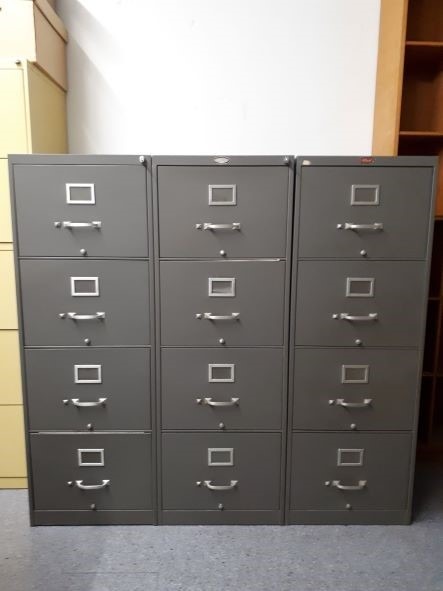 In the fall of 1991, 75 legal-size filing cabinets with padlocks and chains were moved to Rm. E016. A half time library technician, Karen Wiseman (the author), was hired and tasked with organizing and circulating the music to students. She would liaise with the conductors and student assistants for each ensemble. A Work-Study student assistant would help her during the academic year. This continued until 2018 when a year-round Student Library Assistant (SLA) was hired.

The circulation of performance sets is different than a single score signed out from the main Music Library. A set includes a conductor score and multiple parts, and individual parts are signed out to the student in each ensemble: singers sign out choral packets and instrumental students sign out parts based on the conductor’s placements for each piece. Each part is valuable to the set and if one part is lost the part must be found or replaced.

Once in its new home in the library, the locks and chains were removed permanently. The Performance Collection held open hours every weekday afternoon coinciding with the ensemble rehearsals which started daily at 3pm. The initial collection had 2,066 sets including choral, band and orchestral music. The collection was now available to circulate sheet music to the students of large ensembles and to current students for course assignments. The collection was expanded in 1992 to include jazz charts since a Performance Jazz degree had been added to the faculty’s offerings. In 1993 it was again expanded to include music education materials (easy level band and jazz sets and method books).

Now that a new location was found, the issues of storage and cataloguing were considered.  Compact shelving was purchased and installed in 1992 and 2006. This type of shelving allowed for maximum usage of storage space. The first cataloguing database was purchased from the Canadian company INMAGIC. The Performance Collection was considered a special collection from the outset because of the format needed for full scores and multiple individual parts. Head Librarian Kathleen McMorrow utilized INMAGIC customized fields to create a MARC-like record for this special collection. Later, the cataloguing system was upgraded to DBText and finally, in 2018, the records were migrated to the main University of Toronto Libraries (UTL) Sirsi library catalogue system and converted to OCLC records. When the UTL migrated from Sirsi to Alma in January 2021 the Performance Collection records were transferred to the new system. Throughout this time, the circulation of music was done manually and, to this day, the music has not been barcoded. Circulation was modelled on professional orchestra libraries where barcoding the music was not deemed necessary. 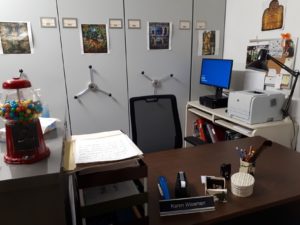 A unique aspect in the running of the Performance Collection is not only the collection it circulates, but the rental music it manages for ensemble performances. Unlike purchased music that is kept and catalogued, rental music is borrowed and returned. Concert repertoire which is chosen by the conductor for each ensemble is sometimes not available for purchase, so rental contracts and licensing became part of the work. In 2006 the rentals for major productions by the Opera Department were also taken over by the Performance Collection. A large part of the work is liaising with conductors within the Faculty of Music to borrow materials. Over the years we have worked with many great Canadian conductors including Victor Feldbrill, Elmer Iseler, Phil Nimmons, Robert Cooper, David Briskin, Hilary Apfelstadt, Uri Mayer and Ivars Taurin to name a few.

Perhaps it was a good idea that the original collection was held under lock and chain for all those years. Music Library staff discovered a unique item in 2015 while processing and describing the Kathleen Parlow fonds.  The autograph manuscript of Norwegian composer Johan Halvorsen’s Violin Concerto was “hidden in plain sight,” having been accidentally stored with the orchestral sets. You can read more about the Halvorsen discovery in the Music Library’s digital exhibition, “Kathleen Parlow and Norway.”

Since the removal of those locks and chains in 1991, the Performance Collection has continued to circulate ensemble music to all the major ensembles at the Faculty of Music. The print music collection has grown to include over 5,200 sets. Service during the pandemic has continued by accessing music online in public domain, purchasing pdf versions and renting music otherwise unavailable. Hopefully this essential work of circulating print and electronic scores and parts for the performance and study of great music will continue for the next 30 years unchained.

Karen Wiseman manages the Performance Collection at the Music Library, University of Toronto and was hired to set up the collection after graduating with her MLS in 1991. She can be reached at k.wiseman@utoronto.ca