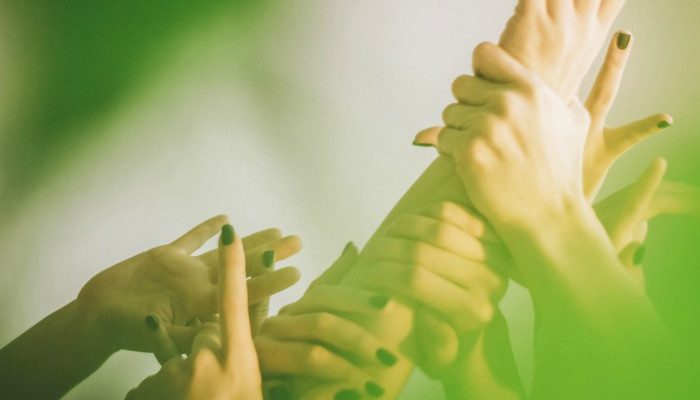 It is some 20 years since I wrote the working paper “Political correctness”[1] for the “Public Library Policy and Social Exclusion” research project (published as Open to all?[2]).

This working paper outlined the development of usage of the term political correctness, drawing on resources available at the time. (There is now a much more detailed outline of the history of the term—and the appropriation of it by different political groupings—available on Wikipedia[3].)

This article briefly investigates what has happened in the intervening years, particularly the actual and potential effects on libraries.

In the U.S., President Trump’s election campaign—and many of his utterances now that he is president—centre on political correctness. For example, as Moira Weigel writes:

“Trump claimed that Barack Obama and Hillary Clinton were willing to let ordinary Americans suffer because their first priority was political correctness. ‘They have put political correctness above common sense, above your safety, and above all else,’ Trump declared after a Muslim gunman killed 49 people at a gay nightclub in Orlando. ‘I refuse to be politically correct.’ What liberals might have seen as language changing to reflect an increasingly diverse society—in which citizens attempt to avoid giving needless offence to one another—Trump saw a conspiracy […]

During the first debate of the Republican primaries, Fox News host Megyn Kelly asked Trump how he would answer the charge that he was “part of the war on women’”[…]

‘I think the big problem this country has is being politically correct,’ Trump answered, to audience applause. ‘I’ve been challenged by so many people, I don’t frankly have time for total political correctness. And to be honest with you, this country doesn’t have time either.’”[4]

In a similar vein, some parts of the U.K. media have been running stories about the EU [European Union] ever since the U.K. joined in 1973, many of which built on the idea that the EU was overprotective (and ‘politically correct’)—and some media outlets and politicians created ‘fake news’ to support their argument, for example:

“In his submission to the Leveson inquiry on the British press in November 2011, Labour’s former U.K. government communications chief Alastair Campbell said: ‘At various times, readers of U.K. papers may have read that ‘Europe’ or ‘Brussels’ or the ‘EU superstate’ has banned, or is intending to ban kilts, curries, mushy peas, paper rounds, Caerphilly cheese, charity shops, bulldogs, bent sausages and cucumbers, the British Army, lollipop ladies, British loaves, British-made lavatories, the passport crest, lorry drivers who wear glasses and many more.’” [p12][5]

Quite apart from any other issues (such as the complete unsettling of a country which appears deeply divided even still), one effect of the Brexit referendum was to heighten racism and other issues:

“Reports of race hate and religious abuse incidents in Britain leapt by 41% in the month after the U.K. voted to quit the European Union (EU), leading to a call from the country’s equality watchdog for an end to political incitement and intolerant political speech. In a letter to all political parties the Equality and Human Rights Commission [[6]] said politicians had ‘polarised’ the country and “legitimised hate.”.”[7] [p32]

As noted above, social media have had a major role in changing the nature of debate: we seem to have moved into an ‘anything goes’ mentality, as a result of which any attempts to curb the excesses are called ‘censorship’, and people who spend their time trolling and haranguing others argue that they have a right to “free speech” which is being curtailed.

Indeed, many younger people (whom we could describe as being more self-aware or emotionally literate) have, instead, been branded “snowflakes,” being:

“[…] more prone to taking offence and less resilient than previous generations, or as being too emotionally vulnerable to cope with views that challenge their own.”[8],[9]

This is all explored in more depth in an article[10] by William Davies (who teaches political economy and sociology at Goldsmiths, University of London), which argues that:

“In this moral and political crisis [of what exactly the role of conservatives should be], the idea of free speech does what the idea of free markets can no longer plausibly do. A romantic ideal extracted from the past is seized and celebrated as a virtue that needs resuscitating. Meanwhile, the “snowflake” fills an ideological role once occupied by the “lazy welfare scrounger” or “feckless poor”.”

Similarly, the issue of “no-platforming” has become a big political issue. In the 1970s, it was common for far-right groups and speakers (such as the U.K. National Front) to be refused access to venues; more recently, however, this has become problematic (and party-political), with, for example, the then U.K. Universities Minister stepping in to tell universities that students should not prevent speakers from appearing at their university[11]. This is, of course, a complex issue which should not be over-simplified—there is much debate about the no platforming of Germaine Greer[12] and Peter Tatchell[13], for example. 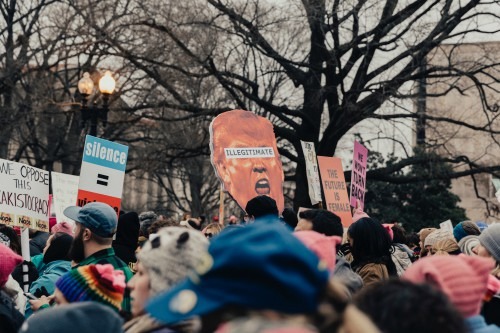 So, what should ‘political correctness’ be about?
Language changes. New words and terms are added, others fall into disuse—and some are questioned because times have changed since the words were first used.

It seems entirely proper that people about whom the words are used can also have a say in how they like to be described and referred to. To take one area as an example, the thinking about and understanding of disability has changed enormously over the last fifty years. As part of this, the language used to talk about disability has changed too. Terms which were widely used when I was a child (“spastic,”  “subnormal,” “Mongol”) have all, quite rightly, been replaced with more appropriate language[14].

It seems entirely correct to monitor, question, change the language to describe people.

“Freedom of speech and the right to freedom of expression applies to ideas of all kinds including those that may be deeply offensive. But it comes with responsibilities and we believe it can be legitimately restricted […]

Governments have an obligation to prohibit hate speech and incitement. And restrictions can also be justified if they protect specific public interest or the rights and reputations of others.”[15]

Strong reactions …
Yet these changes bring strong reactions. In the 1970s and 1980s, for example, it was common to meet people who were angry that the word gay was being used in its modern sense, and did no longer necessarily mean happy or jolly. The reaction to changes of or sensitivity over words’ meanings is often to argue that free speech is being hampered—even thoughtful commentators fall into this trap, for example:

“Trevor Phillips argues that liberalism and a fear of offending minorities are stifling legitimate debate and have laid the ground for Brexit and the rise of populist leaders like Farage and Trump.”[16]

For over 25 years in the U.S., this struggle has been short-handed as the “culture wars”[17], [18], the battle between progressive and conservative policies, and there is evidence that this is currently gaining importance in the U.K. too[19].

Recently, research[20] has begun to show that there may be a different driver of difference, based on how loose or tight a society is—and this depends on how under threat the community feels. This makes some sense in terms of the perceived threat of redefining terms, changing views on key issues, and so on.

Possibly one of the biggest areas of contention at the present time is trans rights, where all sorts of people see their traditional views being challenged or threatened. There is not space to go into this in any depth—a recent article[21] published in The Conversation sums up some of the issues brilliantly.

It is in this milieu that libraries need to operate. 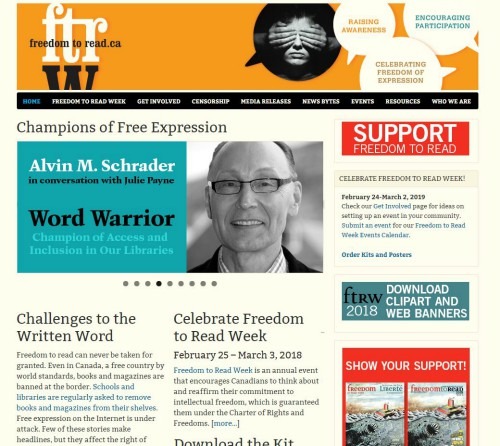 Libraries and political correctness
If libraries are to meet community needs—whoever their community may be—then they also need to understand community concerns and issues, embracing these and entering into dialogue. This is what makes librarianship exciting!

However, one response to the challenges of language has been for library staff to try to ignore them—or to fall back on the “not getting involved,” “libraries are neutral” arguments. These issues are far too large to discuss fully here: however, they are being picked up by parts of the profession, for example at the American Library Association Midwinter Meeting & Exhibits earlier this year[22], at which there were strong arguments (e.g., by Chris Bourg[23]) that library work is political and should not be neutral.

This theme was pursued in a Book Riot posting by Beth O’Brien[24], which neatly ties together many of the themes from this article:

“When it comes to hatred and discrimination, it’s not an issue of political leanings. It may be a Republican in the White House spewing and spreading this hatred, but it’s not about political party. It’s an issue of human rights and human decency. Here, the library can’t be neutral.”

Going back to my original Open to all? working paper is almost like visiting another country, so much has changed! However, some of the recommendations have stood the test of time, particularly:

“2. the development of materials selection policies to cover all forms of discrimination and social exclusion

3. ensure that the widest possible range of materials is made available, related to the needs of local communities, including for example promoting the writings of black authors, investigating the supply of stock which may not be easily available

4. training, both in areas of service delivery and stock awareness, including the development of staff training to combat all forms of discrimination and social exclusion […]

6. the Library Association [now CILIP, the library and information association] to reassess the Code of Professional Conduct in the light of the contradictions outlined above [25]

7. the Library Association [now CILIP] and other bodies to combat the erroneous information given about ‘political correctness’.” [pp 359-360]

It is timely, given the wider social and political changes going on around us, and the importance of libraries’ role in tackling “fake news” and upholding information ethics, that we now come back to our role in relation to the communities we work within, and find more ways of building understanding, rethinking our stance on issues, working with communities to grow.

To return to an issue touched on above—and to give just one example of how well libraries can listen to their communities—Essex Libraries issued a statement[26] in 2017:

“It’s now much easier to join the library if you are transgender or transitioning. We’ve also updated our approach to membership so that your details can be updated without fuss.

Customers now have more choice when selecting their preferred title. Feedback from customers indicated that we needed to offer a wider range of titles to meet their needs. This update to our systems means that in addition to the usual Mr, Mrs, Miss, etc. you can now choose from Per, Mx or prefer not to say. These options are not yet available if you join online but this is being worked on.

If you’d like to change the name on your library card it’s as simple as popping into your local library. It doesn’t matter if you no longer have ID in your old name, or don’t yet have ID in your new name. Staff will be happy to help and will update your information for you without ID.”

We have a huge amount to do. It may seem daunting, but it will also lead us to better connections with and understanding of our communities.

There is a very brief summary of this book at: Michele Gelfand “Here’s the science behind Brexit and Trump’s rise”, The Guardian, 17 September 2018, https://www.theguardian.com/commentisfree/2018/sep/17/science-behind-brexit-vote-trump.

John Vincent coordinates “The Network—tackling social exclusion,” a U.K.-based network of cultural and heritage organisations that work towards social justice.