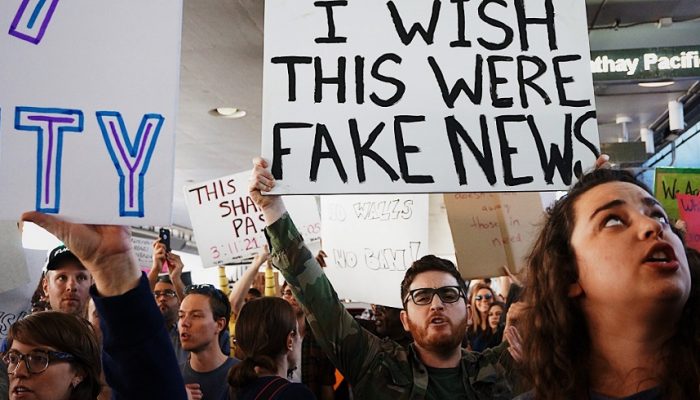 Although April Fools’ Day often comes with a few good laughs, in many ways I approached the first day of April 2017 with a sense of caution and uncertainty. In fact, that day I avoided the internet for the most part.

What is real? What is fake? To me, it seems as though we have been living in an April Fools’ year—the past few months have been challenging, with media constantly throwing around the term “fake news” and “alternative facts.”

I don’t particularly like the terms “fake news” and “alternative facts” and, while relatively new, this terminology seems to be drawing attention to an age-old problem: Propaganda. To some, fake news means news that doesn’t fit with their particular viewpoint. To others, fake news means news that can be used to twist facts and make up lies to fit their political agenda. However, in the end, fake news and alternative facts are becoming an exhausting, seemingly endless barrage of information (and misinformation) that we encounter in our daily lives.

Library staff, and libraries as public institutions that provide access to information, are in a strategic position to promote the critical consumption of information. On January 27, the International Federation of Library Associations and Institutions (IFLA) blog featured a useful counter narrative entitled Alternative Facts and Fake News – Verifiability in the Information Society. An infographic, How to spot fake news, appears in the blog and offers helpful consumer tips including:

IFLA encourages libraries to “download, print, translate, and share – at home, at your library, in your local community, and in social media networks,” and the infographic caught the attention of the media. Translated into over 30 different languages, senior CNN International reporter Christiane Amanpour included it her coverage of a Ukrainian news channel that was fighting fake news stories in early March.

The IFLA infographic was based on a factcheck.org article and video (below)—both are reputable resources for teaching the public about fake news.

In addition, last week I came across another good teaching tool, an online game called Fake it to make it. The game is the brain child of Amanda Warner, who designs courses, games, curricula, and other experiences that focus on real-world change, skill-building, and motivation. Fake it to make it puts players in control of an online news site, with the intent to reach a financial goal.

While Warner has simplified some of the underlying concepts for the sake of playability, her inspiration was a news report about Macedonian teens who created fake news for profit (video below).

Warner encourages people to use the game to become more aware of thinking critically about online content. As she explains, “I think that better understanding how and why we are manipulated by others, for profit or power, is worthwhile knowledge to have.”