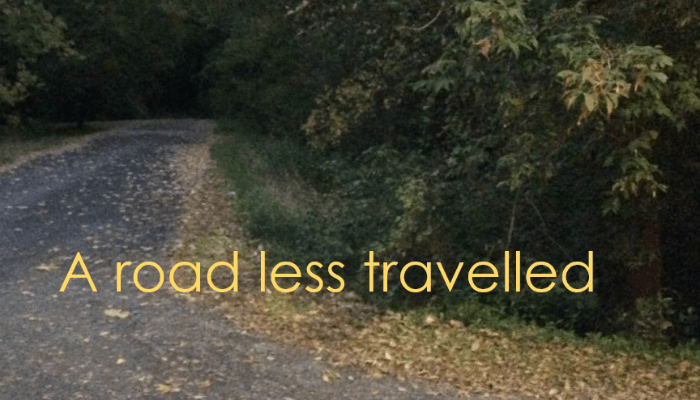 The road less travelled: Using training and knowledge in unexpected ways in libraries and elsewhere


This column features professionals, those who have traditional library and information training or those with other areas of expertise, who have taken a “road less travelled” by applying their knowledge and skills in unexpected ways or places related to libraries.

Inspired by Robert Frost’s famous 1916 poem The road not taken, we are exploring and celebrating their “non-traditional” work.

Hands-on, or experiential learning, is certainly about providing opportunities to do things: Bake a cake, change a battery, create a chemical reaction, build a house, record a radio show. But this form of learning is more than just simply doing. It’s also about doing to transform.

Certainly that is the hope of Larry Thompson, the master printer in the new Carleton University Library Book Arts Lab.

“This is not an arts studio; it’s a lab,” he explains. “We’re trying to create students and scholars who have another dimension in their education. Hopefully, [they] go back to their studies carrying that with them.”

Larry has a background in English literature, writing, and printing and joined the Research Support Services (RSS) team at the Carleton library last fall.

He collaborated initially with RSS head Patti Harper and Robin Norris, then chair of the Carleton department of English language and literature. Later, he worked with library colleagues, including Kiah Russell and Justin Ball, to transform two rooms into a creative space in which students, faculty, library staff and members of the broader community, to learn (and learn about) book arts including printing, woodcutting, calligraphy, block printing and paper decorating.  In so doing, he has become a “teacher with a press” and has helped to enhance and extend our understanding of “what libraries can be in the future,” for students in the arts and social sciences and for the community as a whole. 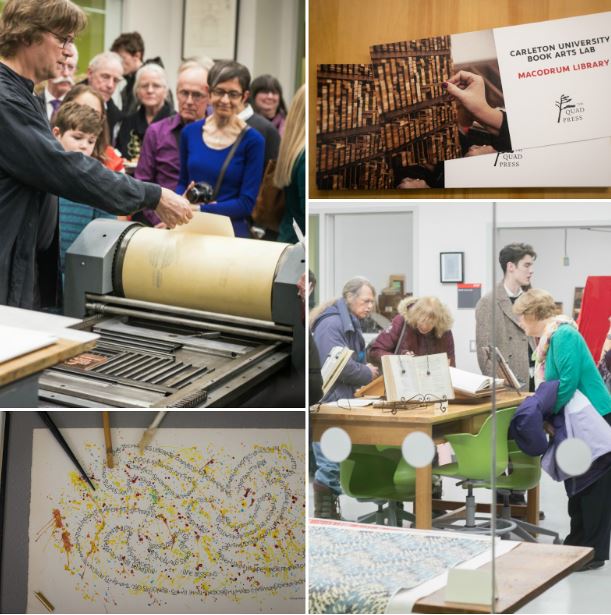 The Carleton University Library Book Arts Lab opened officially in November 2019. Master printer Larry Thompson (top left) demonstrated a number of the book arts that students, faculty, staff and the public can practise in the new learning space. The lab includes two areas: One for the presses (top left) and one for “crafts” such as calligraphy, paper decorating and bookbinding (bottom, right).

Take a listen to our conversation and find out more about how a non-traditional library staff member is not only offering hands-on learning opportunities on campus and beyond but also ensuring that print is not yet dead.

Teacher with a press transcript

Along with library staff Kiah Russell (left) and Justin Ball (centre), Larry (right) ensured that lab equipment, such as woodcutting and engraving tools, and the Chandler printing press (right) were properly set up and ready for use last November.

Larry has ensured that library staff have had (and will have) opportunities to work in the lab, both to assist with teaching sessions and to use the equipment for projects such as this “Happy Holidays” print. As Larry explains in the following clip, staff went into the lab just before the holiday break to learn how to set type and make a print.

Carleton University Library staff learned how to set type and make this seasonal print … just in time for the holidays! 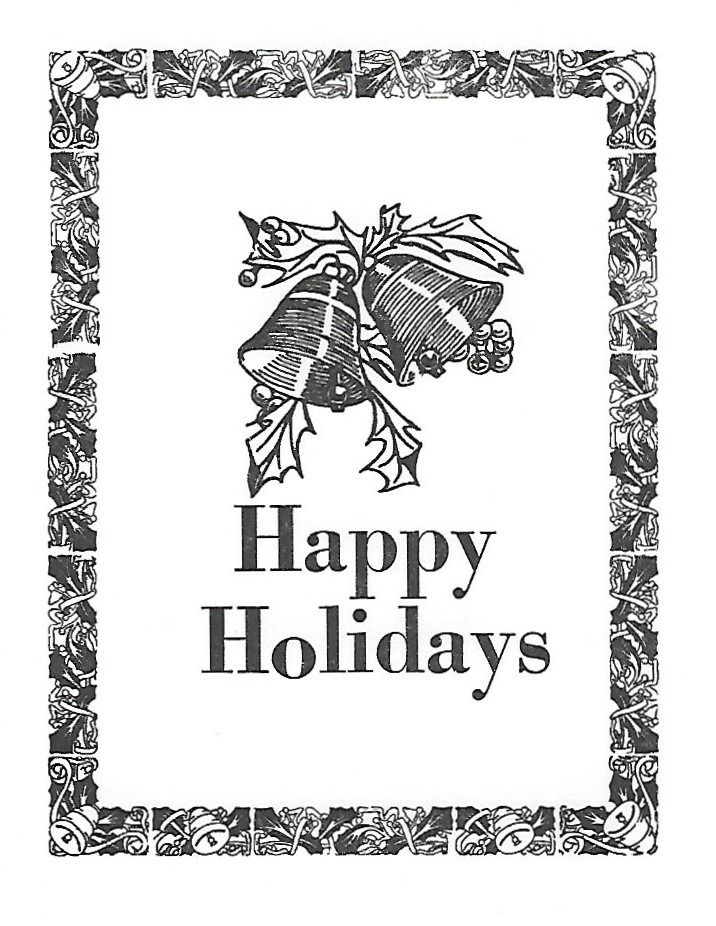 Larry Thompson is the Master Printer in the Carleton University Library Book Arts Lab. He achieved his BA (Hons) in English Literature at Carleton, and he is delighted to return there after a brief absence of 30 years. In the interim, he laboured as a freelance writer and a letterpress book artist. He can be reached at larry.thompson [at] carleton.ca.

Martha Attridge Bufton (MA, MLIS, Graduate Certificate in TBDL) is the Open Shelf editor-in-chief and a member of Editors Canada.  She can be reached at martha.attridgebufton [at] carleton.ca.

This month, The Library IT Crowd features Darcy Glidden.

“Offence and harm” is one of our core editorial principles and it may be problematic as many of us may not fully understand either the legal definition and implications of this concept.

Each time communication and media markets shift, changes may not necessarily benefit those of us who ultimately consume the content.
Poll