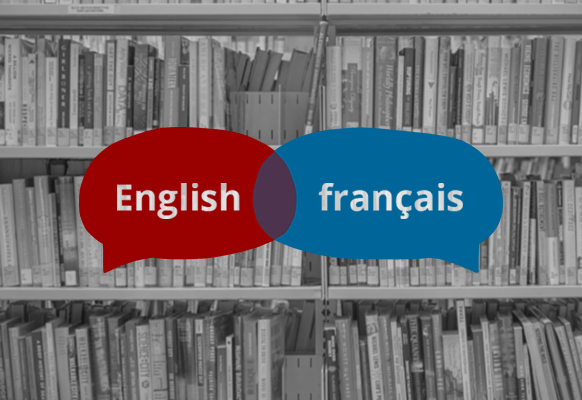 This article is the first in a three-part series exploring the challenges of offering French-language library services in a majority anglophone environment. If you would like to read this article in French, you can do so here.

Katherine was delighted to be offered a position in a bilingual public library as her first full-time job out of library school. It would serve as an opportunity both to deepen her knowledge of French-language literature and culture and to use her French on a daily basis. At the same time, she anticipated there would be a learning curve to using the language in a library context, considering her limited experience using French outside of classrooms or travel.

She was right on both counts; working with francophone colleagues was a wonderful opportunity to learn and discover. But she would be surprised to discover the scale of the obstacles on the road to becoming fully fluent in the library context.

Second, running the branch’s bilingual storytime highlighted the fact that Katherine had learned French as an adult. Library pre-literacy programs are filled with songs and rhymes for young children that are not included as part of post-secondary language-learning curriculums. Consequently, Katherine arrived at the branch knowing no fingerplays or rhymes, and only two French children’s songs: Sur le pont d’Avignon and Alouette. While there are many resources of songs and rhymes in print and on the internet, these were difficult to use without a basic knowledge of the melodies and the cultural context of the local francophone community.

Third, providing reader’s advisory services requires an awareness of authors, titles and series, and the vocabulary to adequately describe the genres and the flavour of the titles. Katherine was starting out without a tool like NoveList to help in finding title recommendations, and she was limited in her literary descriptions (e.g. “This murder mystery is part of the Scottish Noir genre. The novels are gritty, fast-paced, and anchored by a tenacious and driven detective” would become “C’est un mystère en Écosse et il y a beaucoup de livres dans la série. C’est très bon. L’inspecteur est intéressant”).  This meant that developing recommendations for customers, booklists and displays took a huge amount of time and research.

Isn’t that enough to make your head spin? 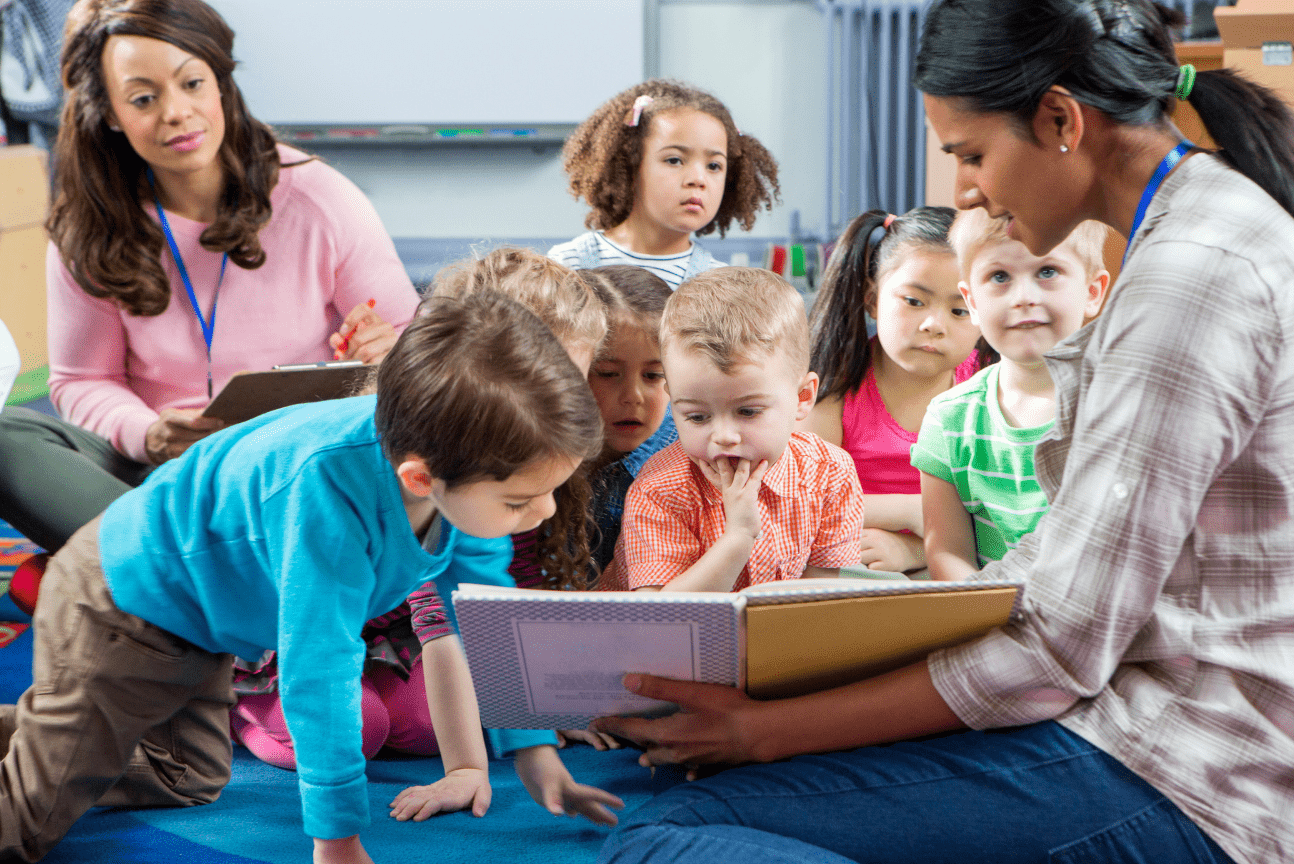 In response to this challenge, Katherine started a personal document of useful French terms which grew into a large personal lexicon. She soon realized that the resource could benefit others, but only if a Francophone joined the project to validate the entries. Fortunately, around this time she met a new colleague who had an eye for detail and a degree in Lettres françaises.

Claire was eager to join the project, as she was also experiencing difficulties working in French despite being a Francophone. Having completed her library studies at Dalhousie University, Claire had learned the vocabulary and concepts of the field in English. When she began working in a bilingual environment and providing services in French, she had to spend a considerable amount of time researching the translations of specialized terms so she could include them in her posters, messages, or, personally, in her job applications. Sometimes it was easier to use the English term (je ferai un nouveau display après mon outreach de ce matin) or even to give up and write the email in English.

In addition to the vocabulary difficulties, Claire experienced similar challenges to Katherine in other areas. Without French-language tools to support her work, certain tasks became onerous. While her repertoire of rhymes was sufficient for preschool storytimes, it was surprisingly time-consuming to assemble enough content for kids under 18 months. Not all of the rhymes she knew were suitable for that age group, and searching for songs to fit a particular need (ex: lap bounce songs) is not straightforward.

Finally, while Claire was well versed in French authors and literature, she found that reader’s advisory based only on one’s own reading, knowledge and experience was much more limited than what can be provided by using a tool such as NoveList. Claire found the quality of her work in French suffered because the resources that could help her enhance her work were fewer, lesser known and harder to discover.

Although the project started as a dictionary, it soon became clear that the challenges went beyond vocabulary. 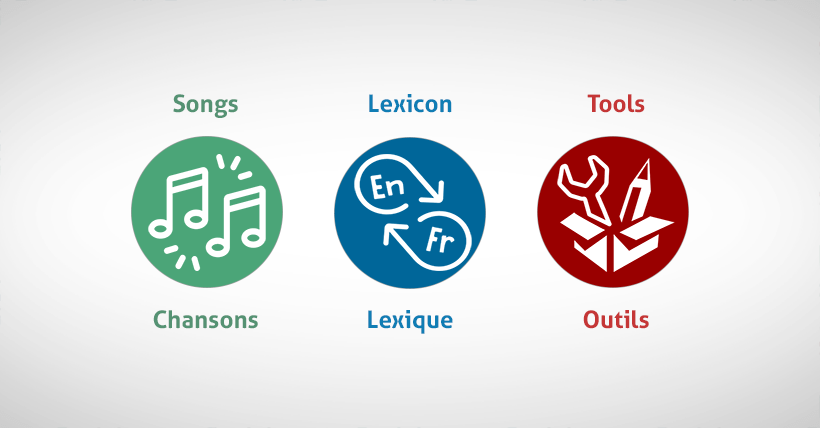 With this realization, our vision expanded to become a website with support for French-language literacy programming and resources to facilitate the use of French in a general library work environment. In early 2021, we launched the first version of the resource, Library Lexique, at www.library-lexique.ca.

This fall and winter, through Open Shelf, we will discuss some of the challenges surrounding bilingual library services which we have explored through developing Library Lexique.

In our second article scheduled to appear in November, we’ll look at specialized vocabulary and the process of creating a lexicon. We will share our experiences and some questions that we faced in its development. We will also explain how we translated the terms in the field.

In the third article in January, we’ll discuss children’s programming in French. This will include the selection of appropriate books, rhythmic differences between English and French nursery rhymes and explanations of how an anglophone presenter can confidently introduce some French into their programs.

The challenges in providing French-language library services can discourage its use in the workplace. But it is a valuable skill and service in libraries. As we explore this topic over the next few months, we invite you to reflect on your personal experiences with French language services and the needs of your users.

In what ways does your library or workplace offer services in French?  Take the poll in the sidebar to share!

Katherine van der Linden has worked for the Ottawa Public Library since 2014. Her journey to French fluency has been an enriching experience, both professionally and personally. En route, she developed the YouTube channel 1,2,3 on chante! as a project for OPL, and co-founded Library Lexique as a personal endeavour.

Claire Dionne works in records and information management at a small federal government institution, and has worked in public libraries on a casual basis for over 10 years. A proud Francophone and a language major, co-creating Library Lexique has allowed her to put her habit of watching out for proper use of the French language to good use.

Katherine and Claire can be reached at librarylexique@gmail.com.

Becoming the University of Toronto Music Library: Wrapping Up our 100th Anniversary Year
In 1921, the Faculty of Music at the University of Toronto (which had been established in 1918) took over the operation of what was then the Toronto Conservatory of Music’s library. This month, we wrap up the series by looking back at the ways we celebrated this year.
Describing Music Materials So They Can Be Found
Music materials are unique items in the library world and must be approached in ways that consider the many different formats and content types. James Mason provides an examination of the considerations that factor into describing music materials so they can be found.
Access points: 4 Steps to gain metadata experience in academic libraries
Metadata helps us organize our collections and empowers users to find information—but how do new library and information science professionals access these skills for themselves?
793.73: Quotable creeps